US waives Iraq sanctions for 45 days 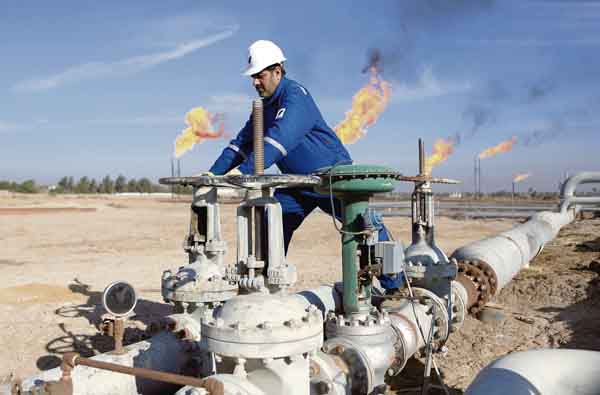 In a statement Wednesday, the U.S. State Department said the waiver “ensures that Iraq is able to meet its short-term energy needs while it takes steps to reduce its dependence on Iranian energy imports.”

The U.S. has applied stringent sanctions on Iran that punish any country trading with it.

The issuance of the waiver came amid fraught U.S.-Iraq ties following an American drone strike that killed the top Iranian general, Qassem Soleimani, near Baghdad airport on Jan. 3.

Washington had expressed willingness to extend the sanctions waiver, which was due to expire this week, Iraqi officials told The Associated Press, on the condition that Iraq provide a timeline detailing a plan to wean itself off of Iranian gas dependence.

The two officials said the U.S. issued the waiver anyway and offered the possibility of a longer time period if Iraq produces the requested timeline. They spoke on condition of anonymity because they were not allowed to speak publicly about the matter.

In its statement, the U.S. State Department said: “Iran has proven itself as a highly unreliable source of energy for Iraq. Reducing Iranian energy imports is therefore paramount for Iraq to achieve energy security.”

The new waiver gives Iraq just 45 days to show Americans that it is making good on conditions to boost domestic gas supply or find alternative sources for power, and lessen its reliance on Iran. The previous waiver, issued in October, had given Iraq 120 days.

A senior Iraqi official with knowledge of sanctions negotiations with the U.S. said the period could be extended again once Iraq submits a technical timetable detailing how it plans to meet gas independence.

“It happened that the United States of America gave us a period of 45 days, and it could be extended in the event of us submitting a timetable regarding Iraqi gas investment,” the official said. “Until now, we have not sent them a timetable.”

Iraq remains highly dependent on Iranian natural gas to meet electricity demands, especially during the scorching summer months when imports account for a third of consumption.

Shelter outing out of tickets

KINSMAN —While Kinsman trustees spent a large part of last year working to get a section of Lakeview Drive over ...

Brown may endorse prior to primary

YOUNGSTOWN — U.S. Sen. Sherrod Brown, who explored running for president, said he could endorse a Democrat for ...