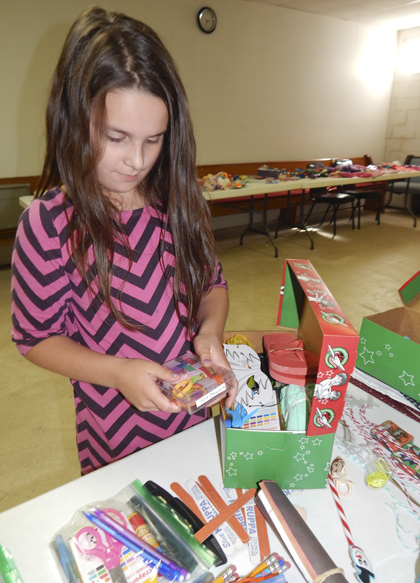 SOUTHINGTON — Area residents, churches and local organizations have spent the past month placing various items in shoeboxes to send to children overseas and across the nation for the holidays.

Local drop off sites for the boxes include Wildare United Methodist Church in Bazetta, Living Word Sanctuary in Southington, Newton Falls First Baptist Church and Prince of Peace Evangelical Lutheran Church in Poland. Items can be dropped off at any location through Monday.

The kickoff began this fall with efforts made to get individuals and groups.

Mariya Snizhko shared her story recently at a kickoff event held at Eastwood Mall in Niles, saying how each year Americans send millions of shoeboxes around the world.

Snizhko described what receiving an Operation Christmas Child shoebox meant to her when growing up in Ukraine. Snizhko said she remembers receiving a decorated shoebox at a church in Kyiv.

Inside the boxes were toothbrushes, toothpaste, a yo-yo, eraser tops for pencils, crayons and other items.

Snizhko said she and her siblings thought the crayons were candy so they unwrapped them and bit into them.

“The eraser tops and crayons were novelty items for us,” she said.

She said because they had never seen candy cane before and because they were sticky, she thought they would stick to the wall until a neighbor told her they were to be eaten.

When she later came to the United States, they went to a church where they were looking for volunteers to pack shoeboxes for Operation Christmas Child. Snizhko said she recognized the logo and coloring on the boxes.

Since then, she and her family have packed shoeboxes every Christmas season.

“The shoebox and what was in it made a difference in my life. I now spend time each year filling boxes to bring joy to children across the world,” she said.

Since Operation Christmas Child began in 1993, it has sent 146 million boxes to 160 countries. For more information, visit www.samaritans purse.org/what-we-do/operation- christmas-child.

Debra Buckel, northeast Ohio coordinator, said there have been work days held in October and November at Southington Community Church. Adults and children have gathered to place toys, school supplies and hygiene items in the boxes.

Judy Gates of Vienna, who attend the kickoff in Niles, said she is taking part at the Heritage Presbyterian Church in Boardman.

Prince of Peace Evangelical Lutheran Church has participated in the program for some time but never as a collection site.

“This is the first year that Prince of Peace will be a dropoff location for Operation Christmas Child,” said the church’s Christian education leader, Nora Smith. “We have, however, packed shoe boxes for at least 10 years. Last year, we started collecting items year round, and we pack boxes as a group in November. We also have members of the congregation that pack boxes by themselves and bring them in.”

Many boxes also include a message to brighten a child’s day.

Buckel said churches of all denominations take part in the effort, some as drop-off locations and others as packing sites.

Smith said at Prince of Peace, the church has packed roughly 100 boxes per year. In the first year serving as a collection site, Smith said the anticipation is for 600 to 1,000 boxes.

Smith said in the past boxes have gone to South Africa, Ukraine, Ecuador and Malawi.

A $9 donation provides for collection, processing and shipping. 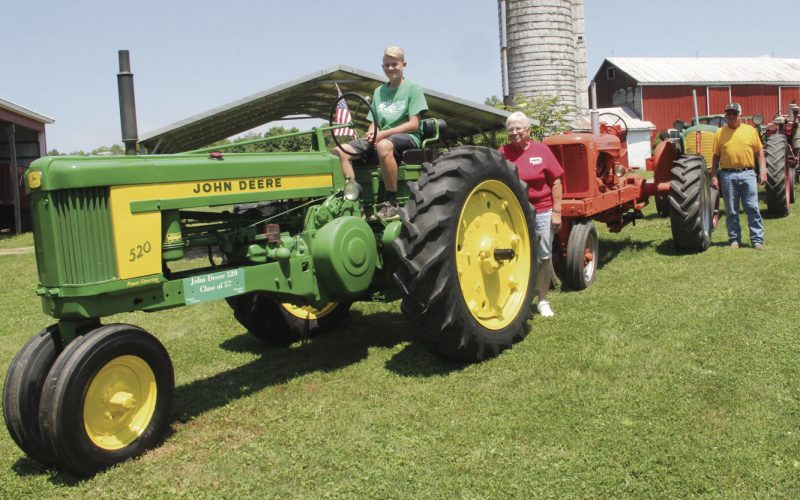