WARREN — Police say brothers got violent over refusal to back an “America’s Got Talent” bid.

A Niles man pleaded not guilty to charges of domestic violence and aggravated assault following the Sunday altercation with his brother, whom he threatened to kill.

Gregory Rarey Jr., 25, of 429 Fenton St., is accused of hitting and biting his brother, Chad Cibik, after several family members refused to help pay Rarey’s way for auditions to the entertainment show “America’s Got Talent,” according to a police report.

Rarey appeared Monday in a video arraignment before municipal Judge Terry Ivanchak, was assigned a $2,500 bond and ordered released, according to court records. He is scheduled to return to court Dec. 19 before Judge Thomas Gysegem.

Cibik, 706 Union St., told police that several members of his family were at his home when Rarey stopped by and began talking about auditioning for the talent competition.

When told by family members they were not going to support him by paying his way, Rarey became irate and left.

Later, after everyone else had gone, Rarey returned — screaming at Cibik for not supporting him, then punching him in the face, causing swelling to his left eye, according to the police report.

Cibik managed to get Rarey to the ground, placed him in a chokehold and, during a struggle, bit him in the left forearm before Rarey passed out, the report stated.

When Rarey came to, Cibik told him he’d called the police, so Rarey left the house, according to the police report.

He later was seen walking east on South Street, approaching Main Avenue, according to a police report. He noted he had a verbal argument, which escalated into a fist fight with Cibik. Rarey described the fight as being over his efforts to get a ride.

Rarey told an officer that if Cibik files charges against him, then he was going to kill him — because he then will not be able to try out for “America’s Got Talent.” He was then placed in the rear of a police cruiser on charges of domestic violence.

Rarey, once again, threatened to kill Cibik, according to the police report. Officers told him not to say that — and he stated that he is going to slit Cibik’s throat.

Trumbull is one of only seven counties in Ohio to reach the second-highest level for being a high-risk area for ... 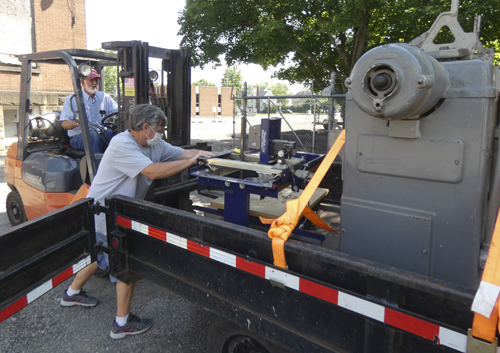 AUSTINTOWN — Mike Marantis, who helped to get Mahoning Valley residents tested for COVID-19, is teaming up with ...