Mayor posts his largest margin of victory yet for 3rd term 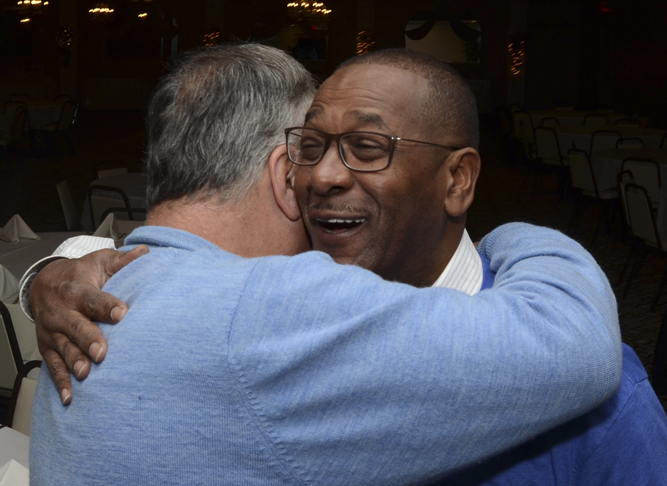 WARREN — Doug Franklin won re-election Tuesday to his third term as mayor, winning 67 percent to 33 over independent Randy Law. It was Franklin’s largest margin of victory yet, despite nearly $120,000 being spent by a political action committee on Law’s behalf.

“It was a cheap political stunt that insulted the residents of Warren,” Franklin said of the TV advertisements, fliers and other campaign materials generated by the America’s Tomorrow PAC.

“The vote was a statement by our community that the city cannot be bought by outside cash.”

Franklin said he thinks the in-kind money provided by the PAC backfired on Law, saying it “caused the community to rally around my campaign.”

Law said the results were disappointing. “I thought I would do better,” he said at a friend’s house.

He said he thought he had a chance to win the election, but does not think the PAC contributions backfired on him.

Franklin said he will focus on safety in the city in his next four years as mayor. Another priority will be to demolish the dilapidated and vacant former St. Joseph Riverside Hospital on Tod Avenue NW, which was featured in Law’s TV ad.

Greathouse said he was humbled by the “endorsement from 3rd Ward residents, and I truly will try to do the best job for them and for the residents of Warren.”

One of his projects is giving a Youngstown State University professor and his graduate students data regarding Warren snow plowing so they can provide statistical analysis to help the city improve in that area. He expects to turn over the data in January.

MacPherson said winning an election is secondary to the work that needs to be done. His campaign theme was “Expect more, demand better and hold people accountable.”

And incumbent Eugene Mach lost his bid to retain his 7th Ward seat as a write-in to Ronald White Sr. White got 94 percent to about 6.4 percent. Mach’s name did not appear on the ballot because of a lack of valid signatures on his nominating petitions.