Children’s museum to buy its site 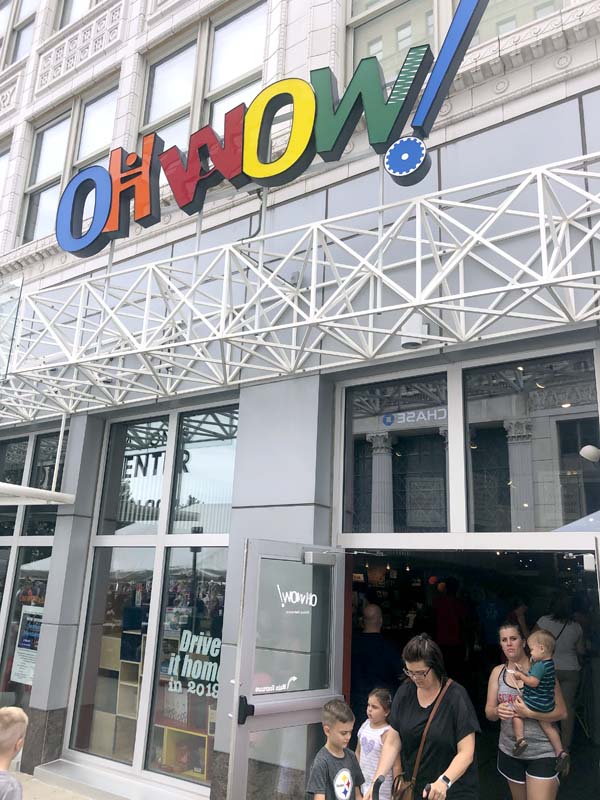 Suzanne Barbati, the museum’s president and executive director, said the sale on the building at 11 W. Federal St. will close Dec. 16.

The museum has leased its space for almost a decade from First National Bank. It’s the former McCrory Building.

“It’s very exciting to be buying it,” she said. “We look forward to growing.”

She declined Friday to disclose the purchase price.

The decision to buy came after OH WOW! learned its rent was going to double shortly, Barbati said.

“After much discussion and research, we decided to purchase the building to control our future,” she said. “The building was up for sale, and (a new owner) could have charged an even higher rent. That would have caused us to raise our prices, which we don’t want to do.”

Admission is $8 with a $1 discount for those at least 65 years of age, teachers and veterans, and a $3 discount for students on field trips. Those under 2 years of age are admitted at no cost.

The building is about 34,000-square feet with OH WOW! using about 20,000 square feet on the main floor and the lower level. Youngstown CityScape takes up a portion of the building’s second floor while BSHM Architects is on the third floor. Both will stay after the sale is finalized, Barbati said.

OH WOW! will move some of its administrative offices from the bottom floor to the second floor “giving us an opportunity to have additional exhibit space. Having that space on the second floor will allow us to make some changes,” she said.

The museum also wants to eventually relocate its entrance from West Federal Street to Central Square.

“We want to be around 100 years” like other downtown landmarks, Barbati said.

The center has 11 galleries with approximately 60 exhibits.