Accused of attacking woman, holding kids against their will 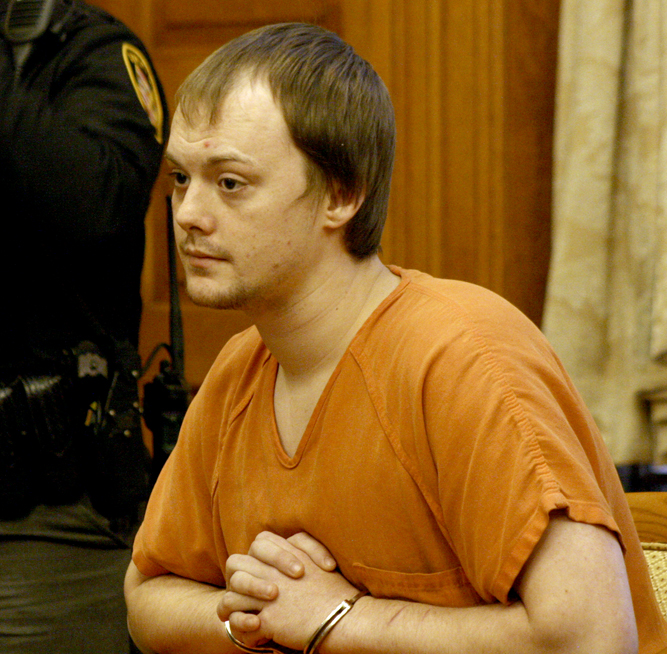 WARREN — A Trumbull County grand jury indicted Shawn M. Riley on 16 charges Thursday that could put him in prison the rest of his life.

He is accused of holding his three children and their mother hostage for several hours at the Highland Terrace Apartments on Aug. 27.

To convince Judge Ronald Rice of Trumbull County Common Pleas Court that Riley should not have a chance to make bond, Trumbull County Assistant Prosecutor Gabe Wildman filed a document Thursday showing photos of the damage Riley is accused of doing to the woman’s face by cutting her with a knife.

“He is a subtanital risk to the victim specifically, her children, as well as the public at large,” Wildman told Judge Rice during Riley’s arraignment Thursday.

The judge said the allegations against Riley are “heinous,” but he also seemed concerned that Riley violated the terms of his bond in two other cases — both involving the primary victim of the standoff, Danielle Jacobs.

“One thing this court takes very seriously is conditions of bond, including domestic violence,” the judge told Riley, 25, of Bane Street SW, as Riley stood before the judge Thursday.

“I warn defendants all the time if you violate conditions of bond, you don’t get any bond. You will sit in jail until your case is over. The allegations of this crime are so heinous, the fact that you might have done this while you were out on bond is kind of repugnant,” Rice said.

Jacobs sat in court for the arraignment with visible scars on her face. But the photos showed the wounds much more graphically. So did the filing, which revealed that Riley had at one point during the standoff threatened to murder one of his own daughters.

Riley and Jacobs are the parents of two of the girls involved, Jacobs said in an affidavit Wildman filed Thursday. The couple also was raising the third girl together, but Riley had become increasingly violent, Jacobs told the court in the affidavit.

On Aug. 2, Riley “threatened to kill me over a custody dispute (over) our children,” she stated. He threatened to get himself killed in a shootout with police, she said.

The next day, he went to her parents’ house in Braceville Township with a shotgun and tried to get into the house, she said. She called 911.

When he left, police tried to stop him, but Riley refused to obey commands, resulting in a failure to comply charge. He drove to his home on Bane Street and initially resisted police but later allowed himself to be arrested.

He was charged in Newton Falls Municipal Court with domestic violence for the Braceville incident. In that case, he was specifically ordered to stay away from Jacobs and the children, according to court records.

The grand jury on Thursday indicted Riley on attempted murder and 10 other felonies that would add up to more than 100 years in prison if convicted.

One of the kidnapping charges states Riley forced Jacobs to “strip naked … physically assaulted (her) repeatedly over the next several hours, and used her as a shield and hostage in a protracted standoff with police.”

The indictments accuse Riley of forcing his way, with a knife, into the Highland Homes apartment where Jacobs was staying and terrorizing her and the children.

The attempted murder charge doesn’t specify what conduct qualified as attempted murder, only that his conduct “if successful, would constitute or result in the offense of murder.”

In many of the charges, Jacobs and the children are listed as victims. Three misdemeanor child endangering charges name each of the three girls individually as victims.

The apartment incident began with a 911 call from neighbors. Police found Riley inside the apartment holding Jacobs, 25, and the three children against their will. He was holding a knife to Jacobs’ throat when police arrived, the affidavit states.

Warren police called in the Mahoning Valley Crisis Response team. Dozens of officers, many of them in SWAT gear, filled the apartment complex off of Highland Avenue SW.

A police negotiator ended the standoff when Riley allowed the children to be removed from the home. Riley was taken to the county jail, where he has remained since the incident.

Cases filed in Trumbull County May 9-16: NOTICE OF APPEAL STATE OF OHIO 11TH DISTRCIT COURT OF APPEALS vs. ...

Back in 1985, people had televisions, radios and scanners to let them know of severe weather and tornadoes. Today ...

Mahoning County reported one new COVID-19 death on Saturday, bringing its total to 174. Columbiana County has 52 ...