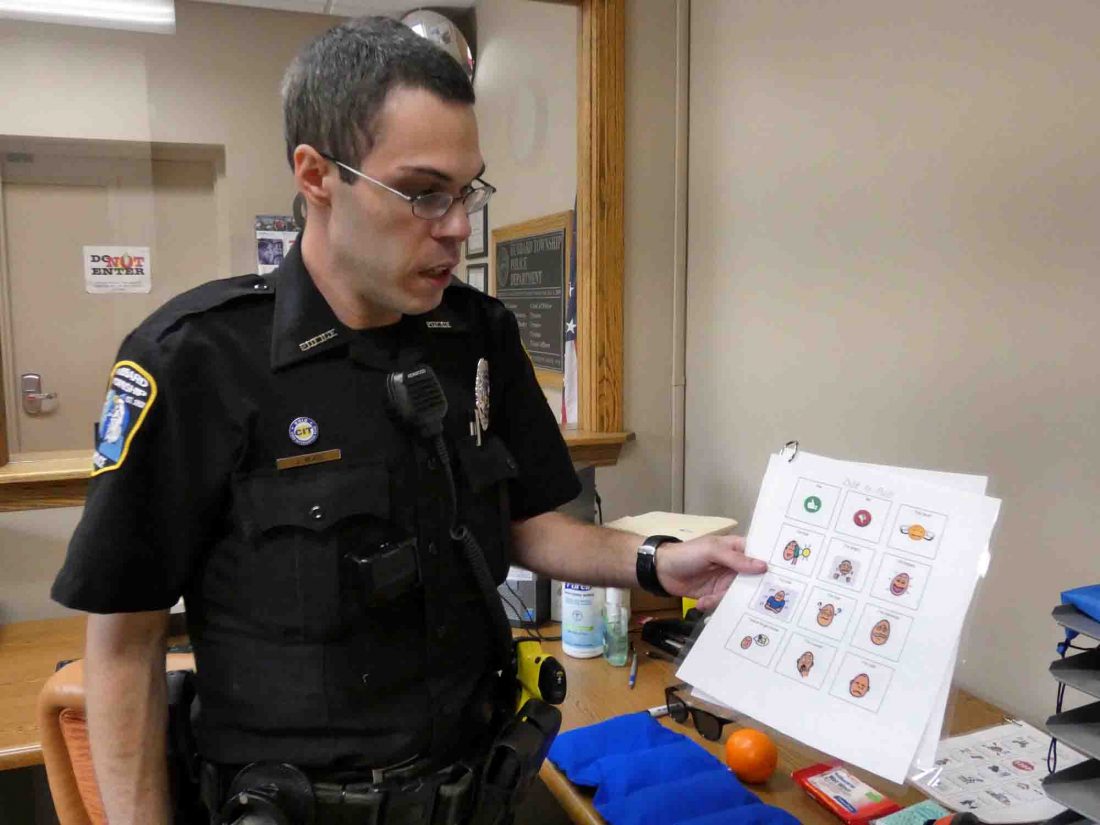 Officer Justin Meade has been active with autism research and awareness and is on a mission to bring his passion into his line of work. He has founded the Autism Awareness Training and Acceptance Program.

AATAP is a nonprofit organization dedicated to training law enforcement, first responders and the general public about autism awareness and acceptance, according to its website.

To help with these educational efforts, AATAP and the Hubbard Township Police Department will host a Special Needs Resource Fair noon to 5 p.m. Oct. 19 at Corner House Christian Church. The event will feature a trunk-or-treat, games and an auction, in addition to providing the public with special needs and community resources.

“Autism is a neurological disorder. People think it’s a mental illness, and it’s not. It affects your senses. My son’s autistic, and that’s kind of where I got the desire to do this,” Meade said.

“Usually what I tell people is think of it like, if you’re over at the airport and you have to find your luggage on the outside of the airport that’s packed, there’s all kinds of noises, all kinds of the sights going on, people are bumping into you, you don’t know where you’re at. For those with sensory processing issues like autism, that’s what they go through every day. They’re overwhelmed.”

Meade reached out to Sylvia Solis, founder of SensoPlay, to see what he could do to help the police department better serve those with special needs.

“You just never know when you’ll encounter someone with special needs. This bag is a tool to help first responders communicate with those who have sensory issues,” said Solis. “I want to help the police departments and fire departments do better when it comes to these individuals.”

The township has one sensory bag in every cruiser, and other departments — such as Boardman, Niles and Austintown — have them as well. Venues such as the Covelli Centre and Eastwood Field have these bags, too.

Not every individual with autism is verbal or shows the same signs, but commonly, there is a delay in processing information, according to Meade.

“If you’ve met one kid with autism, or one person with autism … that’s very true, because there might be some common behaviors, but everybody’s different,” Meade said.

One thing that both Solis and Meade stress is patience. Patience may be the biggest factor in dealing with individuals with sensory issues, but Meade wants to cover all of the bases and is hoping to provide free training to first responders in the Valley.

“The whole point to doing this training is to try to avert a crisis or reduce the chances of crisis because chances are, if we’re (the police) involved, there’s probably already a crisis,” Meade said. “This is the most prevalent health condition in the United States (one out of 40), and at least six out of 10 people I speak to say they don’t know how to deal with it.”