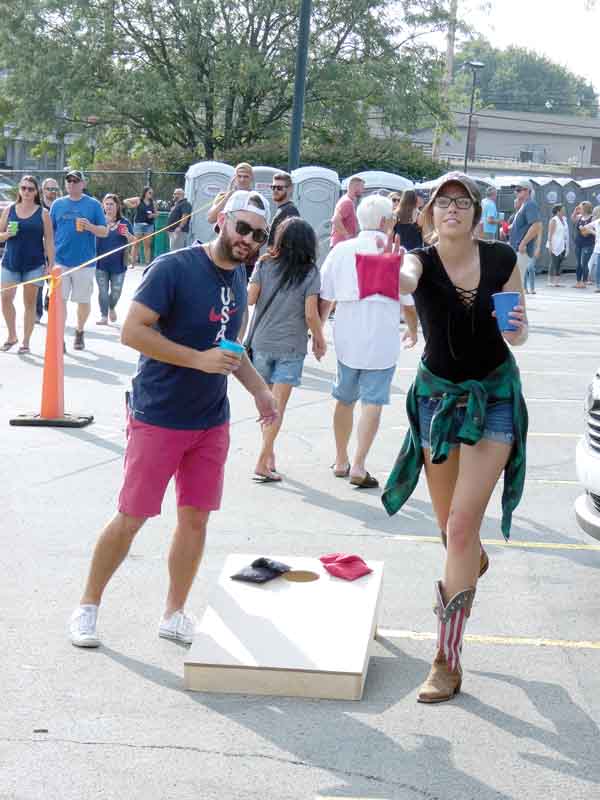 YOUNGSTOWN — The man who sings “Honey Bee” proved to be a sweet headliner for the third Y Live concert at Youngtown State University’s Stambaugh Stadium.

Blake Shelton, who has had more than 25 chart-topping country hits and is a mentor on the NBC series “The Voice,” packed the football stadium. It was the Y Live’s second consecutive sellout show with more than 20,000 people in attendance.

“Holy crap, look at all those country music freaks out there,” Shelton said as he checked out the crowd.

Wearing jeans and a plaid shirt, Shelton opened the show with one of those No. 1 singles, “Neon Lights.”

Afterward, he told the crowd, “I came here for two reasons — to drink and play country music. Let’s get this started.”

It was Tyler Farr and Justin Moore who got the evening started. Moore, who had fans singing along on “Small Town USA” and shedding a tear during “The Ones That Didn’t Make It Back Home,” told the crowd, “There’s not a better singer in country music than Blake Shelton. Not a better person either.”

The music started at 7 p.m., but the party started several hours earlier in the tailgate lot.

Patty Mills of Brookfield was looking forward to a happy evening after a difficult two weeks caring for her sister, who was released from the hospital and put into hospice care.

Her son, Chris Mills of McDonald, bought the tickets for her 70th birthday, which was Sept. 12.

“I think Blake Shelton seems like the nicest, most down-to-earth guy,” she said. “I just love his music. And he’s good looking, too.”

She wasn’t the only one who felt that way. Traci Kempe of Niles brought a life-size cutout of Shelton to stand guard at her tailgate tent.

“I was never a country fan, but I started watching him on ‘The Voice,'” Kempe said. “He has a great personality and just look at him. He’s beautiful. He has the most beautiful blue eyes I’ve ever seen.”

The Shelton cutout normally is in her classroom at Niles McKinley High School, where Kempe teaches government.

Kirsten Schroeder of Columbus was celebrating her 28th birthday at the concert with tickets courtesy of her boyfriend, Struthers native Kory George.

“It was an easy birthday gift, and we’re big Blake Shelton fans, so that helps,” George said.

They were celebrating with about 40 to 50 people in their tailgate area, and Schroeder had a birthday cake big enough to feed all of them.

There also was pizza, meat on the grill and adult beverages. They also had a large screen television set up under a tent.

“It’s Saturday in Ohio,” George said. “You gotta have football on.”

They couldn’t get the The Ohio State Buckeyes game, which was on the Big Ten Network, so they had to settle for Pitt vs. University of Central Florida. There were plenty of Buckeyes fans in attendance and “Hang On Sloopy” could be heard blaring from several vehicles as well as country hits by Shelton and Moore.

Ida Jasinski of Poland and her friends and family also had a large spread and plenty of people to enjoy it.

“We tailgate for all the YSU football games,” Jasinski said.

Kimberly Kivlighan of Poland added the secret to a good tailgate party is “good drinks and good company.”

Many fans brought cornhole and other games and decorated their tents for the tailgate party. Few went to the lengths of Adam DeMarco of Hubbard, who built a full-size wooden tiki bar for last year’s Y Live concert featuring Florida Georgia Line and brought it back this year.

“It started out as a joke, then someone wanted me to actually build it, so here it is,” DeMarco said.

DeMarco said he didn’t have a favorite memory of last year’s show — “We’re gonna plead the fifth on that,” he said — and he didn’t have anything he was hoping to hear musically Saturday night.

“I’m just here for the tailgate.”