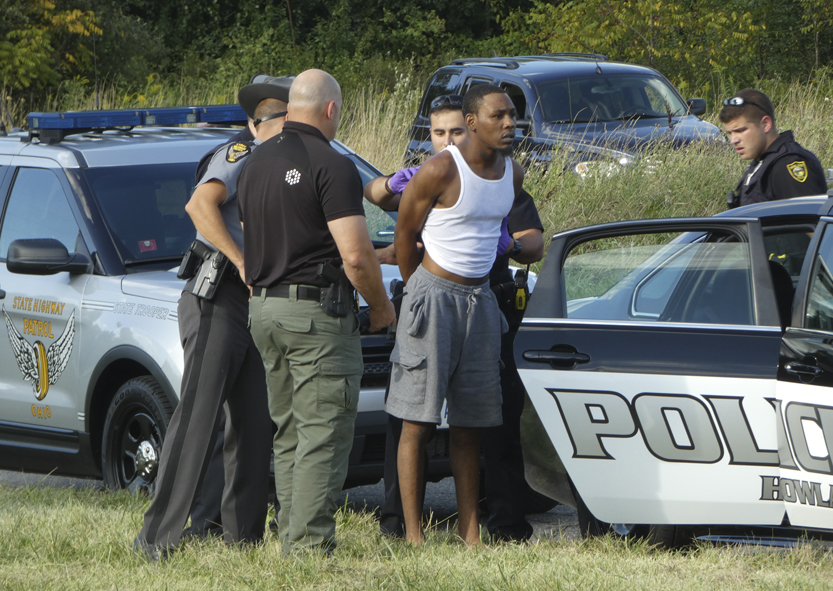 HOWLAND — A Warren man is in custody following a high-speed chase Wednesday afternoon that started with a traffic stop near Taco Bell on Elm Road and led to a Howland police cruiser being rammed several times by the driver of a Chevrolet HHR.

Maurice L. Cox, 31, 144 Comstock St. NE, is at the Trumbull County Jail on a charge of failure to comply and a 2017 warrant out of Newton Falls Municipal Court for driving under suspension, jail records show. It is expected he will be arraigned today in Warren Municipal Court.

According to a Trumbull County 911 call log, the Howland officer was nearly struck by the HHR in the driveway of Taco Bell around 4:30 p.m. and was struck by the suspect’s vehicle a few minutes later. The officer told dispatchers the crash disabled his sirens and he was chasing the suspect on North Road at speeds of 55 mph, the call log states.

The officer told dispatchers the suspect rammed his cruiser a second time, which disabled his crusier. A second Howland officer picked up the chase as the driver of the HHR approached East Market Street and headed toward Eastland Avenue. The driver went past St. Joseph Warren Hospital toward Youngstown Road at speeds reaching 70 mph, the report states.

The suspect headed toward Diane Sauer Chevrolet at state Route 169 at 80 mph and then headed onto Elm Road by Rally’s and back toward East Market Street, with Howland and Warren officers in pursuit, the report states. The driver then headed toward North Park and onto Summit Street at speeds up to 70 mph before heading into Warren Township.

About 15 minutes after the chase started, the driver, later identified as Cox, crashed near the intersection of Victoria Street and Loveland Avenue on the southwest side, but he fled on foot into the woods.

Cox was arrested about a minute later after officers deployed their Tasers because Cox refused to comply with orders, the report states. He was taken to Trumbull Regional Medical Center for treatment before being taken to the jail around 9 p.m., the report states.

The Howland officer who was struck by the fleeing vehicle was taken to St. Joseph Warren Hospital, but reports state he suffered only minor injuries.