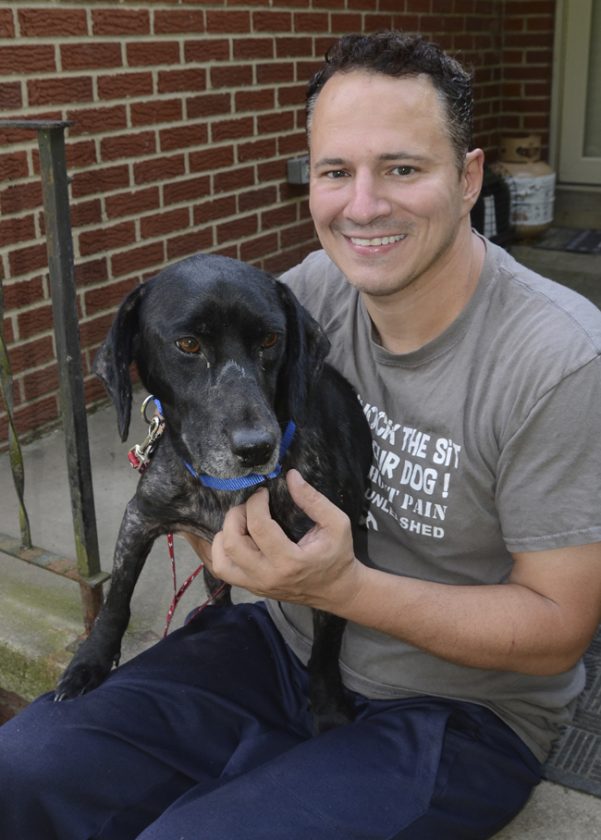 WARREN — A dog rescued from a black trash bag on the rear dock at the Salvation Army Thrift store on Youngstown Road on Wednesday was living in a foster-to-adopt home by Thursday evening.

Salvation Army employee Carlton Gillis said he didn’t expect to find a black Labrador mix inside a garbage bag when he arrived to work about 8:30 a.m. Wednesday. Gillis said he saw the bag move, then a dog poke his head up.

“It wasn’t tied or anything,” Gillis said. “The dog was laying in a bag of clothing. It was shocking. This was the first time I’ve seen something like this done.”

Gillis described the dog as friendly. He took her inside, gave her some water and food, and talked to his supervisor about what they should do. Gillis suggested naming the dog Daisy, so that’s what they began calling her.

They placed a post on Facebook. Jason Cooke, president of Healthy Hearts and Paws Project in Brookfield responded. He took Daisy to a veterinarian to be examined.

“I’ve seen lost and abandoned dogs in a lot of different places, but nothing like this,” Cooke said. “It is disturbing that anyone would do something this.

“If you’re not able to take care of a dog, then reach out for assistance. Don’t abandon the animal like this. It is both cruel and it is against the law,” he said.

Cooke said the dog appears to have a flea-based skin condition, but nothing else is wrong with it.

By Thursday evening, Daisy was in a foster-to-adopt home, where the dog will have a two-week trial period before the family will make its decision to either keep fostering or to becoming the dog’s forever home.

Cooke, whose nonprofit organization works to help abandoned dogs with heartworm and other problems, said dogs at area shelters also are ready for adoption.

Healthy Hearts and Paws Project has been an official nonprofit for less than a year. It primarily has been working in Mahoning County, but is doing more in Trumbull County.

Healthy Hearts and Paws Project currently has about 30 dogs that are being cared for by its members. About that number cycle through the organization every month.

“There are dogs at area shelters that are available for adoption,” Cooke said. “They need good homes.”