Democrats to spar July 30-31 in Detroit 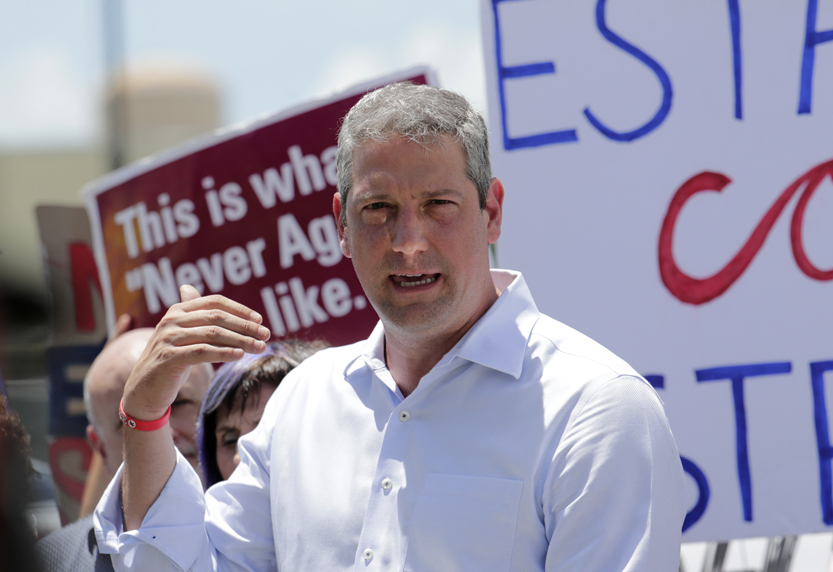 WARREN — Any uncertainty, however faint, surrounding whether U.S. Rep. Timothy J. Ryan would be part of the second Democratic presidential debate this month was put to rest when the Democratic National Committee on Wednesday set the lineup.

Ryan, D-Howland, is in, but he was a virtual lock heading into the announcement because the DNC kept the same qualifications it had to participate in the first debate in June in Miami — at least 1 percent support in three qualifying polls or donations from at least 65,000 unique donors with a minimum of 200 different donors from at least 20 states.

That’s because his campaign, Tim Ryan for America, reported earlier this week in its second-quarter campaign finance report he had 13,000 individual donors, far off of the donor threshold set by the DNC.

He may find himself struggling to make the cut for the third and fourth debates in September and October as the DNC will tighten its qualifications. For a candidate to make it to the stage for those debates, he /she will have to meet thresholds for polling and donations, rather than just one of the criteria.

CNN, which is airing the two-night debate July 30 and 31 in Detroit, revealed the participants Wednesday and will at 8 p.m. tonight do a live, random drawing to determine the candidate lineup for each night.

The only change to the pool of qualifying candidates is Bullock, who was left out of the first debates, will be on the stage. He replaces U.S. Rep. Eric Swalwell of California, who dropped out earlier this month, CNN reported.

U.S. Rep. Seth Moulton of Massachusetts and Miramar, Fla., Mayor Wayne Messam, who did not make the first debate stage, also will miss the second debate after failing to qualify.

Billionaire investor Tom Steyer and former U.S. Rep. Joe Sestak of Pennsylvania, who recently got into the race, also failed to qualify for the second round of debates, according to the news channel.

The debates will be moderated by Dana Bash, Don Lemon and Jake Tapper.

YOUNGSTOWN — Each year, the Jewish Community Relations Council of the Youngstown Area Jewish Federation holds an ...

NILES — As Bob Callow of Liberty stopped at the McDonald’s on North Road in Niles, he came across a family ...

Boy sells bracelets so no one is left out

GIRARD — Maddox Collins, 6, is obsessed with sports and is selling bracelets so more kids can share in the ...