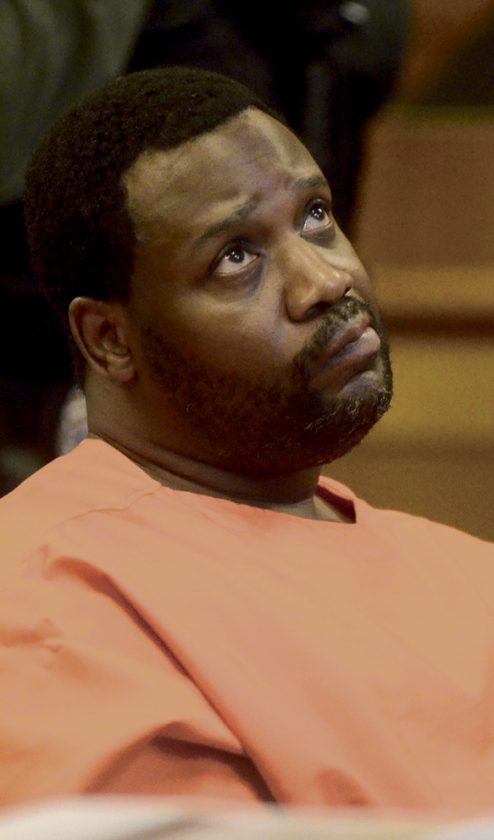 Tribune Chronicle file photo / R. Michael Semple Ohio death row inmate Andre Williams listens to testimony during his March 2017 hearing inside the Trumbull County Courthouse. Williams was appealing his death sentence, claiming he was intellectually disabled. He lost his appeal and remains on death row. Williams was convicted of the 1988 robbery and brutal slaying of George Melnick, 65, and the sexual assault and beating that permanently disabled Katherine Melnick, 64, inside the couple’s Warren home.

WARREN — A House-approved bill that could allow defendants to escape the death penalty if they suffered from a serious mental illness at the time of the crime “would open the floodgates” for appeals from Ohio’s death row.

That’s what state Sen. Sean J. O’Brien said is his biggest concern about House Bill 136 and why he’s going to try to stop it in the Ohio Senate — or at the very least, convince other senators the bill needs a clause to keep existing death row inmates from filing a claim should it become law.

The legislation also contains language that would allow death row inmates to file to be resentenced to life in prison without parole.

An effort by Republican state Rep. Robert R. Cupp of Lima, a former Ohio Supreme Court judge, to amend the House version to ban it from applying to existing death row inmates failed.

“One of the big problems I had with that bill, the retroactive application, which is very, very rare in criminal law,” said state Rep. Gil Blair, D-Weathersfield, who supported Cupp’s amendment.

“When you look at this, in Trumbull County, the first thing that comes to mind is the Hill case,” said Blair, an attorney and former prosecutor. “The problem with retroactivity with a 25-, 30-year-old criminal case is witnesses are gone and trying to determine the mental state of the defendant at that time.”

The “Hill case” is that of Danny Lee Hill, who committed perhaps the most heinous crime ever in Trumbull County. Hill, on death row for more than 30 years, has failed in several appeals over his mental capacity and claims he should not be put to death.

Most recently, the U.S. Supreme Court overturned an appeals court ruling that removed Hill from death row based on his intellectual disability claims.

“My opposition is defined in two words, and those are Danny Hill,” said state Rep. Michael J. O’Brien, D-Warren.

Hill was sentenced to death in 1986 after being convicted of torturing, raping and murdering Raymond Fife, 12, in Warren. Hill was 18 when he killed Fife.

The bill had bipartisan support in the House and support from mental health advocacy groups. Those groups include the Ohio Psychological Association, the Ohio Psychiatric Physician’s Association and the National Alliance on Mental Illness of Ohio.

“It provides another loophole for additional or unnecessary hearings or defenses that do no promote justice,” Watkins said.

A talking points memo from the Ohio Prosecuting Attorneys Association states the bill is so broad it “effectively ends the death penalty” in Ohio and is “absolutely not necessary” to address any problem with state law.

In addition, existing law has protections for those with severe mental illness who could not appreciate the wrongfulness of their actions and evidence of mental illness can be introduced at sentencing to try to lessen the sentence.

Sean J. O’Brien said he expects the bill to be assigned to the judiciary committee, of which he is a member.