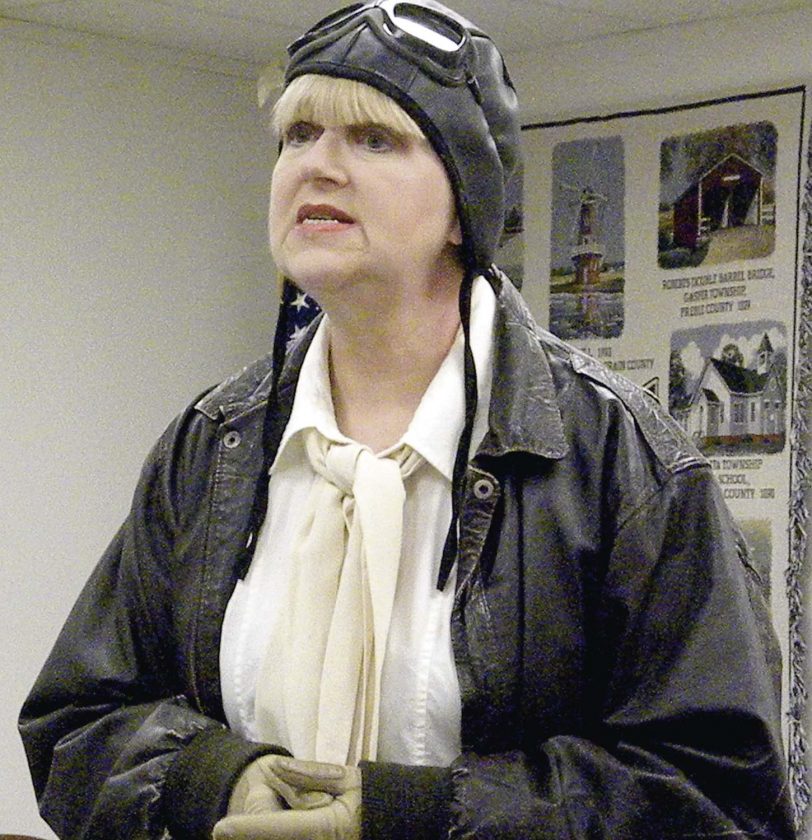 Starre-Kmiecik performed her one-woman show on Amelia Earhart from an original script to tell the pilot’s story. Starre-Kmiecik is an actress from Cleveland who regularly embodies famous American women to tell their stories of overcoming obstacles while making significant contributions to the country.

While Earhart wasn’t from Ohio, she had flown into Cleveland. In 1929, she participated in the first Santa Monica-to-Cleveland Women’s Air Derby, where she placed third.

“We like to find speakers that are relevant to our local history,” said Christine Novicky, president of the historical society. “Here in Vienna, we have the airport and Amelia Earhart was an incredible female pilot.”

Earhart was born July 24, 1897, and disappeared July 2, 1937, just before her 40th birthday. According to Starre-Kmiecik, Earhart was very stubborn, got bored easily and didn’t have a great relationship with her parents.

Starre-Kmiecik says Earhart’s stubbornness led to her disappearance because she refused to learn Morse Code or the two-way radio system and she thought a parachute and life raft would weigh down the plane.

“Amelia’s at the bottom of the ocean,” said Starre-Kmiecik, although there is no physical proof of what happened to her.

Starre-Kmiecik was the Vienna Historical Society’s final featured speaker until the fall.