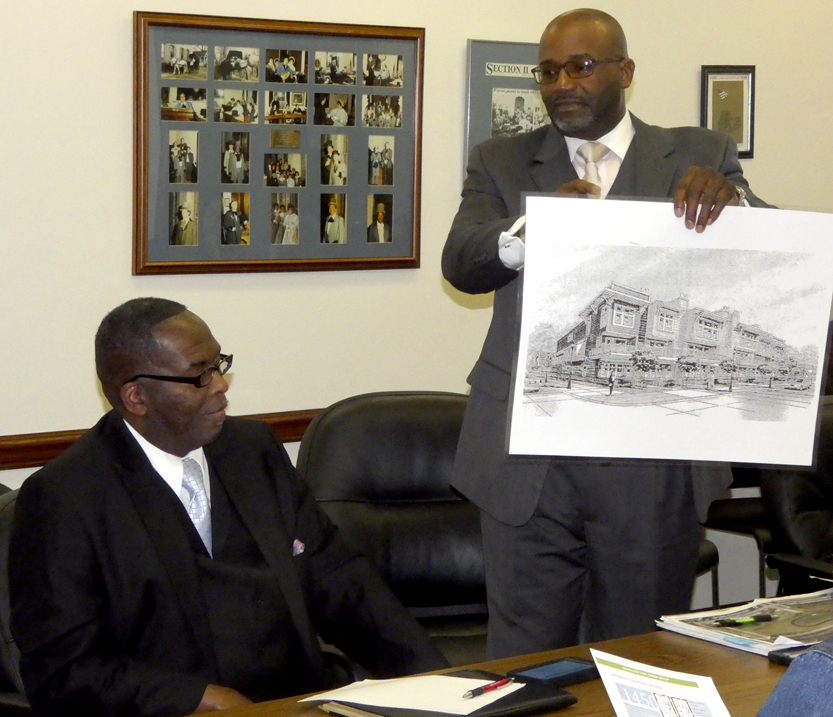 WARREN — The owner and general manager of a concrete firm hopes to establish a company in the Westlawn area of the city that will build preformed concrete houses sold on Amazon.

In addition to building energy-efficient homes, Brackim Concrete LLC’s general manager LaMont R. Porter said the company plans to establish a training program for concrete masons that will teach young people how to build these homes, as well as do concrete work for streets, sidewalks and other projects.

The training program will be approximately eight weeks long. The first class would have about 30 students, and there would be eight more classes.

Students then will work with Brackim at about $15 per hour, with the ability to work a lot of overtime.

“Over a three-year period, we will create more than 200 new jobs,” Porter said. “Our initial investment will be about $6 million, with the majority of the funding coming from Brackim Concrete LLC.”

The initial investment will be the leasing of a concrete manufacturing facility in Warren and building some model homes. In addition to building the energy-efficient homes that can be sold and shipped to locations throughout the United States, Porter said the company wants to build homes on the west side of the city.

“The homes will be concrete and foam that will have a high energy-efficiency rating,” Porter said. “Because they are not made of wood and plaster, if one home catches on fire, the damage will be contained to that one property. It will not spread to the entire neighborhood.”

Porter and Brad Ferguson, the company’s president, made a presentation Wednesday to Warren City Council’s economic development committee about their plans to help convince council to approve a proposal allowing the Western Reserve Port Authority to either lease or sell 20 of the 65 acres of land.

Porter said their proposal will not require the city to sell the land. They will lease land in the newly established industrial park and any company wanting to come in also will have to lease it.

The former Westlawn parcels are located between Loveless Avenue SW on the west, Nevada Ave SW to the east, Victoria Street SW to the north and Hamilton Street SW to the south. The vacant land has been undeveloped for more than 25 years.

Council and administration officials have talked about it for development, due, in part, because there are no structures on it that need to be demolished. In addition, the property is next to the former Western Reserve school and near Deemer Park.

The city owns the former Westlawn parcels and Deemer Park. The Warren City School District owns the Western Reserve property. Combined, the area has more than 60 acres that can be developed.

“This is property we are getting nothing from today, except having to cut the grass,” Franklin said.

Councilman John Brown, D-3rd Ward, asked Porter to establish a Community Benefits Agreement, so they can make sure the Warren Little Raiders would find a new place to practice and play their football games. They play now at Deemer Park.

“Anything we would take away, we want to replace,” Porter said.

Porter said the company already has made $100,000 worth of investments in this project over the past year.