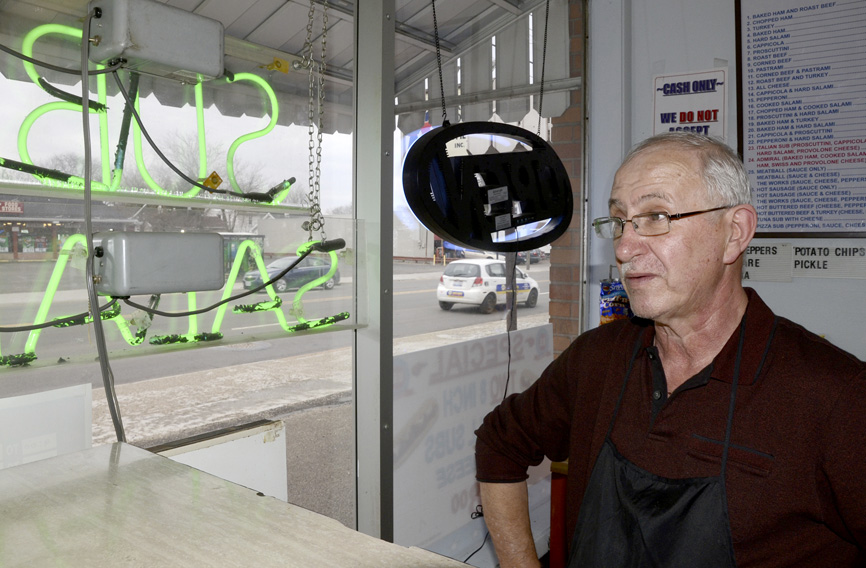 WARREN — The $4.1 million Youngstown Road project made the 1.4-mile artery through the city more comfortable and less dangerous to drive on, but for the longtime owner of Warren Baking Co., it also drove away 25 to 30 percent of the shop’s walk-in customers.

“I don’t believe most will come back,” said Patty Iacozili Abbey, who is the third-generation owner of the shop at 2216 Youngstown Road. “We are grateful for the work that was done because it was needed.”

However, Abbey and others along the road agree the overdue repair is a single step in the work needed to revitalize one of the city’s major thoroughfares. The project was paid for with 80 percent federal transportation funds and 20 percent state funds.

“What has not been done is the city bringing in businesses that will help support those that have been here,” Abbey said. “What’s needed are grocery stores, banks and professional offices that will attract people who do not already live in the neighborhood.

“We need quality businesses that will encourage people to get out of their cars, walk the neighborhood and discover other businesses in the area.”

“Now that it is over, we’ve gotten a lot of it back, but I’m disappointed the light was removed,” Aggelis said. “We lost some business from people who used to cross at that light.”

Lisa Terzigni-Miller, president of Do-Cut Power Equipment, 2275 Youngs-town Road, said the road resurfacing and sidewalk replacement project was a good first step, but emphasized there is much more to be done to restore the area as a place where people from throughout Trumbull and Mahoning counties travel to shop and do business.

Terzigni-Miller, whose business has been on Youngstown Road for 25 years, said the work of attracting new businesses must include making the area both look and feel safe.

“That’s going to take time and effort,” she said. “The city has taken down some commercial buildings. It must look at some of the residential housing. There should be greater enforcement of housing and sign code regulations. There should be a greater emphasis on cleaning up the streets.”

Youngstown Road has 73 active businesses on it and 14 empty commercial building available to be developed.

“This market study allows us to figure out how to best leverage the $4.1 million investment made on the street,” said Dennis Blank, volunteer administrator with the Fund for Warren’s Future. The nonprofit provided the $20,000 that paid for the study.

“We may have passed the era of large companies bringing 200 or more jobs,” Blank said. “Having an inventory of available spaces will make it easier to show those businesses that need space for five to 10 employees.”

Warren Mayor Doug Franklin said the information found in the marketing study will be provided to the city’s economic development partners, including the Youngstown Warren Regional Chamber and Eastgate Council of Governments, as well as other organizations that promote the Mahoning Valley.

“We have people call us all the time asking about what is available,” Franklin said. “By putting this on our website, it will be available to people all over the world.”

Terzigni-Miller said to compete with other communities for business, the city may need to provide incentives, which could include tax incentives and savings on services.

“This is no longer the area where everyone wants to come,” she said. “We must know its strengths and what are the negatives.”

People in the city government must work closer with the county, residents and existing businesses, she said.

“There no longer can be the separate kingdoms,” Terzingni-Miller said.