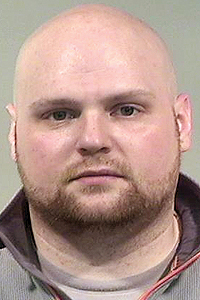 With the resignation, a disciplinary hearing for Sheehy that had been scheduled March 4 was canceled.

“The purpose of the hearing was for us to fire him,” said Trustee Heidi Brown.

Sheehy was indicted earlier this month on misdemeanor charges of petty theft and possessing criminal tools and on six felony charges — two counts of theft in office, two counts of breaking and entering, aggravated possession of drugs and grand theft, according to a complaint filed by the Trumbull County Prosecutor’s Office in a direct presentment after a Trumbull County grand jury levied the charges.

He was hired as a school resource officer in September 2018 and among his responsibilities was conducting drug-use prevention programs in the school district. The DARE officer is said to have used, possessed or obtained fentanyl on Jan. 29, the day he was released from the Trumbull County Jail after spending one night there, according to the complaint.

As a part of his release on a $15,000 bond, Girard Municipal Judge Jeffrey Adler ordered him to enter and complete an inpatient recovery program at First Step Recovery in Warren, a detoxification and addiction treatment center.

Sheehy was charged Jan. 29 in Girard Municipal Court on a felony charge of theft in office and misdemeanors charges of theft and possession of criminal tools. Adler also placed Sheehy on house arrest. He pleaded not guilty to the misdemeanor charges, but will not enter a plea on the felony charges until he is arraigned in the common pleas court.

The complaint states Sheehy, on Dec. 16, broke into Mathews High School in order to commit theft, but does not state what may have been stolen.

The complaint also states Sheehy broke into Vienna Township Police Department property Jan. 28, which is the same day he is accused of taking $700 and using a “lockout key” or a “slim jim,” which is the criminal tool referred to in the indictment.

The complaint filed in Girard Municipal Court states Sheehy took the $700 from a locked police cruiser. And that complaint states he took two M4 rifles from the department without proper authorization. The rifles have an estimated value of $2,400.

The rifles and the use of the lockout key, a police tool, led to the theft in office charges because he used the access his position gives him to aid him, the complaint states. It states Sheehy took the rifles on Jan. 23, which led to the grand theft charge, while the petty theft charge is based on the theft of $700, according to the most recent complaint.

The Ohio Bureau of Criminal Investigation continues to research the case. Christopher Becker, Trumbull County assistant prosecutor, said any reports or affidavits connected to the case cannot be released because the documents are part of an active criminal investigation.

Neither Sheey, nor his attorney, attended the meeting and neither could be reached for comment. Sheehy is due in Trumbull County Common Pleas Court for a pre-trial hearing March 5, court records show.