Nonprofits should use caution on social media

WARREN — Ian Beniston, executive director of the Youngstown Neighborhood Development Corporation, avoids politics on Twitter, even on his personal account.

“If you’re a leader of an organization, you’re a public figure and what you’re saying still is reflective of you as a professional, even on your personal account,” he said as a panelist at “Speaking Out: The Power of Finding and Exercising Your Public Voice,” the first half of a two-part workshop offered by the Raymond John Wean Foundation.

“Whenever I’m out in public, even at the grocery store, I’m not going to say something to someone that I wouldn’t say in front of you all here. That does follow you and it reflects on who you are and what you represent in your job,” Beniston said.

“There are two we didn’t hire because of what we found on there,” Pogue said.

Panelists in the workshop said social media can be a valuable tool in helping an organization spread its message, but it has to be used correctly.

Cynthia Connolly, resource development manager for Policy Matters Ohio, said groups should limit who has access to post on their social media accounts, and those accounts should be monitored frequently.

“Make sure they know how to use it properly and use it well,” she said.

Traditional media also can be a valuable tool.

Connolly said Policy Matters Ohio reaches out to a variety of media sources to get its message out. Writing op-ed or guest columns for newspapers is a way for nonprofits to present their message unfiltered, and links to those columns can be shared widely on social media.

Doug Oplinger, a former managing editor at the Akron Beacon Journal and project manager for Your Voice Ohio, said a good op-ed column should do three things — include statistics to support its position, include stories that illuminate the issue and offer solutions.

Moderator Teleange’ Thomas, director of Foundation Center Midwest, said, “There are multiple on-ramps that can lead you into public discourse … There are topics that are less sensational, that evoke less of an emotional response, and a person can use that as a safe space to build your public persona and get the public comfortable with recognizing that you do have a voice, you do have an opinion and putting that out there. Exercise that muscle and get more skilled and more trained with how to put words together, coin your message and know what platform to share those things on because they’re not all created equally.” 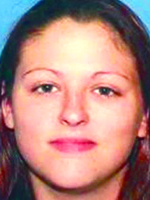 WARREN — Health departments in Trumbull and Mahoning counties are not releasing any information that could ...

The Youngstown State University Foundation has launched a campaign to raise $50,000 over the next 90 days to help ...

Providing for those in need

Area churches and religious organizations have been doing what they can to reach out and help others in need since ...

Set goals to help you get to your new home

Area fishing is business as usual