A home for Christmas will help family thrive 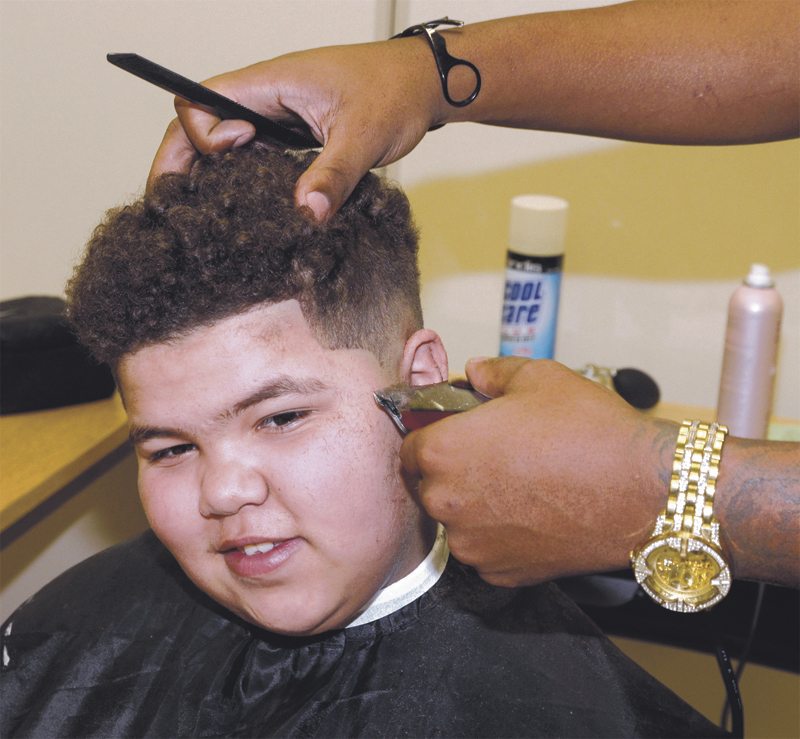 WARREN — Tears rolled down the face of Shaniece Daniels as she walked into the home she thought she would never own.

Shaniece and her husband, Rah-san Daniels, are the third recipients of Team Sanders Inc. annual Christmas house giveaway. The home is located on East Market Street in Warren and was built in 1912.

“We never thought we would own a home,” Rah-san Daniels said. “We both work, but often it is hard to make ends meet on a month-to-month basis.”

“The TSI family and friends are truly blessings for devoting their time and effort into such a beautiful and powerful cause,” Rah-san Daniels said. “All we’ve ever wanted for our family was a big house the kids could grow up in and a place where we could call home.

“Today, you have answered our prayers and we are ever so grateful,” he said.

The Daniels’ have three children, two girls, A’Niveya, 6, A’Niyah, 5, and Rah-san Jr., 4, and a new baby expected in March. Shaniece, 25, works a full-time and a part-time job and Rah-san, 27, also works full time. The couple are active in their childrens’ school, with their families and in the community.

It is the kind of couple that Team Sanders and their supporters decided to focus on with this year’s house giveaway.

“In the first two years, we helped families that experienced significant issues during the year,” Kiisha Sanders, executive director of the Team Sanders Inc., said.

Team Sanders did its first Home for Christmas giveaway in 2015 after hearing about two children whose mother was found dead in a hotel and were sent to live with a relative who already had eight children in his home.

Working with Trumbull Neighborhood Partnership and others, William and Kiisha Sanders obtained a home that was on the city’s demolition list and made significant upgrades to it so it could be presented to Fred Washington and the 10 children he was raising.

The Sanders’ already were doing an after-school program for about three years at Jefferson PK-8 School when they decided to do the first home giveaway.

“The after-school program had grown from six students to about 60,” Kiisha Sanders said.

In 2016, Team Sanders Inc., a nonprofit, had grown and decided to do a second home giveaway.

Once again, with the help of dozens of volunteers, Team Sanders took a home that was on the city’s demolition list, rehabbed it and gave it to a family that had an issue that made it impossible to for them to own their own home.

Councilman Eddie Colbert said the idea of this year’s giveway was to make a difference in a family’s life.

“The thought was, if a hard-working couple that is doing everything they can to build a good life for their children but are just making ends meet; we are hoping that by freeing them from having to pay rent of $600 to $700 a month, they will be able focus on their childrens’ education or on helping the community.”

Ben Hurt, Shaniece’s stepfather, believes the couple will use this extraordinary gift to save money and work to make the lives of their children better.

“I am so proud of the two of them,” he said. “They will take this blessing and use it to help others.”

The home required significant rehabilitation work, including replacing older electrical wiring, plumbing, replacement of the furnace and hot water tank, new flooring, restoring some of the natural wood and the painting of every room.

“Most of the work was done by volunteers,” Colbert said. “We had companies and tradesmen who provided time and effort.”

Sanders said about 80 percent of the work was done by volunteers.

In addition to the house, Team Sanders, through its volunteer network, provided furniture, items the family will need in setting up the home, a Christmas tree, as well as toys and gifts for the children