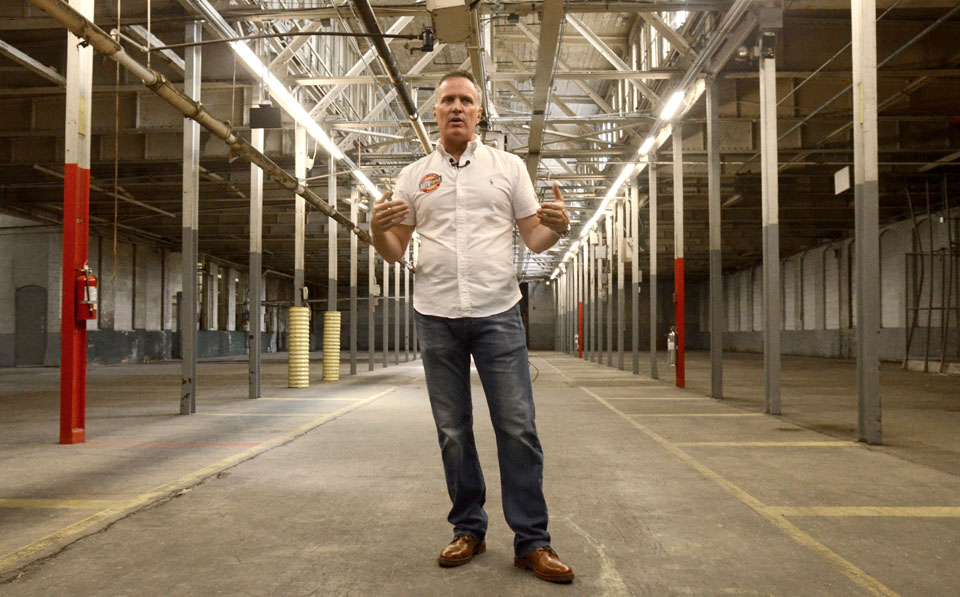 WARREN — Warren native Christopher Alan is moving forward with plans to build automated parking systems in Warren, but not at the former Delphi plant on Dana Street NE.

Alan announced Monday that after unsuccessful negotiations with Maximus III Properties, which owns the former Delphi plant, he has instead opted to purchase the former General Electric building, 310 Dana Street NE, which is near the Delphi plant, as well as the former GE Lamp plant site.

Maximus III Properties is owned by Sergio DiPaolo of Girard. The two sides last met in March, according to Alan.

“It is unfortunate that we could not come to an agreement, but we have to move forward,” said Alan, founder and CEO of Auto Parkit. “We are about 18 months behind schedule.”

The businessman announced in January he was in negotiations to purchase a second property in the Mahoning Valley as a backup to the former Delphi building, but would not say where the property was located. It turns out the site was the former GE building, which is about 100,000-square-feet. Alan closed on the purchase last month.

Dasher-Lawless, Auto Parkit’s development company, paid cash for the building. Between the building and the four acres on which the former lamp plant sat at 1210 North Park Ave. NE, about 10 acres were purchased.

Since the October 2015 announcement at which he said he was bringing the Auto Parkit manufacturing facility to Warren, Alan has hired 20 engineers and architects now working in offices in Ohio, Michigan, California and Canada. He expects to add another four within the next 60 to 90 days.

Because of the size and design of the former GE building, Alan said it will not be used as the company’s primary manufacturing facility. It will be used to do some basic fabrication and testing of equipment.

Dasher-Lawless is looking for a larger facility more suitable for the size of equipment Auto Parkit will need to manufacture sections for its automated parking facilities. While it is looking for an existing facility, Alan says it is open to building a new facility.

Because of its size, 322,000-square-feet, and location on a rail line, the former Packard Electric site was an ideal. He is hoping to find a manufacturing facility of similar size. The company still has a lease on the the property.

Auto Parkit already has spent about $2.5 million on this project.

“While this is a drop in the bucket in the scope of what we our company wants to do, it is still a large investment,” Alan said.

In addition to the purchase of the GE properties, Alan said he already has contracts with local companies, such as Bloom Industries, Flex Strut Inc., Starr Manufacturing and Glunt Industries to do work for Auto Parkit.

“The next step is to look for an office building to renovate,” Alan said.

“It is important that Auto Parkit owns this building, so it can move forward,” Franklin said. “One door closes, so another door will open.”

“Since this morning, we have already identified one potential site for the office,” Franklin said. “We are hoping to arrange a meeting with Mr. Alan’s team and the building’s owner.”