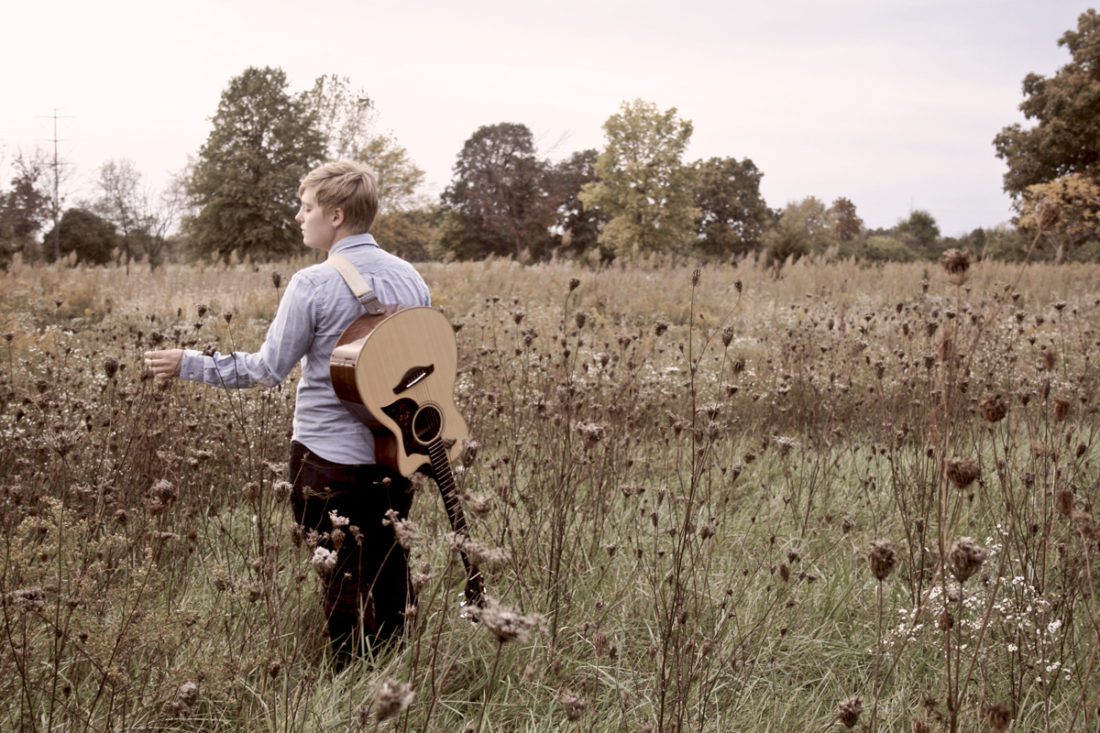 Photo by Lara Beuhring Youngstown native Shiloh Hawkins comes home for four area shows this weekend in conjunction with the release of her EP “Blue Through Branches.”

“My first impression of the music scene there made me realize how much talent was truly jam-packed into the Youngstown scene,” she said. “I instantly had a new appreciation for the city that I had taken for granted for so long.

“A new style began to emerge in my writing, a more percussive, raw, folky style,” Hawkins said. “I began dabbling more with open tunings. My taste in artists changed somewhat. I was writing new material and also revisiting super old music from my late teens and early twenties that I was unable to finish before.  Now I was finally finishing it and rewriting it. That was a totally new experience to me, and I could not believe that all of these old riffs and lyrics suddenly had their place in my life.”

Hawkins said she felt more inspired than ever when she moved to Austin. One of the first tunes she wrote there is called “Put the Coffee On,” which she said is about the long-distance relationship that her partner and she had.

“To make a long story short, as cool as Austin is, I didn’t feel like I was really meant to be there long term,” Hawkins said. “I began to feel isolated and lonely, totally outside of my element. I missed my family, my friends and my girlfriend. The thought of not having a real autumn season or mountains nearby to camp was painful.

“These feelings of isolation and sadness helped me produce more music, of course,” Hawkins said. “I left in July and settled in Columbus, which felt like a good compromise because I am now much closer to home. I still have the opportunity to explore new territory and get my music out to folks who have not heard it yet.”

She is coming home this weekend for four area solo shows at The Lime Tree in Warren, B&O Station and Cedars West End in Youngstown, and Birdfish Brewing Co. in Columbiana. It’s being billed as her Rust Belt Mini Tour and will coincide with the release of a new EP. It will be released under her name, but it’s titled “Blue Through Branches,” which was the name of her previous band in Youngstown.

“My new EP is an actually a new / old EP, if that makes any sense,” she said. “Several years ago, a former band that I fronted, Blue Through Branches, recorded this EP at Ampreon Recorder with Pete Drivere. Between lack of finances, lack of communication and perhaps lack of motivation, the EP was placed on the back burner.

“While in Austin, my friend Tyler Olfers (of Prometheus Tree) introduced me to a great sound engineer named Rob Hinton, who owns Mesa Recording Studios. He liked the album so much that he offered to master it for free.

“I am very fortunate that I got to play with the phenomenal guys that I did; they really made my songs come alive,” she said.

Hawkins still is in the process of writing new material, which will be featured on another coming EP that will reflect her current music. Hawkins said that she will begin promoting her music under a new project name soon.

“Lots of good changes are in the works. Sometimes things move quickly and sometimes they take longer than we want them to. There have been lots of moments in my music career where I kind of sat back and just day-dreamed about moving forward, yet I lacked the necessary tools to do so.

“The year 2016 has ushered in all kinds of new experiences for me, and although it is still a learning process of trial and error, I would have to say that I am evolving now more than ever. I am so proud of where I am with my songwriting. I look forward to spending some time in the Rust Belt to share my music with the people who supported me and had my back even when I didn’t believe in myself,” Hawkins said.

HOW MUCH: $5 at Cedars West End; no cover charge at the other venues.