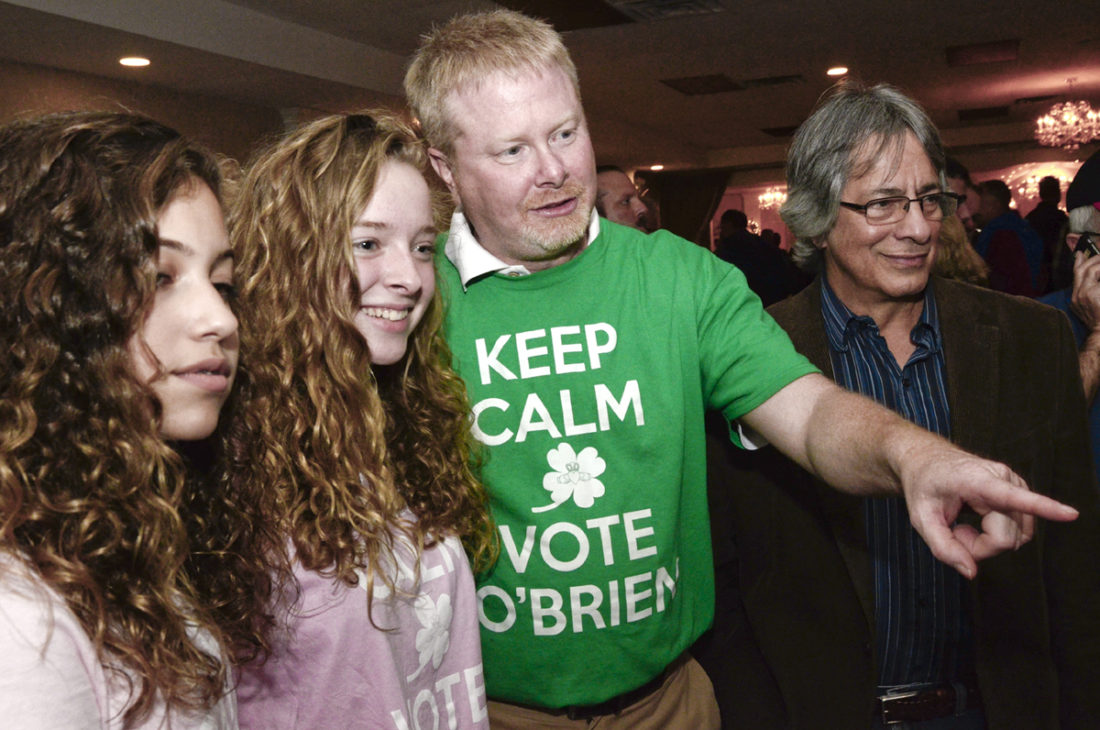 ­WARREN — Despite losing in Geauga and Ashtabula counties, Sean O’Brien won enough votes in Trumbull County to win a seat in the Ohio Senate, according to incomplete and unofficial results from the county boards of election.

With all precincts reporting, O’Brien, D-Bazetta, won with 56 percent of the overall vote, blocking Chardon Republican Rob Allen from taking the seat, according to incomplete and unofficial results from the Ohio Secretary of State’s Office.

But in Trumbull County, which has more registered voters than Geauga and Ashtabula counties combined, O’Brien won 62 percent of  the vote, according to incomplete and unofficial results from the board of election.

O’Brien, who is finishing his term as the state representative for the 63rd District, said he was disappointed voters in the northern counties didn’t pick him, but said the issues facing the three counties are similar and he will work with their local officials to target their needs.

“Voters in Trumbull County know me, I have represented them for six years in the state house, and they recognize how I work for them, “ O’Brien, 47, said.

Campaigning on a platform of wringing dollars out of the Republican governor’s $2 billion rainy day fund for local governments and programs, O’Brien said he would fight to make sure money that makes its way to state coffers isn’t only doled out to the the three “Cs” — Cleveland, Cincinnati and Columbus.

Allen said he was proud of the showing he made in the northern counties and congratulated O’Brien, who he said ran a gentleman’s race. One of the reasons Allen said he lost in Trumbull County is because the local Republican Party didn’t support him.

“I strongly believe the reason I didn’t get enough votes in Trumbull County is Randy Law,” Allen said.

Law, chairman of the Trumbull County Republican Party, is in the middle of a lawsuit with a former ranking officer in the party.

The political infighting affected how the party supported candidates on the other side of the riff, Allen said, claiming Law’s party didn’t give him a chance to appear in the county GOP’s advertisements or promotions. Allen and Law briefly competed in the primary for the seat before Law dropped out.

Law disputes the claim, and said Allen didn’t respond to other party members who asked for his participation.

Allen insists no one reached out to him and said, “It cost us Republicans a senate seat in the district that we could have won, because Law refused to support me as a Republican candidate.”

Allen, 49, said during the campaign the northern part of the district needs more attention from its legislators to address basic infrastructure needs.

Infrastructure, including waterlines, sewer lines, and restoring money to local governments, are at the top of O’Brien’s agenda for the new year, he said.

Addressing the opiate epidemic, which O’Brien said has affected all of the counties in the district and in the state, is also important, O’Brien said.