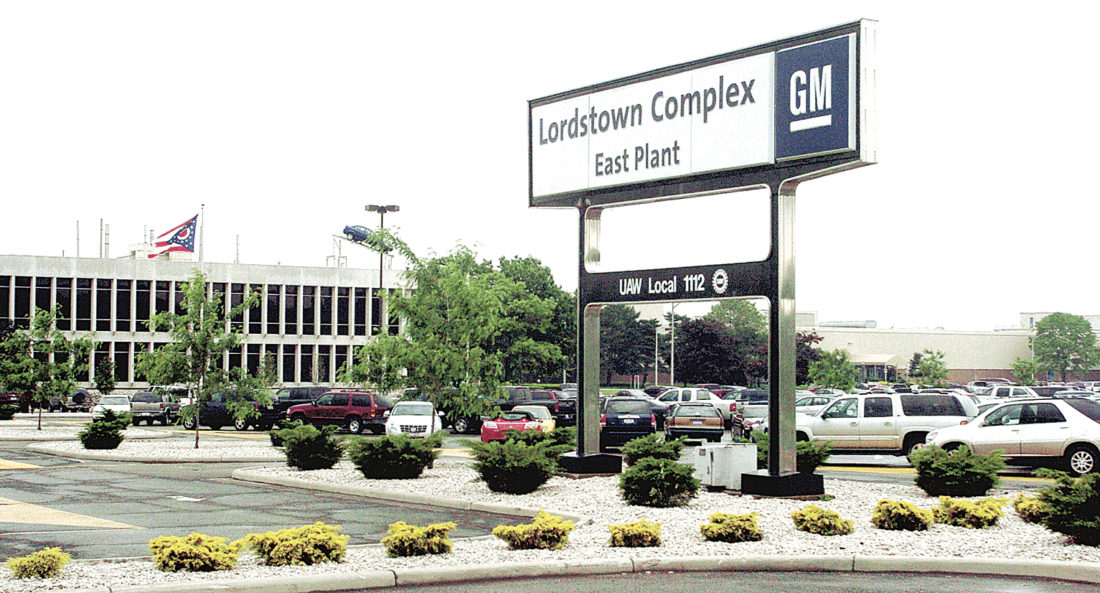 LORDSTOWN — Employees at the General Motors Assembly Complex were shocked to learn Wednesday that more than 1,200 of them will be out of work by the end of January when the automaker cuts the local plant’s third shift.

“It’s been hard for our members today,” said Glenn Johnson, president of United Auto Workers Local 1112. “There are people who have never known any other way of life except to go to General Motors and work every day. Needless to say, today has been a very difficult day.”

GM announced that 1,202 hourly Lordstown workers will lose their jobs, effective Jan. 23, while 43 salaried employees will have the option to transfer to other facilities. More than 4,500 people work at the local plant that has made the Chevrolet Cruze exclusively since 2010.

Johnson and UAW Local 1714 President Robert Morales, who informed workers of the layoffs during several meetings throughout the day, said the cuts will be “complex-wide and based on seniority.” They said the union met with management about a week ago to discuss options and leaders were informed of the company’s plan on Monday.

“It’s very emotional, some people teared up when they heard the news and with holidays coming up … knowing you won’t have a job,” Morales said. “Especially of concern to many workers is that there is no return to work date. These layoffs will be indefinite.”

The Detroit automaker said the move is being made to more effectively match supply with demand as customers shift from wanting smaller cars to bigger vehicles.

“This is not a situation you take lightly, to remove a shift, but this realignment needs to occur,” said GM spokesman Tom Wickham.

He said projections indicate customers will continue to want crossovers, SUVs and trucks instead of smaller cars such as the Cruze.

Wickham said he could not speculate on whether the workers will be called back to their jobs, and he declined to discuss production plans.

“Something like this definitely always has an impact, there’s no question about it,” he said. “You hate to see this happen. You never want to see it happen. But with oil prices per barrel where they are now, being down so low, it’s not surprising to see people looking to the larger vehicles and that this has finally caught up to the (auto) industry.”

The plans include investing more than $900 million in three facilities — Toledo Transmission Operations in Ohio, Lansing Grand River in Michigan and Bedford Casting Operations in Indiana —  “to prepare the facilities for future product programs.”

Johnson said the goal now at Lordstown is for the plant to position itself and be prepared for any changes in the market, a potential shift back to the small car or any new product that could land at the local facility.

Meanwhile, Morales said, it will be business as usual as employees continue working three shifts a day, five days a week until Jan 23, with a daily goal of producing more than 1,200 units. After the layoffs, he noted, it’s likely the plant’s new daily production goal will be cut by at least 400 units.

“This has nothing to do with the quality of work at the plant or our abilities to build a quality car,” Morales said. “This is something that is out of our control.”

It remained unclear Wednesday which workers will be laid off. Union bargaining units will meet with management and, “department by department, job by job,” determine which positions will be affected, Johnson said.

“When all you know is to go to work everyday and build cars, an announcement like this is shocking. If you’ve been following the market you can see the shift, but I didn’t see it coming this quickly or this expeditiously, not like this,” he said.

In 2006, GM announced the elimination of Lordstown’s third shift, affecting 1,450 workers in assembly and metal fabricating plants, as part of GM effort to scale back production nationwide. In 2010, when the plant made the transition from producing the Cobalt to manufacturing the Cruze, the third shift returned.

More than 3.5 million units of the popular small car have been sold around the world since 2008, and more than 1.25 million of those have been made in Lordstown. GM invested $250 million to retool Lordstown to manufacture the next-generation Cruze that went into production at the local plant in February.

Earlier this year, GM leaders said the three daily shifts Lordstown had been running to produce the Cruze for domestic distribution hadn’t been enough and that sales could have been better if inventory had not been limited.

In June, GM told its Lordstown workers that because consumer demand for the Cruze’s second generation was not being met here, the company decided to supplement its supply with Mexican-made units for U.S. distribution, starting this fall. On Wednesday, Johnson and Morales said the local job cuts are not related to production in Mexico and that GM will no longer supplement its U.S. supply with Cruzes built in Mexico.

“You never like to see anybody lose their job,” Hill said. “You understand it’s a decision based on the market. I hope it doesn’t last long.”

He said the village, which generates revenue from GM workers through its 1 percent income tax, will be OK because it is financially stable.

Research has consistently shown the importance of the housing sector on the economy and the long-term social and ...

VIENNA — The township police department’s website is advertising a job opening for a part-time uniformed road ...

SOUTHINGTON — A 24-year-old woman told Trumbull County sheriff deputies she was assaulted Thursday evening at a ...