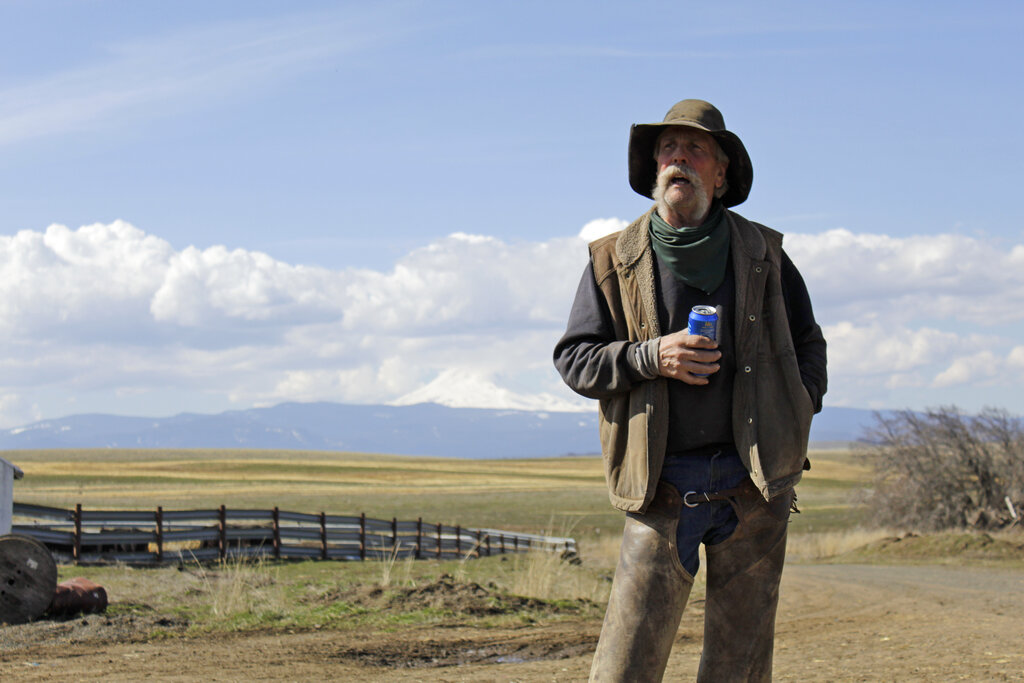 In this photo taken Friday, cattle rancher Mike Filbin stands on his property in Dufur, Ore., after herding some cows and talks about the impact the new coronavirus is having on his rural community. Tiny towns tucked into Oregon's windswept plains and cattle ranches miles from anywhere in South Dakota might not have had a single case of the new coronavirus yet, but their residents fear the spread of the disease to areas with scarce medical resources, the social isolation that comes when the only diner in town closes its doors and the economic free fall that's already hitting them hard. (AP Photo/Gillian Flaccus)

DUFUR, Ore. (AP) — The social distancing rules repeated like a mantra in America’s urban centers, where the coronavirus is spreading exponentially, might seem silly in wide-open places where neighbors live far from each other and “working from home” means another day spent branding calves or driving a tractor alone through a field.

But as the pandemic spreads through the U.S., those living in rural areas, too, are increasingly threatened. Tiny towns tucked into Oregon’s windswept plains and cattle ranches miles from anywhere in South Dakota might not have had a single case of the new coronavirus, but their main streets are also empty and their medical clinics overwhelmed by the worried.

Residents from rural Alabama to the woods of Vermont to the frozen reaches of Alaska fear the spread of the disease from outsiders, the social isolation that comes when the only diner in town closes its doors and economic collapse in places where jobs were already tough to come by.

“Nobody knows what to do and they’re just running in circles, so stay away from me is what I’m saying,” said Mike Filbin, a 70-year-old cattle rancher in Wasco County, Oregon, one of the few parts of the state that has yet to see a case of COVID-19.

“Right now, we’re pretty clean over here, but we’re not immune to nothin’ — and if they start bringing it over, it’ll explode here.”

To make matters worse, some of the most remote communities have limited or no internet access and spotty cellphone service. That makes telecommuting and online learning challenging in an era of blanket school and work closures, and it eliminates the possibility of the FaceTime card games and virtual cocktail hours that urban Americans have turned to in droves to stay connected.

The routine ways that rural Americans connect — a bingo night, stopping in at a local diner or attending a potluck — are suddenly taboo.

“Rural people are reliant on their neighbors and have more confidence and trust in their neighbors,” said Ken Johnson, a senior demographer at the Carsey School of Public Policy and professor of sociology at the University of New Hampshire. “Now you have people who are supposed to self-isolate themselves. What does that mean when people you depend on, in order to help you, are going to put themselves and their families at risk? I don’t know what that will do in rural America.”

Neil Bradshaw, the mayor of Ketchum, Idaho, is starting to see the answer to that question in his own community.

The rural resort town has struggled since the arrival of COVID-19, and he fears if the virus lingers too long, it could devastate it. The town is nestled next door to the tony skiing destination Sun Valley Resort and is known as the second-home haven for dozens of celebrities.

It’s also become the epicenter of Idaho’s caseload, with at least 35 cases and known community spread of the virus. At least 14 of the cases are among health care workers, forcing the town’s small medical workers to bring in replacement staffers from nearby cities.

“Our town thrives on people coming to town, and for the first time in our history we are discouraging visitors,” said Bradshaw, of the town of 2,700 people. “Initially people had different levels of adoption, but there’s tremendous community pressure that we’re all in this together. We’ve gone from being a vibrant town to a ghost town.”

The town’s coffers rely on a local option tax, and if that drops by half the city will have lost $700,000 in revenue, he said.

Others worry about outsiders bringing the disease to truly remote areas that aren’t equipped to deal with it. Across the nation, there are over 51,000 general intensive care beds in urban counties, compared with just 5,600 in rural counties, according to data compiled by The Associated Press.

In Georgiana, a small town in southern Alabama, the only hospital closed last year and residents have now been forced to flock to the health clinic instead when a person in a town 5 miles away was diagnosed with COVID-19. More than 30 percent of Georgiana’s 1,600 residents are over age 60, putting them at higher risk with limited medical facilities to serve them, said Mayor Jerome Antone.

The town’s older residents, he said, are “aggressively upset” even though no one there has been diagnosed yet.

In Alaska’s Point Hope, an Inupiat whaling village at the edge of the Arctic Ocean nearly 700 miles north of Anchorage, tribal leaders have been preparing and discussing potential issues, including air travel into town. The state’s limited road system doesn’t reach the town of 900 people, which relies on planes for much of its connection to the outside world.

Concerns over the virus have already shut down the school and youth recreation center, and food is now delivered to elders instead of letting them congregate for daily social meals.

One of the two airlines that serve Point Hope will begin restricting flights this week to cargo and passengers with medical or other essential needs.

Some residents worry the recent deaths of two elders could still bring out-of-town mourners by plane for the funerals.

“We have all kinds of different people who come into our village,” said acting Mayor Daisy Sage. “This coronavirus is serious.”

Thousands of miles away, in South Dakota, falling prices for beef are generating as much — or more — worry than the virus.

Sam Stoddard, a cattle rancher near the small community of Kadoka said futures markets for beef have dropped up to 30 percent because of the coronavirus. He’s worried about longtime ranchers being able to hang on.

If the market remains terrible, he said, ranchers can put off selling their calves until later in the year — but no one knows how long the economy will be in upheaval, leaving everyone stressed.

At the same time, the state has not shuttered businesses, leaving residents wondering what to expect next. South Dakota has 30 confirmed cases of the coronavirus.

“Normally this time of year we’re more worried about a big blizzard coming in and killing 10 percent of our calves. You know it’s coming, and you can prepare for it,” said Stoddard, who lives 35 miles (56 kilometers) from the nearest town of any size.

“With this, you don’t know what’s coming or what you should be doing.” 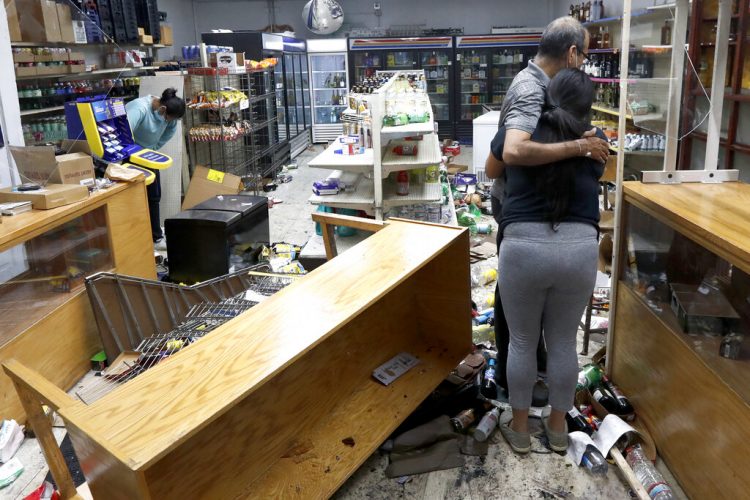 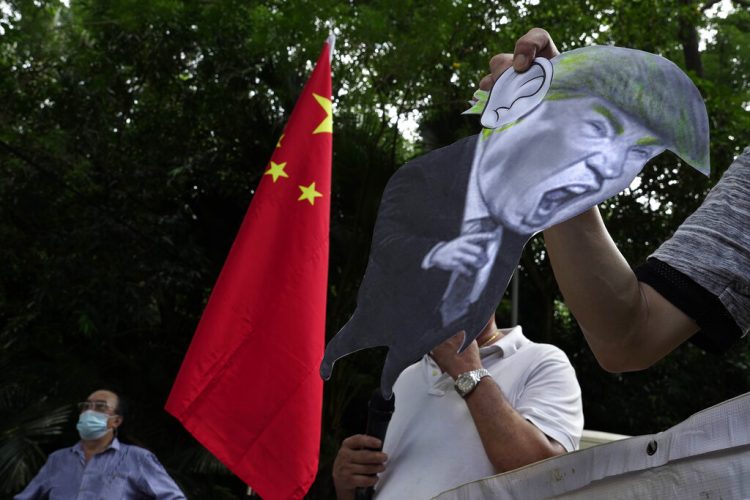 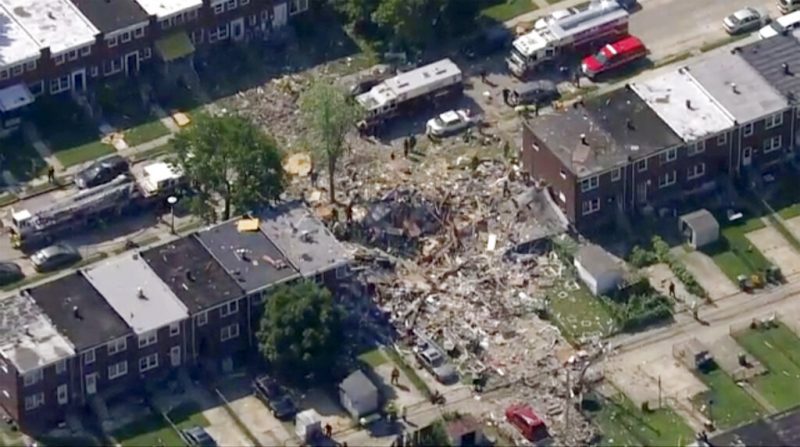 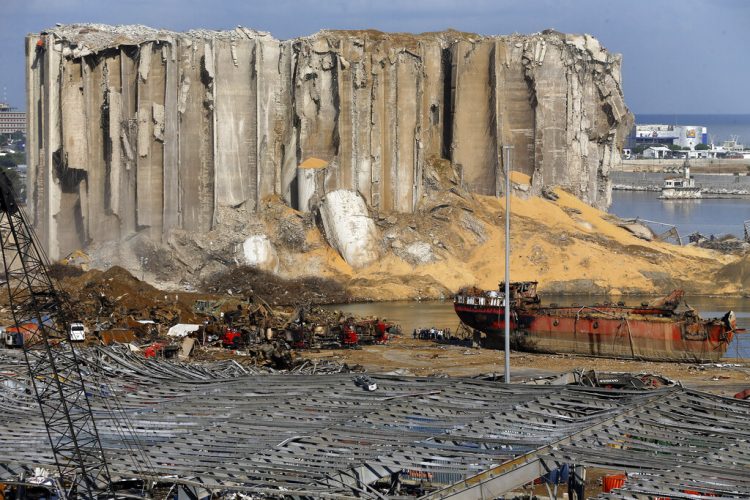 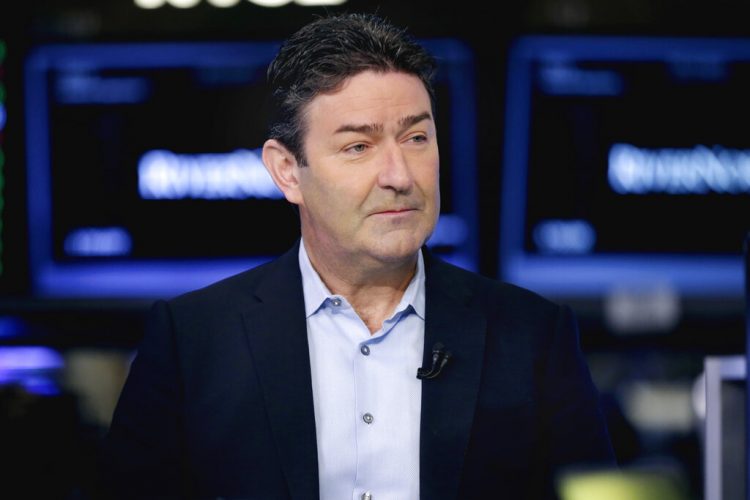 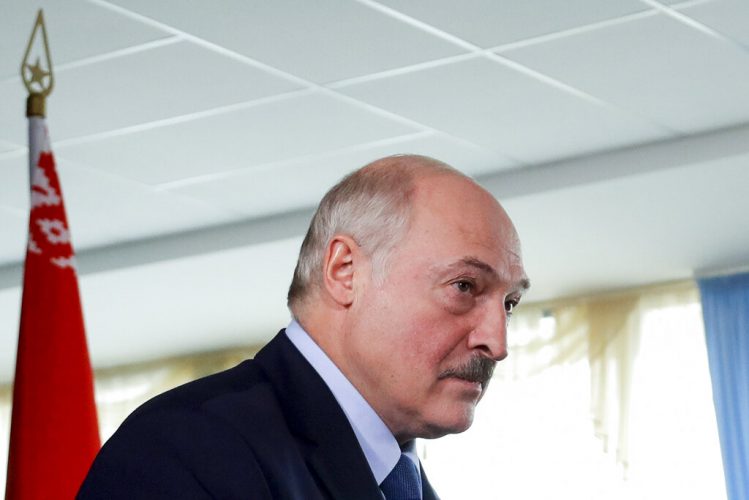