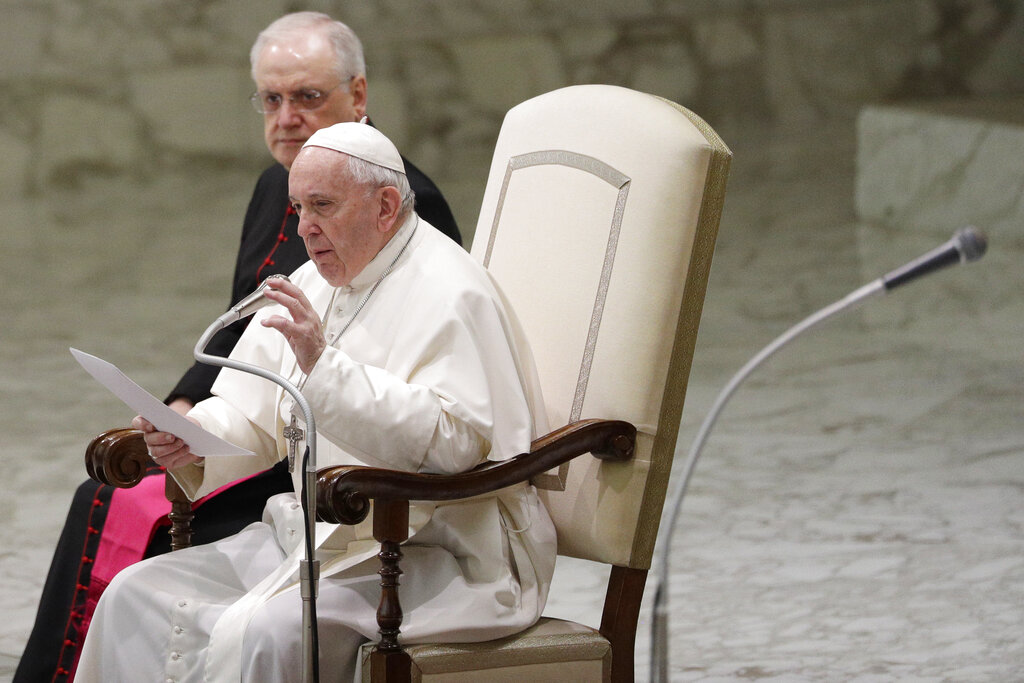 VATICAN CITY (AP) — Pope Francis declined today to approve the ordination of married men to address a shortage of priests in the Amazon, sidestepping a fraught issue that has dominated debate in the Catholic Church and even involved retired Pope Benedict XVI.

Francis, in an eagerly awaited document, did not refer to the recommendations by Amazonian bishops to consider the ordination of married men or women deacons. Rather, the pope urged bishops to pray for more priestly vocations and to send missionaries to a region where faithful Catholics in remote areas can go months or even years without Mass.

The papal dodge disappointed progressives, who had hoped he would at the very least put both questions to further study. It outraged liberal Catholic women’s groups. And it relieved conservatives who have used the debate over priestly celibacy to heighten opposition to the pope, whose strongest conservative critics have accused of heresy.

Francis’ document, “Beloved Amazon,” is instead a love letter to the Amazonian rain forest and its indigenous peoples, penned by history’s first Latin American pope. Francis has long been concerned about the violent exploitation of the Amazon’s land, its crucial importance to the global ecosystem and the injustices committed against its peoples.

Quoting poetry as frequently as past papal teachings, Francis addressed the document to all peoples of the world “to help awaken their affection and concern for that land which is also ours and to invite them to value it and acknowledge it as a sacred mystery.”

“Beloved Amazon” is in many ways a synthesized and focused version of Francis’ 2015 landmark environmental encyclical, “Praised Be,” in which he blasted wealthy countries and multinational corporations for destroying the world’s natural resources and impoverishing the poor for their own profit.

Francis said he has four dreams for the Amazon: that the rights of the poor are respected, that their cultural riches are celebrated, that the Amazon’s natural beauty and life are preserved, and that its Christian communities show Amazonian features.

Francis had convened bishops from the Amazon’s nine countries for a three-week meeting in October to debate the ways the church can help preserve the delicate ecosystem from global warming and better minister to the region’s people, many of whom live in isolated communities or in poverty in cities.

The Argentine Jesuit has long been sensitive to the plight of the Amazon, where Protestant and Pentecostal churches are wooing away Catholic souls in the absence of vibrant Catholic communities where the Eucharist can be regularly celebrated.

In their final document at the end of the October synod, the majority of bishops called for the establishment of criteria so that “respected” married men in their communities who have already served as permanent deacons be ordained as priests.

In addition, the bishops called for the Vatican to reopen a study commission on ordaining women as deacons, a type of ministry in the church that allows for preaching, celebrating weddings and baptisms, but not consecrating the Eucharist. Francis had created such a commission in 2016 at the insistence of religious sisters who want more say and roles in church governance and ministry, but the group ended its work without reaching consensus.

Francis didn’t mention either proposal in “Beloved Amazon” and didn’t cite the synod’s final document in his text or in a single footnote. But he did say in his introduction that he wanted to “officially present” the synod’s work and urged the faithful to read it in full, suggesting that he at least valued the input.

Francis did echo many of the synod’s recommendations, calling for greater lay participation in the life of the church and saying the training of priests in the Amazon must be overhauled so they are more able to minister to indigenous peoples. He said “every effort should be made” to give the faithful access to the Eucharist.

“This urgent need leads me to urge all bishops, especially those in Latin America, not only to promote prayer for priestly vocations, but also to be more generous in encouraging those who display a missionary vocation to opt for the Amazon region,” he wrote.

Francis dismissed suggestions that ordaining women to any ministry would serve them or the church. While agreeing that women should have greater decision-making and governance roles, Francis argued that they must find “other forms of service and charisms that are proper to women.”

Groups that advocate for women’s ordination and giving women greater roles in the Catholic Church blasted the document. Francis justified his refusal to consider ordained ministry for women as sparing them the risk of being “clericalized,” or placed on a pedestal.

“This is a dereliction of his duty as a leader with the power to make positive change and challenge discrimination,” said Miriam Duignan of the Wijngaards Institute for Catholic Research, a British-based progressive Catholic think tank.

Kate McElwee, executive director of Women’s Ordination Conference, said the document betrayed women in the Amazon and elsewhere who perform the lion’s share of the church’s work, pass the faith from generation to generation, and yet enjoy no official recognition or authority.

“Recognizing women’s work with diaconal ordination would be the first, most basic step towards righting the wrong of institutional sexism that hobbles our church as it attempts to respond to the moral crises of our time,” McElwee said in a statement.

The Catholic Church retains the priesthood for men, arguing that Christ and his apostles were male. While Eastern rite branches have married priests, and Anglican and Protestant priest converts can be married, the Roman rite church has had a tradition of priestly celibacy since the 11th century, imposed in part for financial reasons to ensure that priests’ assets pass to the church, not to heirs.

Benedict’s participation in the book sparked controversy, since it appeared the retired pope was trying to influence the thinking of the current one, despite his promises to remain “hidden from the world” when he resigned seven years ago.