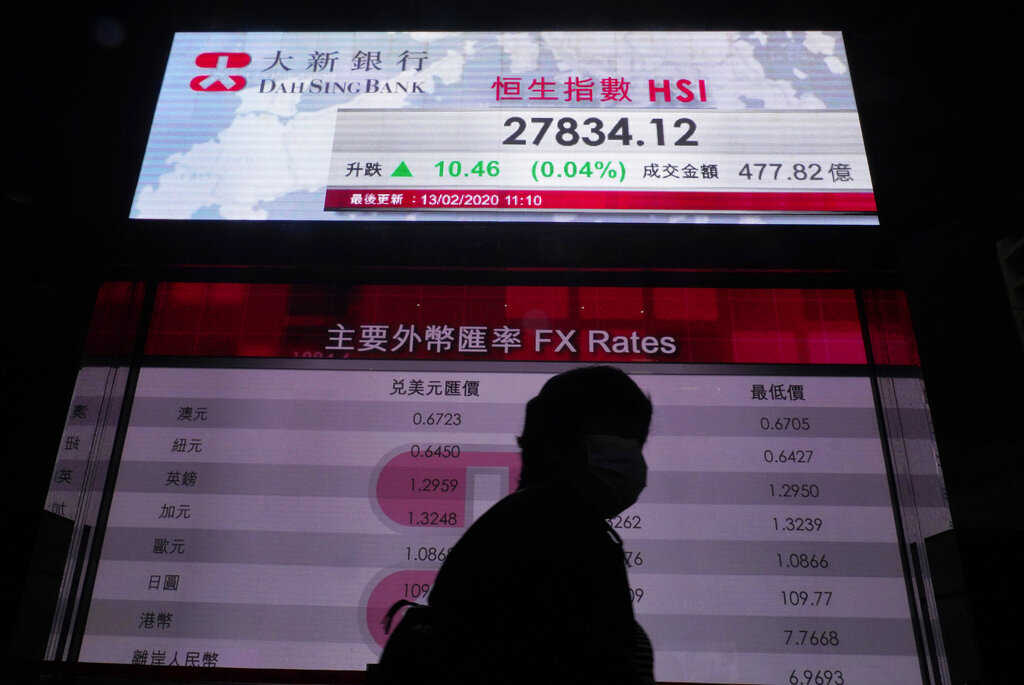 A woman walks past an electronic board showing Hong Kong share index today outside a local bank in Hong Kong. (AP Photo/Vincent Yu)

China reported 254 new deaths and an increase in virus cases of 15,152, after the hardest-hit province of Hubei applied a new classification system that broadens the scope of diagnoses for the outbreak, which has spread to more than 20 countries.

The rise came as a surprise for investors, who had become more at ease because of a recent decline in the daily number of new cases. Now questions are being asked about whether the rest of China is reporting the number of infections accurately.

Worries that the recent downtrend in the number of new cases may not be sustained weighed on investors who are worried about the economic impact of the outbreak.

“The new charts of infection rates look much more worrying, and have certainly dealt a blow to the narrative that things were beginning to improve, putting the gains of the past few days in doubt,” said Chris Beauchamp, chief market analyst at IG.

His resignation shakes the government as it faces the challenges of negotiating a new relationship with the 27-nation European Union by the end of this year.