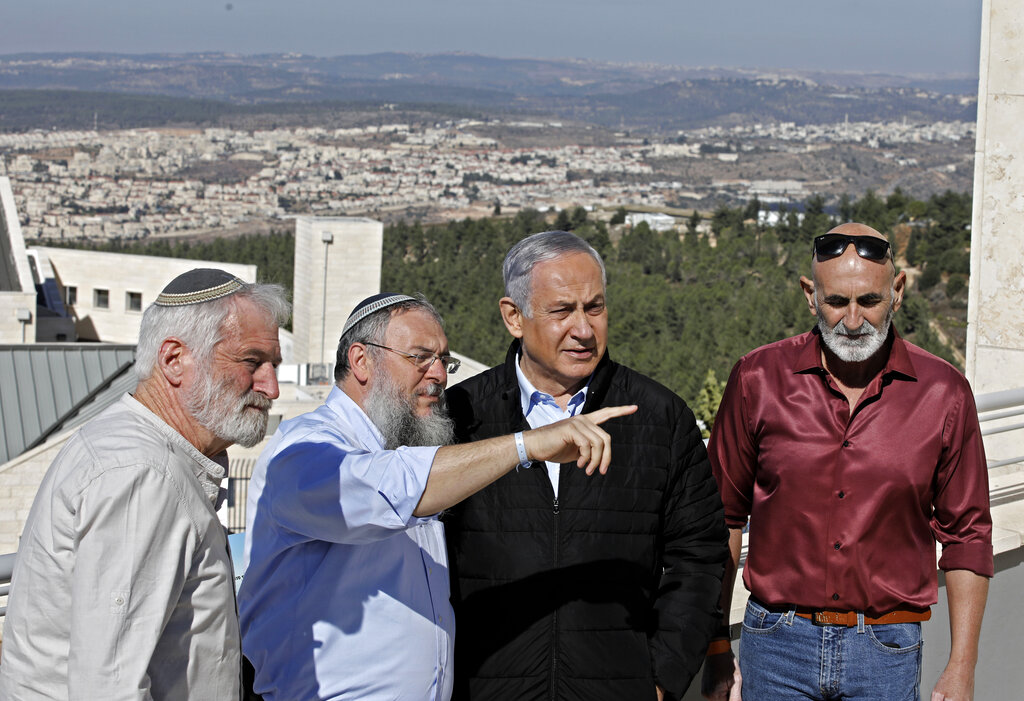 ALON SHVUT, West Bank (AP) — Israel’s prime minister traveled to the West Bank on Wednesday to celebrate the U.S.’s announcement that it does not consider Israeli settlements to be a violation of international law.

Benjamin Netanyahu called the Trump administration’s declaration, which stepped back from four decades of U.S. policy and reversed the policies of President Barack Obama, a “huge achievement” that “fixed a historic wrong.”

“I think it is a great day for the state of Israel and an achievement that will remain for decades,” he said.

Netanyahu spoke today at a gathering of ecstatic supporters and settler leaders in Alon Shvut, a settlement outside of Jerusalem.

The Palestinians, who claim the West Bank as part of a future state, and other countries say the move undercuts any chances of a broader peace deal.

Over 400,000 settlers now live in the West Bank, in addition to more than 200,000 in east Jerusalem, the Palestinian’s hoped-for capital.

The Palestinians and the international community say that settlements are illegal and prevent the establishment of a Palestinian state. Israel says the fate of the settlements should be determined in negotiations.

The head of the Arab League joined the large number of critics, condemning the Trump administration’s latest decision “in the strongest terms.”

The league’s secretary-general, Ahmed Aboul Gheit, said the decision would result in “more violence and cruelty” against the Palestinians at the hands of the Israeli settlers and “undermines any possibility” of achieving peace.

The White House says it has developed a Mideast peace plan, but it has not yet unveiled it. The Palestinians already have rejected the plan, accusing the U.S. of unfair bias in favor of Israel.

The Trump administration has made a number of moves in favor of Israel, recognizing Jerusalem as Israel’s capital, recognizing Israel’s annexation of the Golan Heights and shuttering the Palestinian diplomatic offices in Washington.