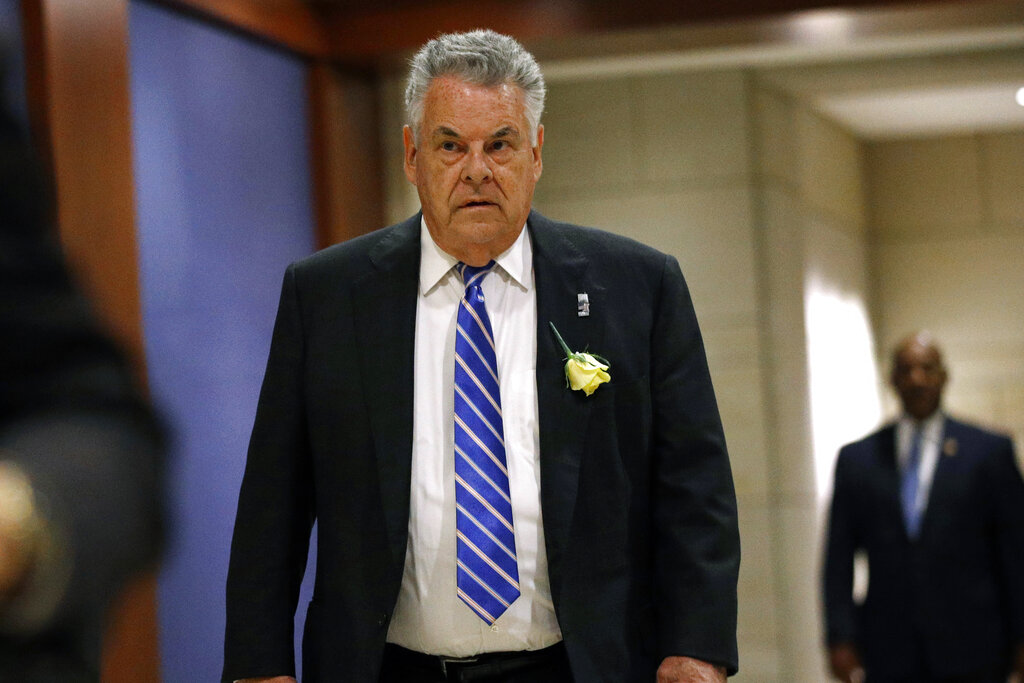 Rep. Peter King, R-N.Y., announced today that he will not seek reelection in 2020. The 14-term Republican congressman said in a Facebook post that his commute was a main factor in his decision, saying he wants "flexibility to spend more time" with his children and grandchildren. (AP Photo/Patrick Semansky, File)

WASHINGTON (AP) — Rep. Peter King, a moderate Republican who has represented a Long Island congressional district for nearly 30 years, announced this morning he won’t seek reelection, presenting Democrats with a fresh suburban target as they defend their majority in 2020.

The decision comes days after voters flocked to Democratic candidates in state elections in Kentucky and Virginia, underscoring Republican vulnerability in a suburban revolt against President Donald Trump.

But in the latest indication that congressional Republicans are rallying behind Trump for now, King said he will oppose Democratic efforts to impeach Trump.

“In the coming weeks and during the next year I intend to vote against President Trump’s impeachment and will support the President’s bid for re-election,” King said.

The 14-term congressman, 75, said in a Facebook post that he’s retiring because he wants “flexibility to spend more time” with his children and grandchildren “after 28 years of spending 4 days a week in Washington, D.C.”

King, a former chair of the House Homeland Security Committee, has cultivated a reputation for bipartisanship while maintaining a hard line on immigration and crime. He is the longest-serving Republican member of New York’s congressional delegation. Still, he won reelection in 2018 by just 6 percentage points.

His district includes southwestern Suffolk County and a portion of Nassau County, about an hour’s drive east of Manhattan. It went narrowly for Trump in 2016.

Democrats seem certain to target the district in 2020. Many suburban districts around the country have been moving steadily toward Democrats as moderate, well-educated voters swing away from the polarizing president.

Twenty House Republicans have announced they will not seek reelection. Three other GOP lawmakers have resigned and already left Congress.

House Democrats retook the majority in 2018, and are looking to defend their majority and grab new seats in suburban districts in what they see as a backlash against Trump.

Only a handful of the Republican-held districts being vacated by retirements are expected to be seriously competitive next year. But King’s district will be one of them, underscoring GOP vulnerability in suburban areas, spotlighted last week as suburban voters in Virginia and Kentucky flocked to Democratic candidates in elections for state offices.