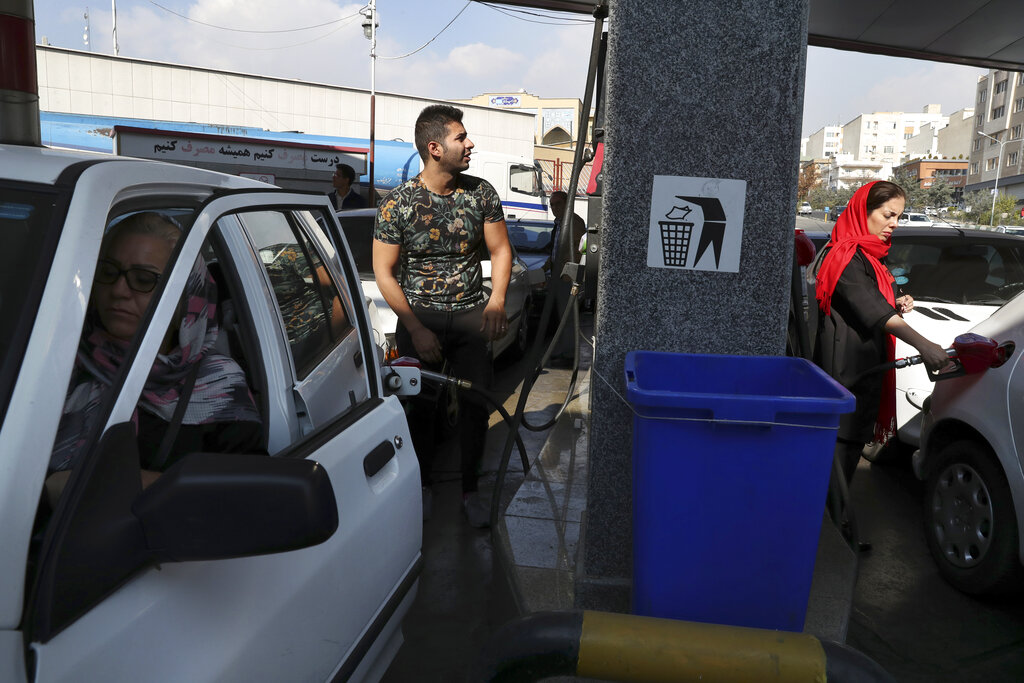 People fill their cars at a gas station today in Tehran, Iran. Authorities have imposed rationing and increased the prices of fuel. The decision came following months of speculations about possible rationing after the U.S. in 2018 reimposed sanctions that sent Iran's economy into free-fall following Washington withdrawal from 2015 nuclear deal between Iran and world powers. (AP Photo/Vahid Salemi)

TEHRAN, Iran (AP) — Many Iranians are angry after authorities abruptly raised fuel prices by up to 50 percent and imposed rationing without any prior warnings to the public.

Across the capital, Tehran, long lines of cars waited for hours at pumping stations following the overnight changes in energy policy.

Iranian officials say the proceeds from the price hikes are earmarked to fund subsidies for low-income families.

According to Iran’s President Hassan Rouhani, the country is facing its “most difficult” time in decades.