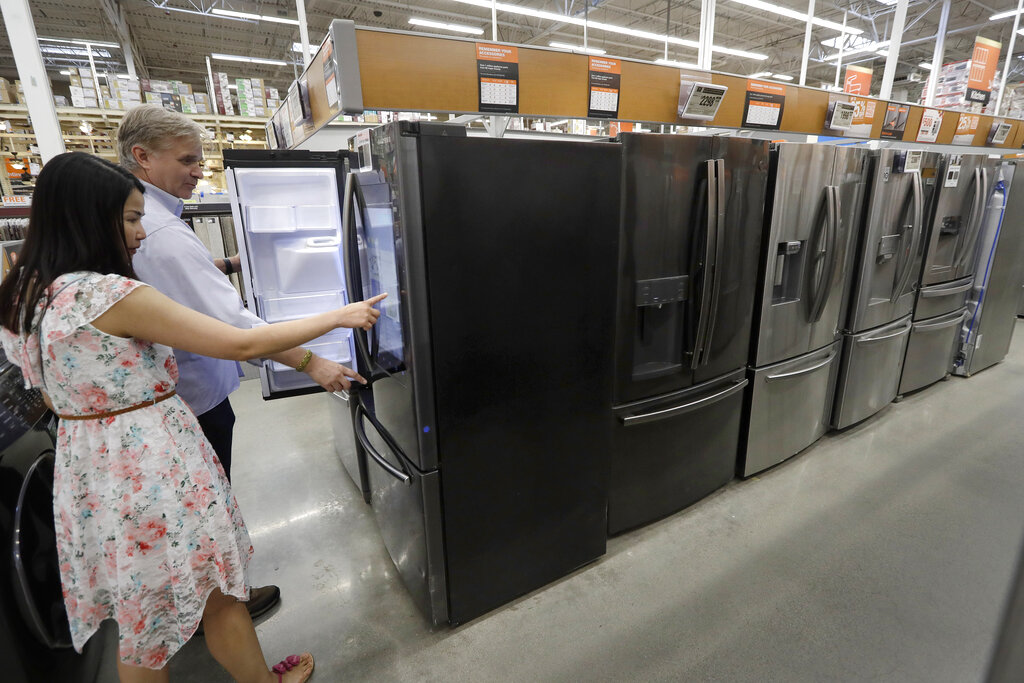 WASHINGTON (AP) — Retail sales dropped in September by the largest amount in seven months, possibly signaling that rising trade tensions and turbulent markets are having an impact on consumer spending.

Retail sales fell 0.3 percent last month following a 0.6 percent gain in August, the Commerce Department reported this morning. It was the first decline since a 0.5 percent drop in February.

Consumer spending was strong in the spring and economists had been counting on continued strength to protect the U.S. economy as it is buffeted by the fallout from President Donald Trumpás trade war with China.

The spending decline in October, which was unexpected, was influenced by special factors including a big 0.7 percent decline in sales at gasoline stations, a decline that likely reflected falling gas prices during the month.

The overall economy grew at a 2 percent annual rate in the April-June quarter with much of that strength coming from a 4.6 percent surge in consumer spending, which accounts for about 70 percent of economic activity.

That spending pace had been expected to slow in the July-September quarter but still remain strong enough to support economic growth near the 2 percent rate seen in the spring.

Economists are worried that a slowing global economy and the adverse impact of the U.S.-China trade war could slow overall growth so much that the country could see an increasing risk of a recession ending the current record-long U.S. expansion, which began in June 2009.

In addition to the drop in gasoline sales, sales of autos fell 0.9 percent in August after a solid 1.9 percent increase in August.

Sales at department stores were down 1.4 percent while sales at general merchandise stores, which include chain retailers such as Walmart and Target, fell 0.3 percent.

Sales in a retail control group which focuses on key components that go into computations of GDP were unchanged in September after a 0.3 percent gain in August.