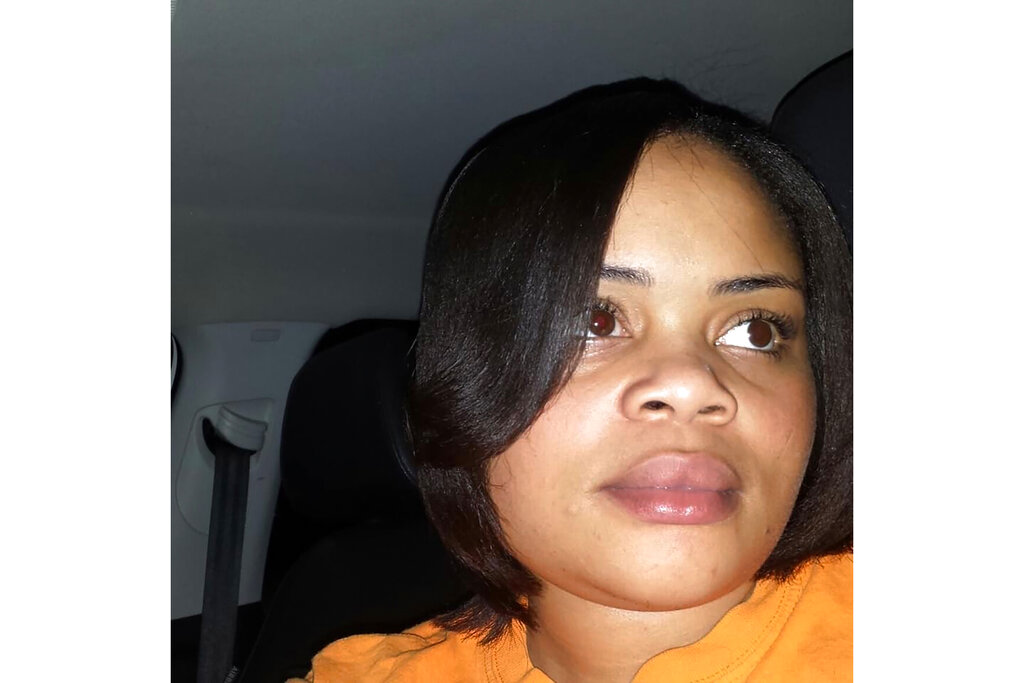 This undated photo provided by Jefferson's family shows Atatiana Jefferson. A white Fort Worth police officer who shot and killed Jefferson through a back window of her home while responding to a call about an open front door acted without justification and resigned Monday before he could be fired, the police chief said. (Jefferson's family via AP)

FORT WORTH, Texas (AP) — Fort Worth’s police chief reiterated today that a white officer’s fatal shooting of a black woman in her home was inexcusable, as an arrest warrant was released quoting the victim’s 8-year-old nephew saying she pointed a gun at a window when they heard suspicious noises outside.

Without directly addressing the child’s account of the killing early Saturday, interim police Chief Ed Kraus told reporters at a news conference that the victim, Atatiana Jefferson, behaved as any Texas homeowner would do if he or she heard a prowler.

Kraus struggled to contain his emotions as he pleaded with the Texas city to not allow the killing to reflect badly on the entire department.

Aaron Dean, 34, was arrested on a murder charge Monday night and released less than four hours later after posting bond, jail records show. He had resigned from the force earlier in the day, and the police chief said he would have been fired if he hadn’t.

“I don’t have any officers saying this action should not have been taken against this individual, this officer. I’m getting the complete opposite response,” Kraus said this morning.

“The officers are hurting,” Kraus said today, apparently close to tears himself.

“They try hard every day to try to make this city better … I likened it to a bunch of ants building an ant hill and then somebody comes with a hose and washes it away. And they just have to start from scratch,” Kraus said, before abruptly ending the press conference.

Police bodycam video shows Dean approaching the door of the home where the 28-year-old Jefferson was caring for her 8-year-old nephew early Saturday. He walked around the side of the house, pushed through a gate into the fenced-off backyard and fired through the glass a split-second after shouting at Jefferson to show her hands.

Dean was not heard identifying himself as police on the video, and Kraus has said there’s no sign that Dean or the other responding officer even knocked on the front door. The video shows Dean shouting, “Put your hands up! Show me your hands!” and immediately firing.

“Nobody looked at this video and said that there’s any doubt that this officer acted inappropriately,” Kraus said.

“I cannot make sense of why she had to lose her life,” Kraus said Monday.

The video includes images of a gun inside a bedroom, but Kraus has consistently said the mere fact she had a gun shouldn’t be considered unusual in Texas.

The arrest warrant released today notes that the other officer at the scene told authorities she could only see Jefferson’s face through the window when Dean fired his gun. Dean’s own bodycam video shows that the view through the window was obstructed by the reflection from his flashlight.

Sgt. Chris Daniels read a statement Monday night, after Dean’s arrest, in which he pledged that the department’s major case and internal affairs units were working “around the clock” for justice in the case.

“To the citizens and residents of our city: We feel and understand your anger and disappointment and we stand by you as we work together to make Fort Worth a better place for all of us,” Daniels said.

Following Dean’s arrest, attorney Lee Merritt said the family “needs to see this through to a vigorous prosecution and appropriate sentencing” and that “the city of Fort Worth has much work to do to reform a brutal culture of policing.”

Mayor Betsy Price has called for a top-to-bottom review of the department. Kraus pledged today that the department would aim for above best-practice policing standards going forward.

The chief said Dean resigned without talking to internal affairs investigators. He said the former officer could face state charges and that he has submitted a case to the FBI to review for possible federal civil rights charges.

Fort Worth is about 30 miles west of Dallas, where another high-profile police shooting occurred last year.

In that case, white Dallas officer Amber Guyger shot and killed her black neighbor Botham Jean inside his own apartment after Guyger said she mistook his place for her own. Guyger, 31, was sentenced this month to 10 years in prison.

Relations with the public have been strained after other recent Fort Worth police shootings. In June, the department released footage of officers killing a man who ignored repeated orders to drop his handgun. He was the fourth person Fort Worth police had fired upon in 10 days.

Of the nine officer-involved shootings so far this year in Fort Worth, five targeted African Americans and six resulted in death, according to department data.

Nearly two-thirds of the department’s 1,100 officers are white, just over 20 percent are Hispanic, and about 10 percent are black. The city of nearly 900,000 people is about 40 percent white, 35 percent Hispanic and 19 percent black.