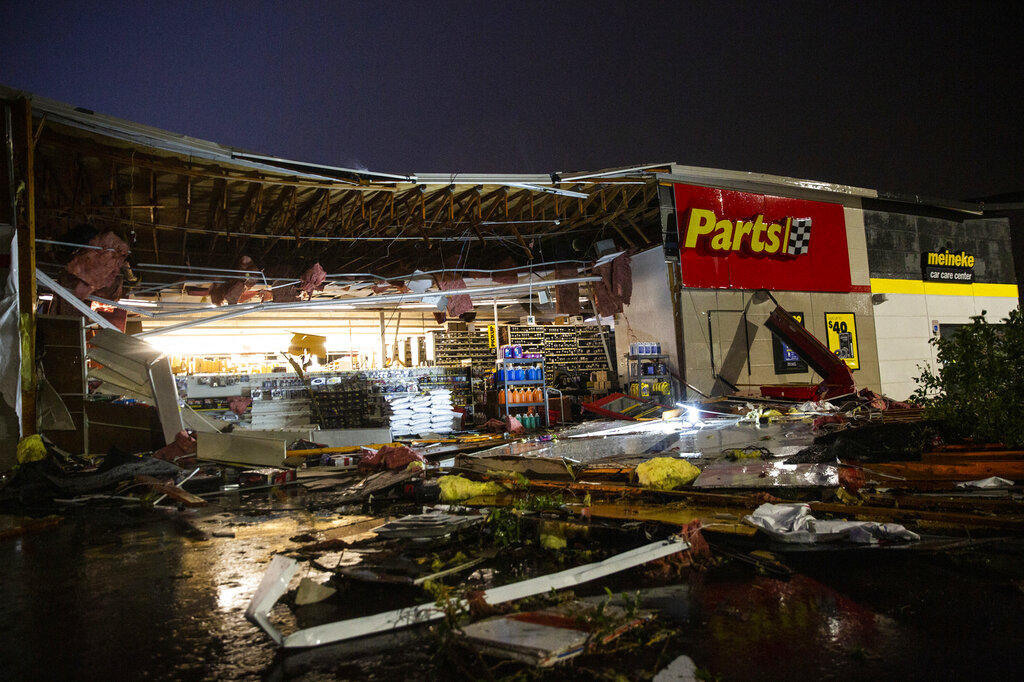 Fire Chief Brad Goodroad said at an early morning news conference this morning that at least 37 structures collapsed in Sioux Falls or have structural issues following the storm that struck just before midnight Tuesday. There were no reports of any fatalities.

Sioux Falls schools delayed classes this morning as crews worked to clear debris, and city officials in Sioux Falls urged citizens to stay off the streets until 8 a.m.

Among the buildings sustaining damage was Avera Behavioral Health. The storm ripped off part of the hospital’s roof and caused significant damage to the building’s windows, according to Avera spokeswoman Michelle Pellman.

“Seven Behavioral Health patients have been transferred to the Avera Heart Hospital,” Pellman said. “Only one patient suffered an injury and it was non-life threatening.”

The Avera Heart Hospital also had damage to its lobby and windows, but all patients are safe, Pellman told the Argus Leader. She said people should stay away from the area because of flooding and debris concerns.

Xcel Energy says as many as 25,000 customers were without power at one point because of the damage, but that number dropped about 2,100 customers by 6:30 a.m.

The Red Cross opened a shelter at the Sioux Empire Fairgrounds’ armory for people displaced by the storm.

Sioux Falls, with an estimated population of 187,200, is located about 240 miles southwest of the Twin Cities in Minnesota.