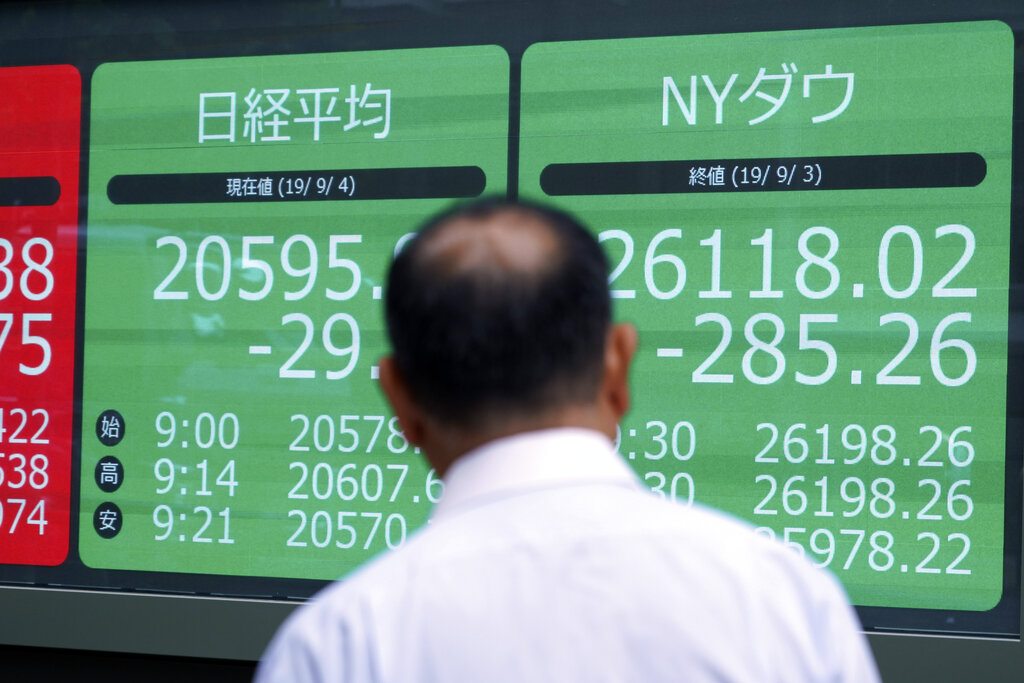 The proposed Hong Kong law prompted complaints it would allow crime suspects to be sent to mainland China, where courts are controlled by the ruling Communist Party. Protesters complained Lam’s government and Beijing were eroding the “high degree of autonomy” promised when the former British colony returned to China in 1997.

The protests have broadened to include demands for universal democracy and for Lam to resign.

“Violence might ease in Hong Kong, but the protests are likely to continue” until other demands are met, said Edward Moya of Oanda in a report.

The global economic backdrop remains dark, however. On Tuesday, an index of U.S. manufacturing issued by the Institute for Supply Management, an association of purchasing managers, slid to a 3½-year low of 49.1 last month from July’s 51.2. Softer global demand, aggravated by the U.S.-Chinese tariff war, appears to be hurting American manufacturers.

In London, Parliament was preparing to defy Prime Minister Boris Johnson’s plans to leave the European common market even if the two sides fail to agree on future trade and other terms.

The House of Commons planned to confront Johnson over his insistence Britain leave the EU on Oct. 31. Parliament agreed to allow Johnson’s opponents to propose a law that would try to block a departure without a deal.

Johnson has said he will call an election to reinforce his position if the lawmakers succeed.

That “could again induce more volatility,” said Mizuho Bank in a report.