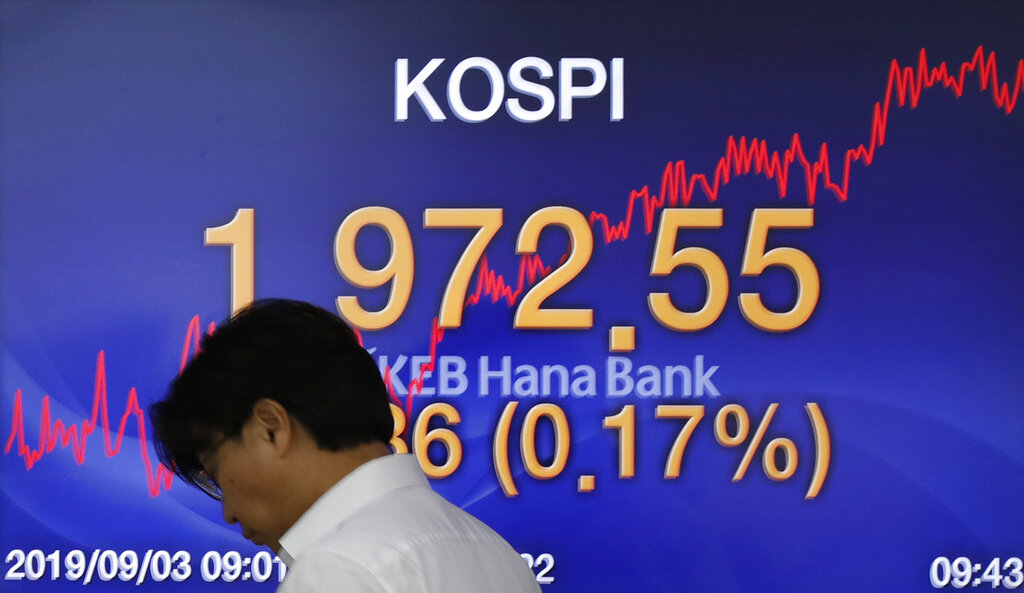 BEIJING (AP) — Global stock markets were mostly lower today amid revived jitters over U.S.-Chinese trade tension, while wrangling by British lawmakers over whether to try to postpone Brexit saw the pound fall further.

Benchmarks in London, Frankfurt and Hong Kong declined. Shanghai closed lower and Tokyo was little changed while traders on Wall Street were poised for selling when the markets open.

Investor optimism about U.S.-Chinese talks this month aimed at ending a tariff war was shaken by a Bloomberg News report that trade envoys were struggling to agree on a schedule.

Markets had reacted less strongly to last weekend’s U.S. and Chinese tariff hikes in a fight over trade and technology. On Sunday, the United States started charging a 15 percent tariff on about $112 billion of Chinese products. China responded by charging tariffs of 10 percent and 5 percent on a list of American goods.

The report is a reminder “of the tremendous gulf between the U.S. and China in reconciling their differences over trade, leaving the global economy hanging in the balance,” Han Tan of FXTM said in a report.

Meanwhile, Britain’s Parliament was due to reconvene after Prime Minister Boris Johnson’s office said he would call an early election if his opponents pass legislation that would block his plans to leave the EU by an Oct. 31 deadline.

Opposition parties are challenging Johnson’s plan to withdraw from the European market of 500 million people even if the two sides haven’t agreed on terms for future trade and travel.

On Wall Street, the future for the benchmark Standard & Poor’s 500 index was off 0.6 percent with trading due to resume after a three-day weekend. That for the Dow Jones Industrial Average was down 0.7 percent.