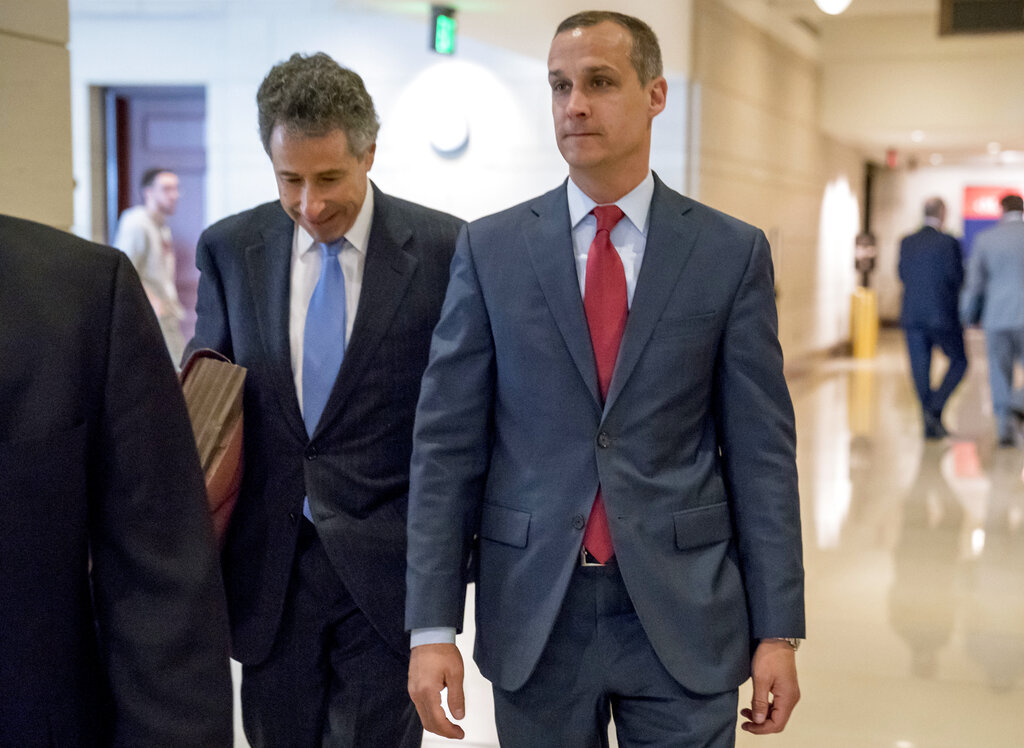 In this March 8 file photo, President Donald Trump's former campaign manager Corey Lewandowski, right, and his lawyer Peter Chavkin, left, arrive to meet behind closed doors with the House Intelligence Committee, at the Capitol in Washington. Lewandowski, is expected to testify publicly today before the House Judiciary Committee in what the panel is labeling its first official impeachment hearing. (AP Photo/Andrew Harnik)

WASHINGTON (AP) — As they investigate President Donald Trump, Democrats on the House Judiciary Committee will hold their first official hearing in what they are calling an impeachment investigation.

But it’s unlikely that Democrats will get much new information. A devoted friend and supporter of the Republican president, Lewandowski isn’t expected to elaborate much beyond what he told Mueller’s investigators last year. Mueller himself testified this summer, with no bombshells. Two other witnesses who were subpoenaed alongside Lewandowski — former White House aides Rick Dearborn and Rob Porter — won’t show up at all, on orders from the White House.

The hearing underscores what has been a central dilemma for House Democrats all year — they have promised to investigate Trump, aggressively, and many of their base supporters want them to move quickly to try to remove him from office. But the White House has blocked their oversight requests at most every turn, declining to provide new documents or allow former aides to testify. The Republican Senate is certain to rebuff any House efforts to bring charges against the president. And moderate Democrats in their own caucus have expressed nervousness that the impeachment push could crowd out their other accomplishments.

Still, the Judiciary panel is moving ahead, approving rules for impeachment hearings last week. Among those guidelines is allowing staff to question witnesses, as will happen for the first time with Lewandowski.

Lewandowski never delivered the message but asked Dearborn, a former Sessions aide, to do it. Dearborn said he was uncomfortable with the request and declined to deliver it, according to the report.

Porter, a former staff secretary in the White House, took frequent notes during his time there that were detailed throughout the report. He resigned last year after public allegations of domestic violence by his two ex-wives.

In letters to the committee on Monday, the White House said that Dearborn and Porter were “absolutely immune” from testifying. White House counsel Pat Cipollone wrote that the Justice Department had advised, and Trump had directed, them not to attend “because of the constitutional immunity that protects senior advisers to the president from compelled congressional testimony.”

He added: “The President would have us believe that he can willfully engage in criminal activity and prevent witnesses from testifying before Congress — even if they did not actually work for him or his administration.”

In an effort to try and pry documents and testimony from the Trump administration, the Judiciary panel has filed two lawsuits — one against former White House counsel Donald McGahn, who also defied a subpoena earlier this year on Trump’s orders. But the lawsuits could take months to resolve and Nadler has said he wants to make a decision by the end of the year on whether to recommend articles of impeachment against Trump.

Nadler, D-N.Y., made his own views clear in an interview Monday with a New York radio station, saying that in his personal opinion “impeachment is imperative” in order to “vindicate the Constitution.”

But he also acknowledged that it won’t be easy, echoing House Speaker Nancy Pelosi by saying they will have to have greater consensus than they do now in order to vote on impeachment. He said the hearings will decide whether American people get there or not.

One of the main reasons that the votes aren’t there yet is because moderates in the caucus — many of whom are freshmen who handed Democrats the majority in the 2018 election — are worried it will distract from other accomplishments. A group of those freshmen met with Nadler last week to express concerns.

“There’s far too much work left to be done and we are in danger of losing the trust of the American people if we choose partisan warfare over improving the lives of hardworking families,” wrote New York Rep. Max Rose, a Democratic freshman, in a Friday op-ed in the Staten Island Advance newspaper. 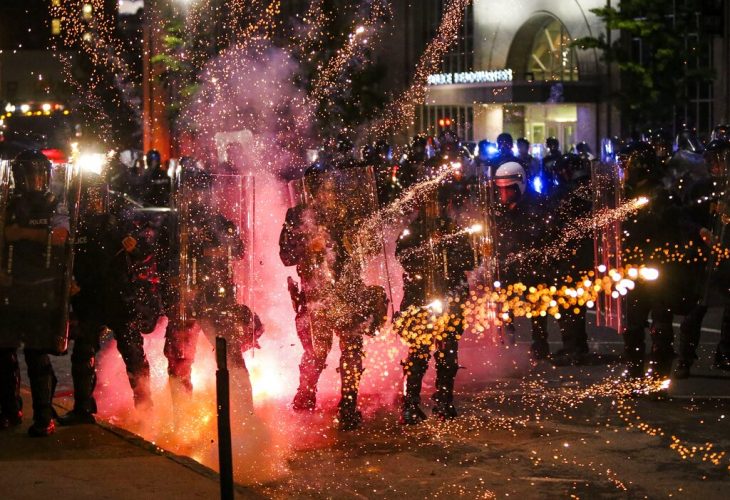 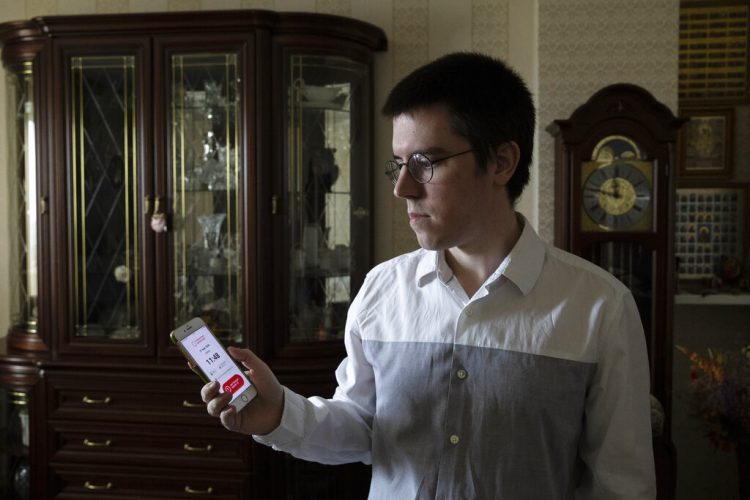 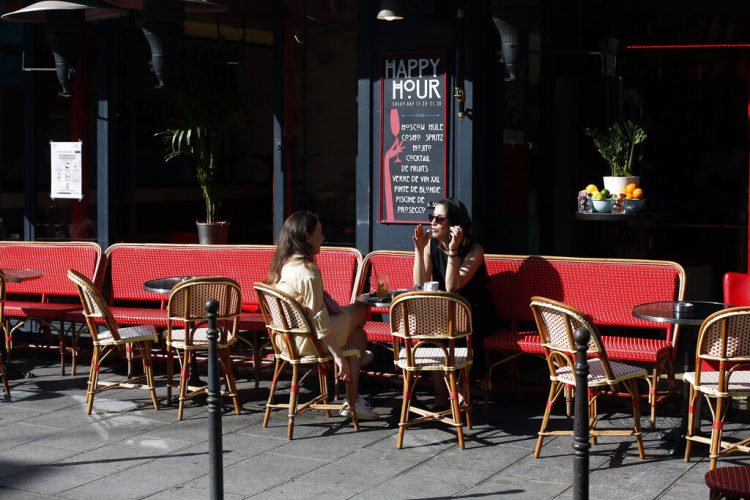 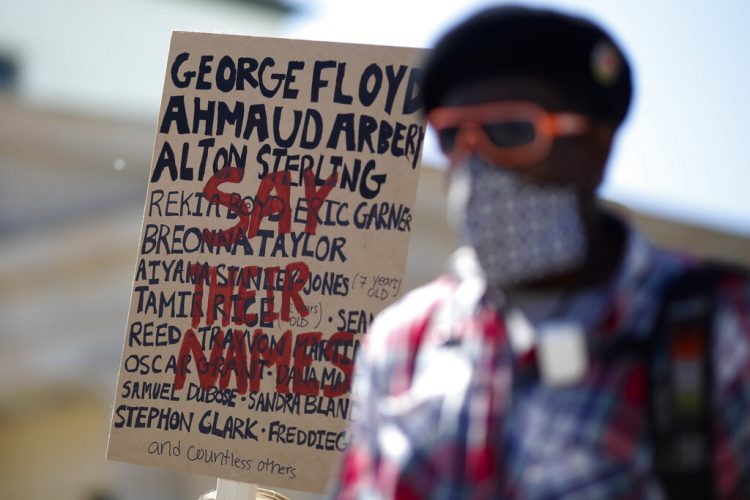