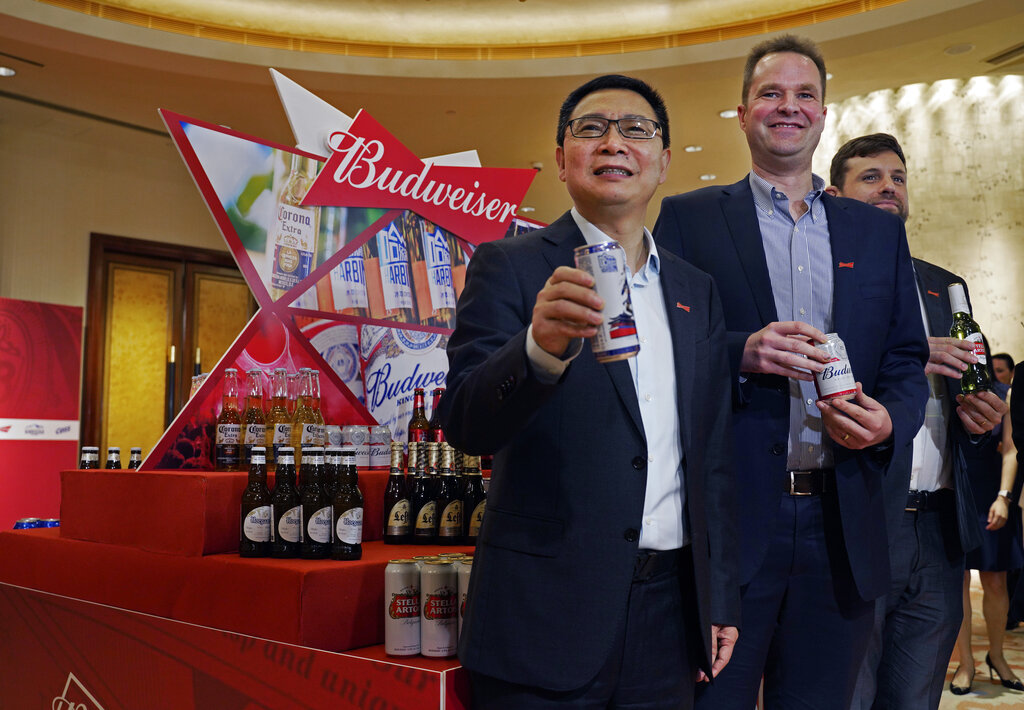 HONG KONG (AP) — AB InBev, the world’s largest brewer that produces Budweiser and Corona, today revived plans to list its Asian business in Hong Kong but halved the size of its initial public offering to $4.8 billion.

The move comes two months after it temporarily shelved plans to raise $9.8 billion in what would have been the world’s biggest IPO this year, citing market conditions due to prolonged, sometimes violent protests for democratic reforms in Hong Kong.

It still will be the biggest IPO in the semi-autonomous Chinese territory and will provide a shot-in-the-arm for the government as it seeks to assuage international jitters over the unrest that showed no signs of ending. Last month, China’s Alibaba Group postponed a listing worth up to $15 billion.

The company’s Asia-Pacific subsidiary, Budweiser Brewing Company APAC Limited, said it will offer nearly 1.3 million shares for sale, for between 27 and 30 Hong Kong dollars each ($3.45-$3.83), raising up to $4.8 billion. This was lower than the 40-47 Hong Kong dollar price range it proposed earlier.

It said the revised offering includes an “upsize” option that will allow the company to sell up to 38 percent more shares if demand is strong. That could take the total sale up to $6.6 billion.

The company said Singapore’s sovereign wealth fund GIC Private Limited will be its cornerstone investor, taking up $1 billion or 22 percent of the IPO.  The listing, planned for Sept. 30, follows the company’s recent sale of its Australian business to Japanese rival Asahi Group for ($11.3 billion) to pay down debts.

“We believe now is the right moment to do this IPO. We see keen interest in the market,” said Budweiser APAC’s Chief Executive Jan Craps.

He said the company views Hong Kong as the best place for the listing despite the unrest and that the revised valuations will make the IPO more attractive.

“You can say the conditions are more challenging but when we listen to potential investors, we believe there is solid excitement about this business and this IPO…there is very strong investor interest to make this transaction happen,” he added.

The proceeds will help AB InBev pare down debt of about $100 billion, accrued after an acquisition spree that included buying Anheuser-Busch in 2008 and its next closest rival, SABMiller, in 2015.

The SABMiller deal, which was worth some $107 billion at the time, gave the company broader reach in fast-growing markets in Asia and Africa at a time when consumers were shifting toward smaller brands like microbrews.

The company gained almost a third of the global beer market and brought established brands that had formerly been rivals, such as Budweiser and Miller, under the same roof.