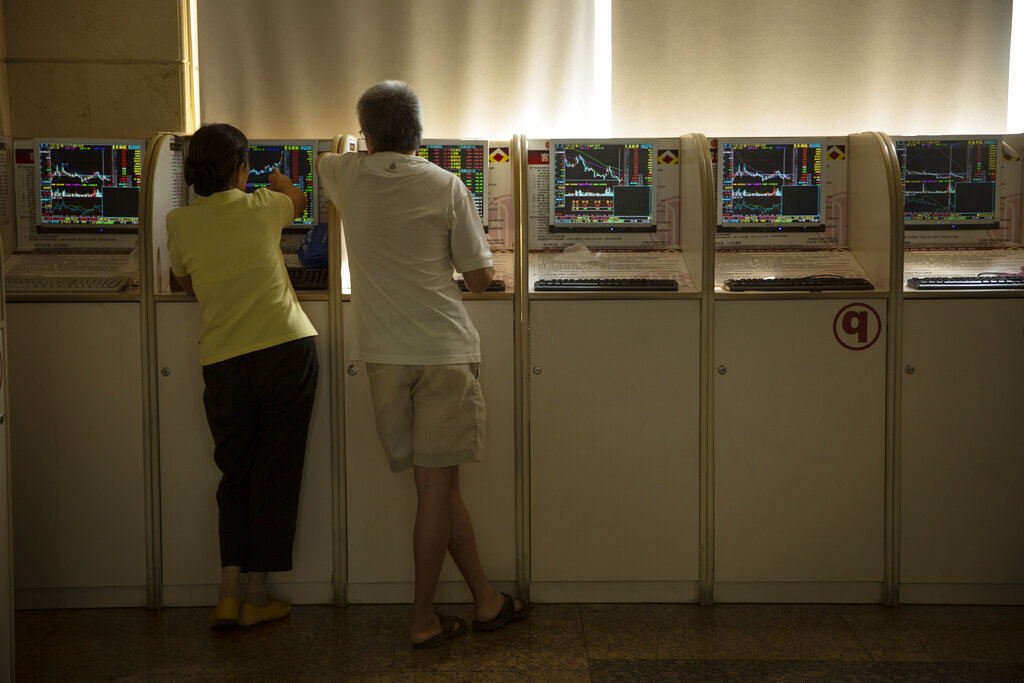 TOKYO (AP) — Global stocks turned higher today on the news that U.S. and Chinese officials will meet in October to try to end a tariff war and as British lawmakers sought a less chaotic exit from the European Union.

The U.S. and China agreement on a date for talks came in a phone call conducted by the chief Chinese envoy, Vice Premier Liu He, with U.S. Trade Representative Robert Lighthizer and Treasury Secretary Steven Mnuchin, the Chinese Commerce Ministry said.

Officials will “conduct conscientious consultations” in mid-September to prepare, the ministry said. It said the two sides want to create “favorable conditions” for trade discussions.

Investors were rattled by previous reports that officials were struggling to agree on a schedule for talks originally planned for this month, worried that the U.S.-China trade war and a slowing global economy could tip the U.S. into a recession.

In Europe, Britain’s Parliament took a big step toward passing a law that could stop Prime Minister Boris Johnson’s plan to pull out of the EU on Oct. 31 with or without a withdrawal agreement. Leaving the EU without a deal that covers trade and other issues could result in economic chaos for Britain and complicate trade with member nations in the EU.

France’s CAC 40 rose 0.9 percent in midday trading to 5,583, while Germany’s DAX also gained 0.7 percent to 12,114. Britain’s FTSE 100 slipped 0.6 percent to 7,268, mainly because the pound surged on renewed hopes that Britain could avoid a no-deal Brexit. The FTSE 100 typically moves in the opposition direction of the pound as it lists multinationals that make money in other currencies.

Asian markets were mixed after the potential easing of political tensions in Hong Kong, where the government said it was formally withdrawing the extradition bill that set off three months of protests, though protesters say they will keep up their push for their other demands to be met.

Looking ahead, developments in the trade war are likely to be one of the biggest drivers for markets globally.

On Sunday, the conflict escalated as the U.S. imposed a 15 percent tariff on about $112 billion of Chinese products. China responded by charging tariffs of 10 percent and 5 percent on a list of American goods.

The escalation had been expected since early August when the U.S. announced plans for the new tariff measures, prompting China to retaliate.

Though the two sides have agreed to talks in October, some analysts warned against too much optimism.

“With the omnipresent trade war clouds looming ominously over the market threatening to come thundering down at any time, the air remains thick with caution,” said Stephen Innes, Asian Pacific market strategist with AxiTrader.