CANBERRA, Australia (AP) — Australia’s prime minister said today his upcoming official trip to the U.S. will include visits to New York, Chicago and Wapakoneta, Ohio, in addition to a state dinner at the White House.

Prime Minister Scott Morrison said he looks forward to meeting President Donald Trump and members of his Cabinet “to discuss how we can further strengthen our alliance and already close partnership.”

“There is no deeper friendship than that which exists between Australia and the United States,” Morrison said in a statement.

“We see the world through the same eyes, with shared values and a deep commitment to promoting peace, liberty and prosperity,” he added.

Morrison’s state dinner on Friday is only the second of Trump’s presidency. French President Emmanuel Macron was the guest of honor of the first one last year.

The last Australian prime minister to receive such an honor was John Howard in 2006. Howard won favor with then President George W. Bush by committing combat troops to join the United States and Britain in the 2003 Iraq invasion. There have been four prime ministers since Howard, including Kevin Rudd who won and lost the job twice.

Parallels have been drawn between the elections of Morrison and Trump against the forecast of most opinion polls.

Morrison replaced his predecessor Malcolm Turnbull in a leadership ballot of lawmakers in his conservative Liberal Party in August last year. He appeared on track to have one of the shortest tenures in the 118-year history of Australian prime ministers before he led his conservative coalition to a narrow victory in May elections.

Trump said he predicted that Morrison would defy the polls with an election win and a third consecutive three-year term of conservative rule in Australia.

Morrison said of Trump in a recent radio interview: “I get on very well with him. But more importantly our countries get on and I think that’s the real connection. I mean, he’s a very different president to previous presidents.”

Morrison said he and Trump had a “straight up relationship” and Trump “respects Australia.”

“Is he a good president for Australia? Yes,” Morrison said.

Morrison said he will travel to the United States from Thursday until Sept. 27. He is to visit the United Nations, NASA headquarters, and Australian and tech entrepreneurs working in the Midwest during the visit. 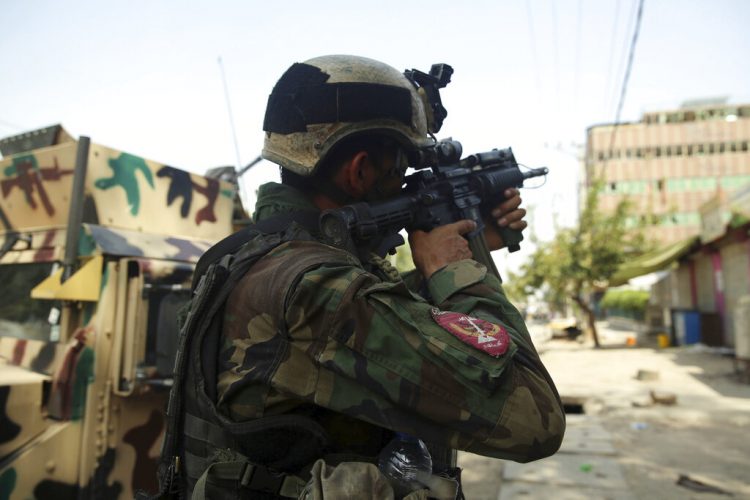