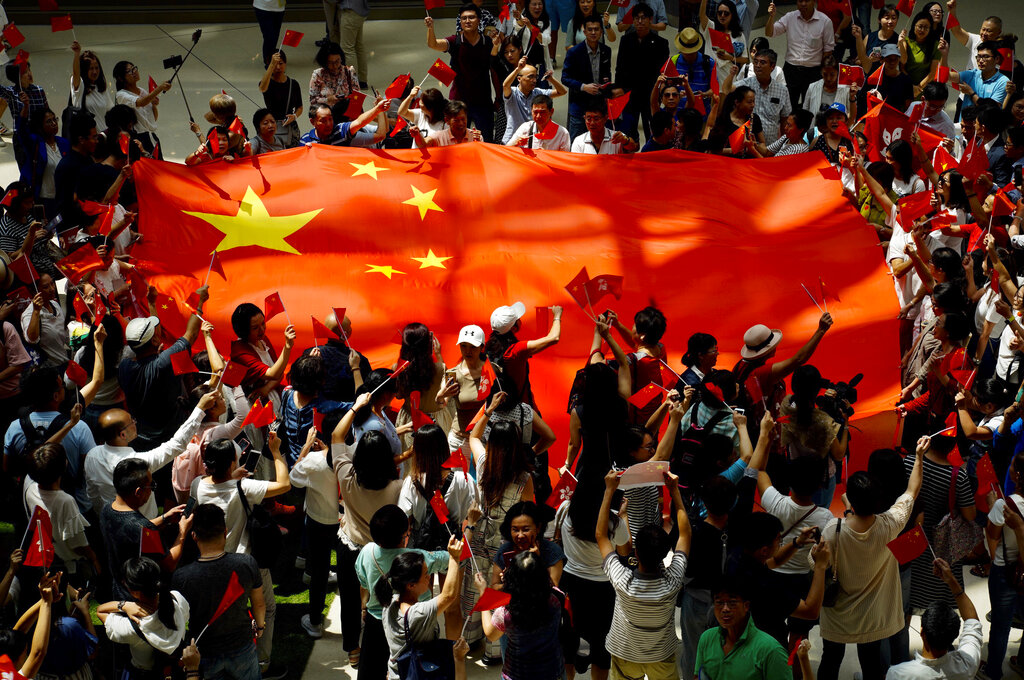 Pro-China protesters wave a Chinese national flag at a shopping mall today in Hong Kong. Protest-related activities are expected to continue today, when Chinese celebrate the Mid-Autumn Festival with lanterns and mooncakes. Police banned a planned major march in central Hong Kong on Sunday, but many protesters have said they will turn up anyway. (AP Photo/Vincent Yu)

HONG KONG (AP) — A tennis tournament and a London musical are the latest events postponed in Hong Kong out of concerns over safety and disruptions from pro-democracy protests.

K-pop concerts, Chanel fashion shows and international conferences have been canceled, postponed or moved out of the semi-autonomous Chinese territory during more than three months of demonstrations. More rallies are expected this weekend.

Today, organizers said the Hong Kong Open women’s tennis tournament scheduled for Oct. 5-13 was being postponed indefinitely. The event was to be held at Victoria Park, a gathering point for many previous protests.

Earlier this week, protesters in the stands at a World Cup soccer qualifier match between Hong Kong and Iran booed the Chinese national anthem and chanted pro-democracy slogans. Iran’s request for a venue change had been rejected.

Lunchbox Theatrical Productions called off a monthlong run of the London West End musical “Matilda” at the Hong Kong Academy for Performing Acts that was to open Sept. 20.

“Sadly the 14 weeks of civil unrest in Hong Kong have decimated ticket sales, and more importantly we cannot guarantee the safety and wellbeing of our international company, which comprises a large number of young children,” CEO James Cundall said in a statement. He said he hopes the show can be staged next year.

The protests began in June over an extradition bill that would have allowed some Hong Kong suspects to be sent to mainland China for trial. Many saw the bill as an example of Hong Kong’s autonomy eroding since the former British colony returned to Chinese rule in 1997.

The government promised last week to withdraw the bill, but the protesters’ demands have widened to include direct elections for the city’s leaders and police accountability.

More than 1,300 people have been arrested in the protests, which have further battered Hong Kong’s economy, which was already reeling from the U.S.-China trade war. Tourist numbers have plunged, and businesses have been hit by the protests that show no signs of abating.

The city’s richest man, Li Ka Shing, said today he regretted that his comments over the weekend calling for a way out for the mostly young protesters had been misrepresented after he was berated by Beijing.

In a video broadcast on local TV, the billionaire described the summer of unrest as the worst catastrophe since World War II and urged the government to temper justice with mercy. Chang’an Jian, a social media account belonging to the Central Political and Legal Affairs Commission, said in a post late Thursday that Li’s remarks shielded those who committed crimes, and that he is not thinking about what is good for Hong Kong.

A spokesman for Li said in a statement that Li does not condone violence and illegal acts, and hopes all parties will create space and initiate a dialogue to resolve the deadlock.

Meanwhile, Hong Kong’s government dismissed a warning from Canadian think tank Fraser Institute that Chinese interference and the police crackdown on protesters were threatening the city’s position as one of the world’s freest economies.

“Such comments are entirely ungrounded and not borne out by objective facts,” it said in a statement Thursday. It defended police actions, saying they used reasonable force to halt increasing violence by protesters.

She accused China of pressuring celebrities in Hong Kong, Taiwan and China to take sides. Last month, Australia’s National Gallery of Victoria denied a request by a Chinese artist to host an event that would feature a talk about democracy and Hong Kong, while Hong Kong activists were banned from a gay parade in Montreal after threats of sabotage by pro-China supporters, she said.

“We want a total political reform of the Hong Kong government,” she told the Oslo Freedom Forum. “When government institutions and corporates have their hands tied, it is up to the people to get back that authority … we can find solutions as a global community.”

China has denied meddling in Hong Kong affairs, and accused foreign powers of fomenting the unrest.

BANNING, Calif. (AP) — Thousands of people were under evacuation orders today after a wildfire in mountains east ...

NEWTON FALLS -- Village residents and police were asked to help locate a water main break this afternoon in the ... 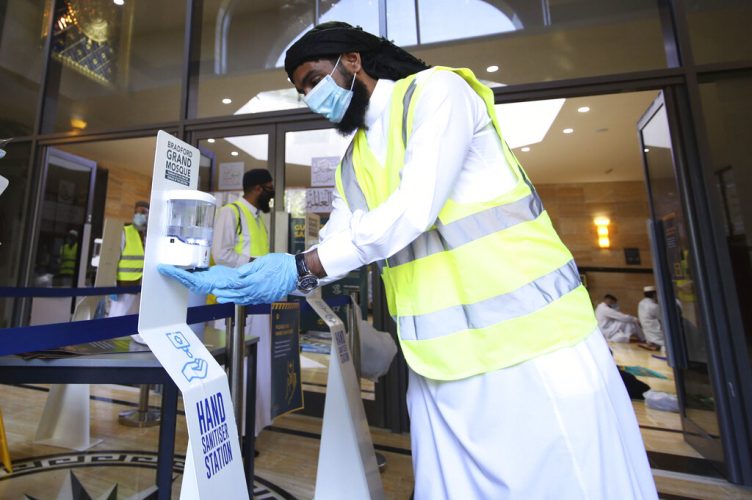