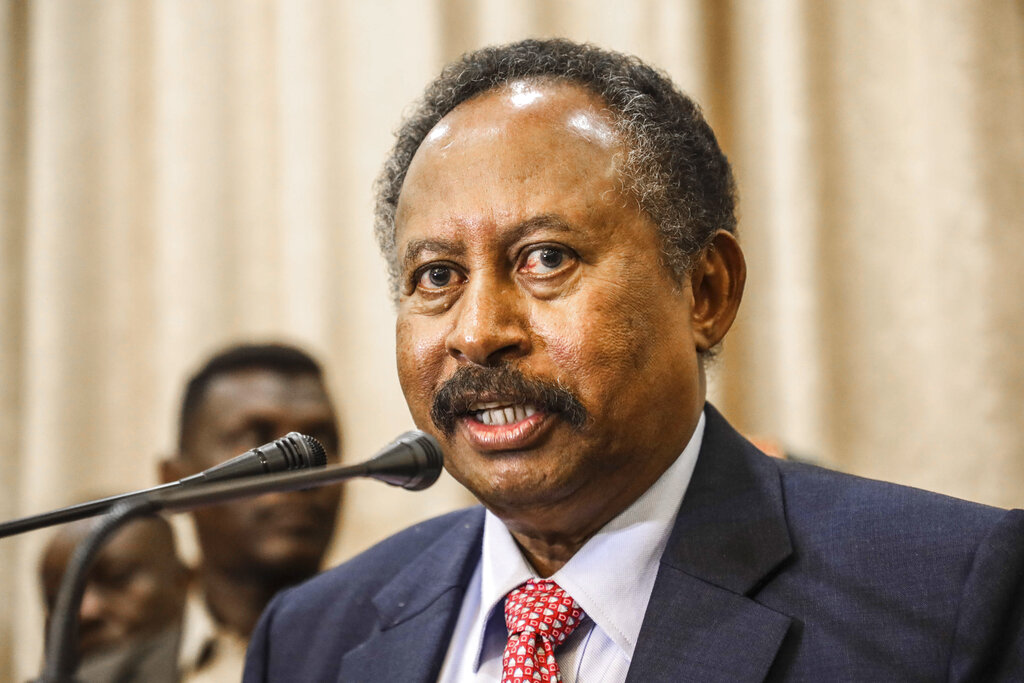 Abdalla Hamdok, a respected former official with the U.N. Economic Commission for Africa, told The Associated Press that he has already talked to U.S. officials about removing Sudan from Washington’s list of countries sponsoring terrorism, and portrayed their reaction as positive.

He also hopes to drastically cut Sudan’s military spending, which he said takes up as much as 80% of the state budget.

Sudan stagnated for three decades under former President Omar al-Bashir, convulsed by a bloody civil war and rebellions in its far-flung provinces. Al-Bashir’s autocratic rule ended in April when the military ousted him after mass street protests by a pro-democracy movement, which began late last year.

As Sudan begins a new chapter, getting off America’s state sponsor of terror list is the “key to anything that we can do in this country,” Hamdok said, adding that a “democratic Sudan is not a threat to anybody in the world.”

Still, tensions between the military and civilians are expected to feature prominently in Hamdok’s unruly transitional government, which is expected to last three years before general elections.

In such an environment, Hamdok faces an uphill battle to carry out ambitious economic reforms, said Jehanne Henry, a Sudan researcher at Human Rights Watch. Henry said Hamdok “has to work with the generals, who could veto things.”

Although Hamdok heads the transitional Cabinet, the military leaders that ousted al-Bashir still wants a large role in the transition period. Sudan’s top general, Abdel-Fattah Burhan, was sworn in Wednesday as the leader of a joint military-civilian Sovereign Council. Five of its 11 members are from the military.

The United States named Sudan a state sponsor of terror in 1993, and the designation stuck through the al-Bashir regime. As one of the last acts of the Obama administration, the United States began a formal process to de-list Sudan in January 2017, but this was put on hold when mass protests began in December. Moves to de-list Sudan could resume once the country’s political situation has stabilized.

The U.S. State Department was not immediately available for comment today.

“We appreciate and understand that there is a process, both I think in government and Congress,” Hamdok said, adding he hopes it happens soon because “it has very serious implications on our situation.”