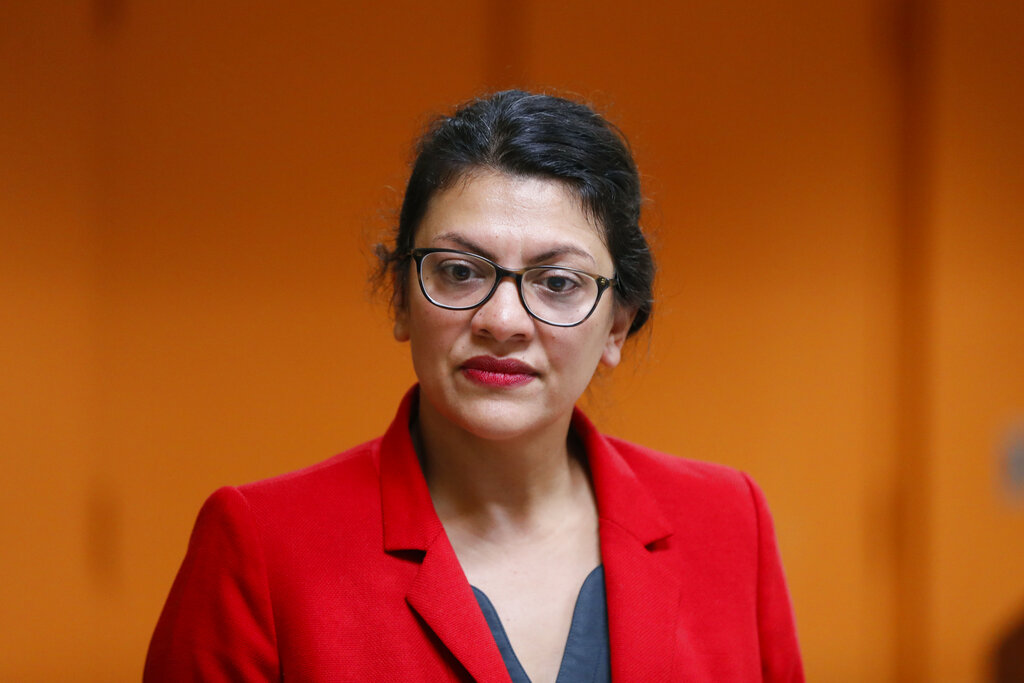 JERUSALEM (AP) — Democratic Rep. Rashida Tlaib said today she would not visit her grandmother in the occupied West Bank, despite being granted an Israeli permit on humanitarian grounds, saying Israel’s “oppressive” conditions aimed to humiliate her.

Israel barred Tlaib and another Democrat, Rep. Ilhan Omar, from visiting Jerusalem and the West Bank over their support for the international boycott movement following an unprecedented appeal from President Donald Trump to deny them entry.

Israel had said Tlaib could visit relatives in the West Bank on humanitarian grounds. But then the Interior Ministry released a letter purportedly signed by Tlaib in which she promised not to advocate boycotts during her visit. That appears to have led to her decision to cancel the visit.

“Visiting my grandmother under these oppressive conditions meant to humiliate me would break my grandmother’s heart,” she said in a statement. “Silencing me with treatment to make me feel less-than is not what she wants for me — it would kill a piece of me that always stands up against racism and injustice.”

Tlaib and Omar had planned to visit Jerusalem and the Israeli-occupied West Bank next week on a tour organized by a Palestinian group. The two are outspoken critics of Israel’s treatment of the Palestinians and support the Palestinian-led international movement boycotting Israel.

The two newly elected Muslim members of Congress have sparred with Trump, who tweeted before the decision that it would be a “show of weakness” to allow them in. Israel controls entry and exit to the West Bank, which it seized in the 1967 Mideast war along with east Jerusalem and the Gaza Strip — territories the Palestinians want for a future state.

Israeli Interior Minister Aryeh Deri announced early today that Tlaib had requested and been granted permission to enter the West Bank to see relatives. The U.S.-born Tlaib’s family immigrated from the West Bank.

Deri’s office released what it said was Tlaib’s request, written on congressional stationery and dated Thursday, in which she said she wanted to visit her grandmother, who is in her 90s.

“This could be my last opportunity to see her. I will respect any restrictions and will not promote boycotts against Israel during my visit,” she said. Tlaib’s office could not immediately be reached for comment on the letter’s authenticity.

Shortly after the announcement, Tlaib tweeted that she wouldn’t allow Israel to use her love for her grandmother to force her to “bow down to their oppressive & racist policies.”

“When I won (in 2018), it gave the Palestinian people hope that someone will finally speak the truth about the inhumane conditions. I can’t allow the State of Israel to take away that light by humiliating me,” she wrote.

Bassam Tlaib, an uncle who lives in the West Bank, expressed support for her decision.

“If Rashida’s visit to her homeland is under conditions, we reject that,” he said. “It’s Rashida’s right as a Palestinian to come and visit her family and country.”

Some Palestinians had expressed disappointment with the letter. Ali Abunimah, a prominent Palestinian activist, tweeted that Tlaib should have used her platform to highlight Israel’s restrictions “instead of writing that humiliating letter asking the occupier to treat her as an exception in exchange for abiding by its àrestrictions.'”

Deri, the interior minister, said after the cancellation that her initial request was apparently a “provocative request, aimed at bashing the State of Israel.”

“Apparently her hate for Israel overcomes her love for her grandmother,” he tweeted.

Trump’s request to a foreign country to bar the entry of elected U.S. officials — and Israel’s decision to do so — were unprecedented and drew widespread criticism, including from many Israelis as well as staunch supporters of Israel in Congress. Critics said it risked turning Israel into a partisan issue and threatened to undermine ties between the close allies.

Tlaib and Omar are known as supporters of “boycott, divestment and sanctions,” or BDS, a Palestinian-led global movement. Supporters say the movement is a nonviolent way of protesting Israel’s military rule over the occupied territories, but Israel says it aims to delegitimize the state and eventually wipe it off the map.