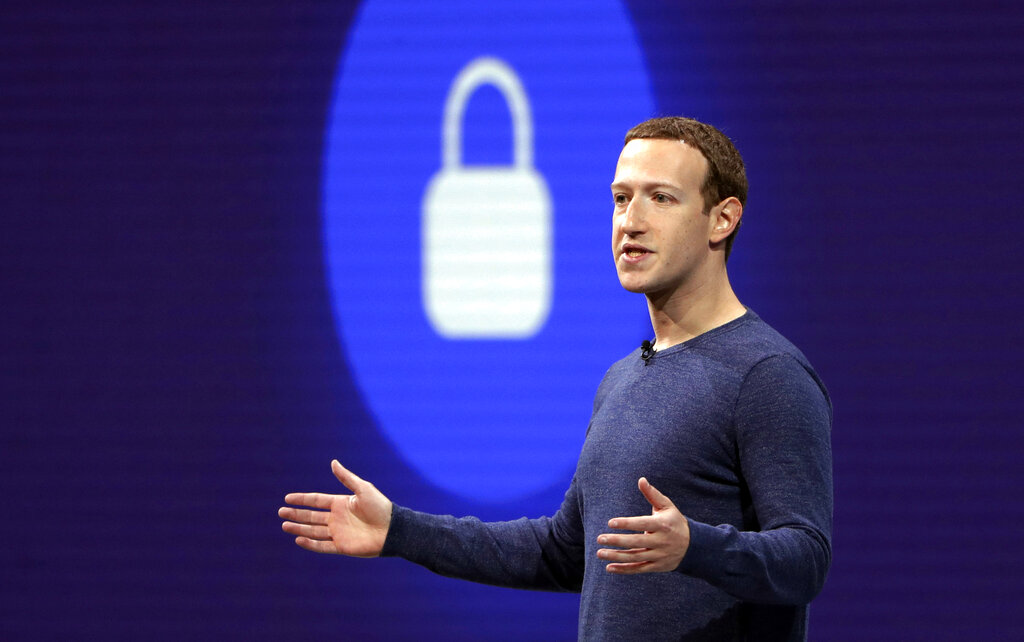 Facebook CEO Mark Zuckerberg is pictured in this file photo. Federal regulators are fining Facebook $5 billion for privacy violations and instituting new oversight and restrictions on its business. But they are only holding Zuckerberg personally responsible in a limited fashion. (AP Photo/Marcio Jose Sanchez, File)

WASHINGTON (AP) — Federal regulators have fined Facebook $5 billion for privacy violations and are instituting new oversight and restrictions on its business. But they are only holding CEO Mark Zuckerberg personally responsible in a limited fashion.

The fine is the largest the Federal Trade Commission has levied on a tech company, though it won’t make much of a dent for a company that had nearly $56 billion in revenue last year.

As part of the agency’s settlement with Facebook, Zuckerberg will have to personally certify his company’s compliance with its privacy programs. The FTC said that false certifications could expose him to civil or criminal penalties.

Some experts had thought the FTC might fine Zuckerberg directly or seriously limit his authority over the company.

“The magnitude of the $5 billion penalty and sweeping conduct relief are unprecedented in the history of the FTC,” Joe Simons, the chairman of the FTC, said in a statement. He added that the new restrictions are designed “to change Facebook’s entire privacy culture to decrease the likelihood of continued violations.”

Facebook does not admit any wrongdoing as part of the settlement.

The commission opened an investigation into Facebook last year after revelations that data mining firm Cambridge Analytica had gathered details on as many as 87 million Facebook users without their permission. The agency said this morning that following its yearlong investigation of the company, the Department of Justice will file a complaint alleging that Facebook “repeatedly used deceptive disclosures and settings to undermine users’ privacy preferences.”

The FTC had been examining whether that massive breakdown violated a settlement that Facebook reached in 2012 after government regulators concluded the company repeatedly broke its privacy promises to users. That settlement had required that Facebook get user consent to share personal data in ways that override their privacy settings.

The FTC said Facebook’s deceptive disclosures about privacy settings allowed it to share users’ personal information with third-party apps that their friends downloaded but the users themselves did not give permissions to.

Privacy advocates have pushed for the FTC to limit how Facebook can track users — something that would likely cut into its advertising revenue, which relies on businesses being able to show users targeted ads based on their interests and behavior. The FTC did not specify such restrictions on Facebook.