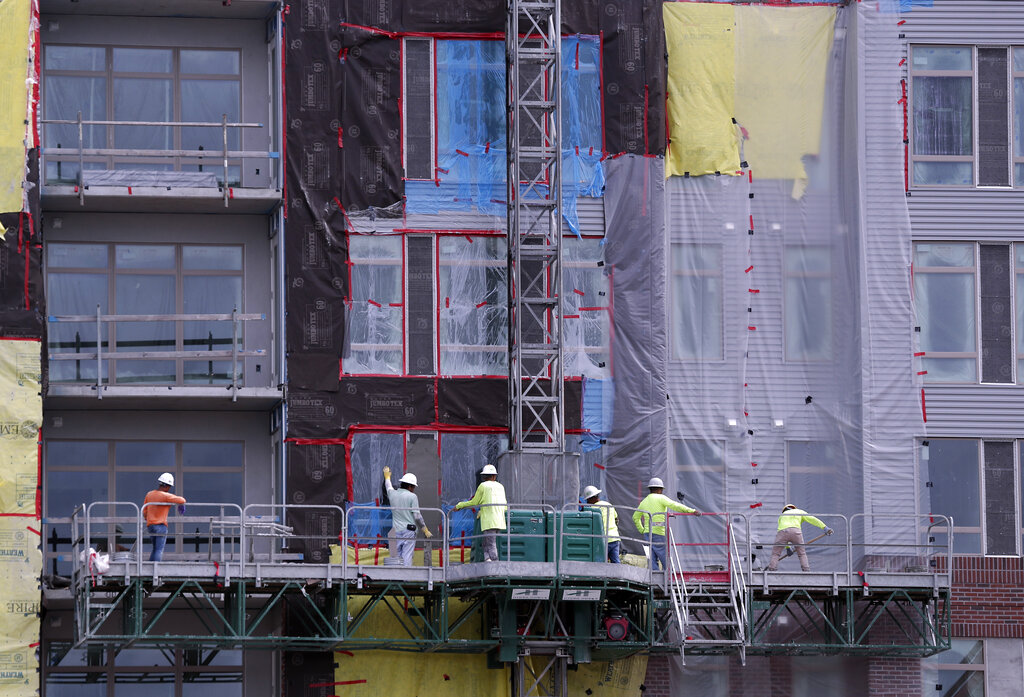 WASHINGTON (AP) — U.S. home construction slipped last month as an uptick in the building of single-family homes was offset by a big drop in apartment construction.

The Commerce Department said this morning that construction was started at a seasonally adjusted annual rate of 1.25 million in June, down 0.9 percent from 1.27 million in May. Construction of single-family homes rose 3.5 percent, but apartment building skidded 9.4 percent.

Applications for building permits, an indication of future construction, fell 6.1 percent last month to 1.22 million, the lowest since May 2017.

Falling mortgage rates are expected to spur home construction, overriding other concerns such as shortages of building lots and construction workers. The average rate on a 30-year, fixed-rate home loan last week stood at 3.75 percent, down from 4.53 percent a year ago.

Separately, the National Association of Realtors this morning reported a big drop in foreign investment in U.S. homes. The association found that foreign buyers bought $77.9 billion worth of existing U.S. homes from April 2018 through March this year. That marked a 36 percent drop from the same period a year earlier.

“A confluence of many factors — slower economic growth abroad, tighter capital controls in China, a stronger U.S. dollar and a low inventory of homes for sale — contributed to the pullback of foreign buyers,” said Lawrence Yun, the association’s chief economist. “However, the magnitude of the decline is quite striking, implying less confidence in owning a property in the U.S.”