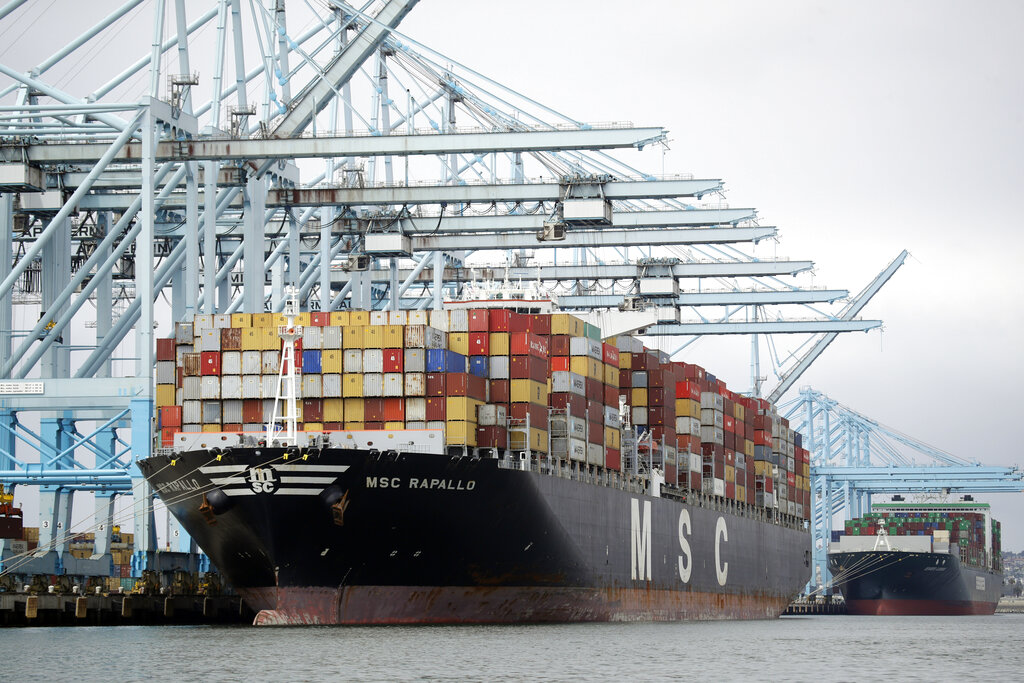 A cargo ship is shown docked at the Port of Los Angeles in Los Angeles. The International Monetary Fund is downgrading its outlook for the world economy because of simmering international trade tensions. But at the same time, the fund is slightly boosting its forecast for U.S. economy in 2019. (AP Photo/Marcio Jose Sanchez, File)

WASHINGTON (AP) — The International Monetary Fund is downgrading its outlook for the world economy because of simmering international trade tensions.

But at the same time, the fund is boosting its forecast for U.S. economy this year, citing expectations that the Federal Reserve will cut interest rates.

The IMF said this morning that it expects the global economy to expand by a “sluggish” 3.2 percent in 2019, down from 3.6 percent in 2018 and from the 3.3 percent growth it forecast for this year back in April. The 189-country lending organization blamed the lackluster growth on heightened trade tensions and specifically a tariff war between the world’s two biggest economies, the United States and China.

The Fed improved prospects for U.S. growth by abandoning plans to keep raising interest rates. It is easing its policies partly to offset the economic fallout from President Donald Trump’s trade wars. The Fed is widely expected to cut rates at its meeting next week.

The IMF expects the 19-country eurozone to record modest 1.3 percent growth this year. It forecasts 6.2 percent growth for the Chinese economy, slowest since 1990 when China faced sanctions following the brutal crackdown on pro-democracy demonstrations in Beijing’s Tiananmen Square. And the lender predicts that the Japanese economy will eke out a 0.9 percent gain.

U.S.-China trade friction and the prospect of Britain’s messy divorce from the European Union are disrupting global trade. The IMF expects trade to expand 2.5 percent this year, slowest pace since 2016 and a sharp downgrade from the 3.4 percent growth it forecast in April.