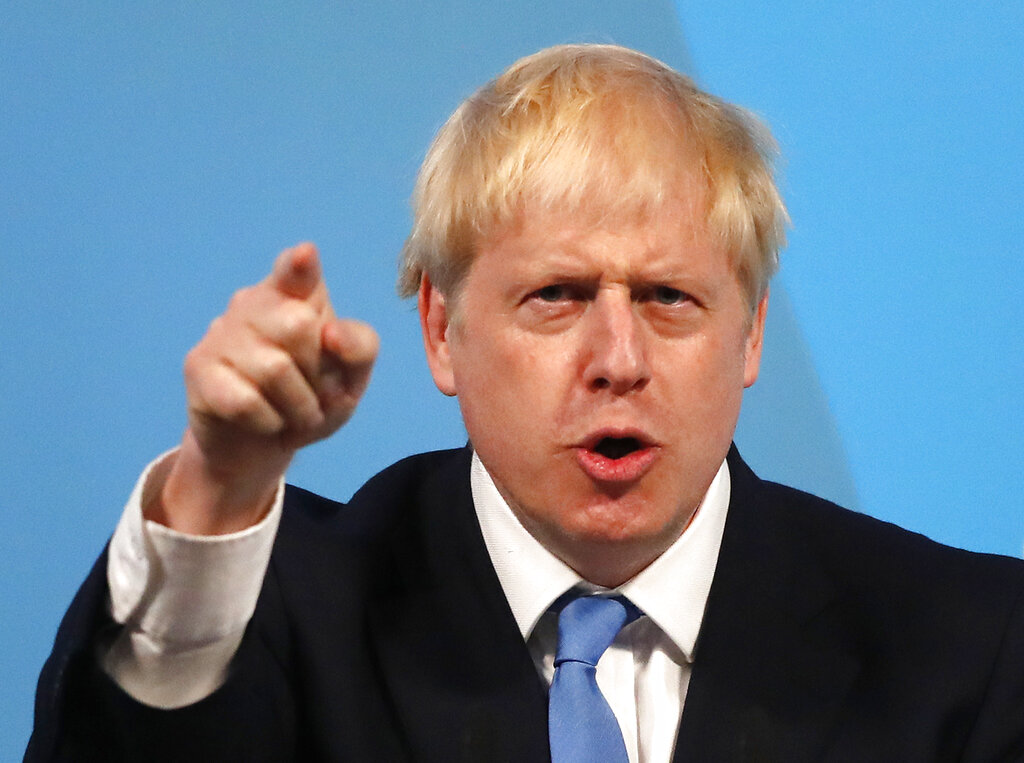 LONDON (AP) — Brexit hardliner Boris Johnson won the contest to lead Britain’s governing Conservative Party today and will become the country’s next prime minister, tasked with fulfilling his promise to lead the U.K. out of the European Union.

Johnson resoundingly defeated rival Jeremy Hunt, winning two thirds of the votes in a ballot of about 160,000 Conservative members. He will be installed as prime minister in a formal handover from Theresa May on Wednesday.

In a brief speech today meant to rally the party faithful, Johnson radiated optimism, and pledged to deliver Brexit, unite the country and defeat the Labour opposition.

U.S. President Donald Trump tweeted his congratulations and said Johnson will be “great.”

Trump has been very critical of May’s inability to achieve a Brexit deal and has said Johnson will do a better job.

Johnson, a former London mayor, has wooed Conservatives by promising to succeed where May failed and lead the U.K. out of the European Union on the scheduled date of Oct. 31 — with or without a divorce deal.

Several Conservative ministers have already announced they will resign to fight any push for a “no-deal” Brexit, an outcome economists warn would disrupt trade and plunge the U.K. into recession. Fears that Britain is inching closer to a “no-deal” Brexit weighed on the pound once again today. The currency was down another 0.3 percent at $1.2441 and near two-year lows.

May stepped down after Britain’s Parliament repeatedly rejected the withdrawal agreement she struck with the 28-nation bloc. Johnson insists he can get the EU to renegotiate — something the bloc insists it will not do.

If not, he says Britain must leave the EU on Halloween, “come what may.”

Johnson will preside over a House of Commons in which most members oppose leaving the EU without a deal, and where the Conservative Party lacks an overall majority.