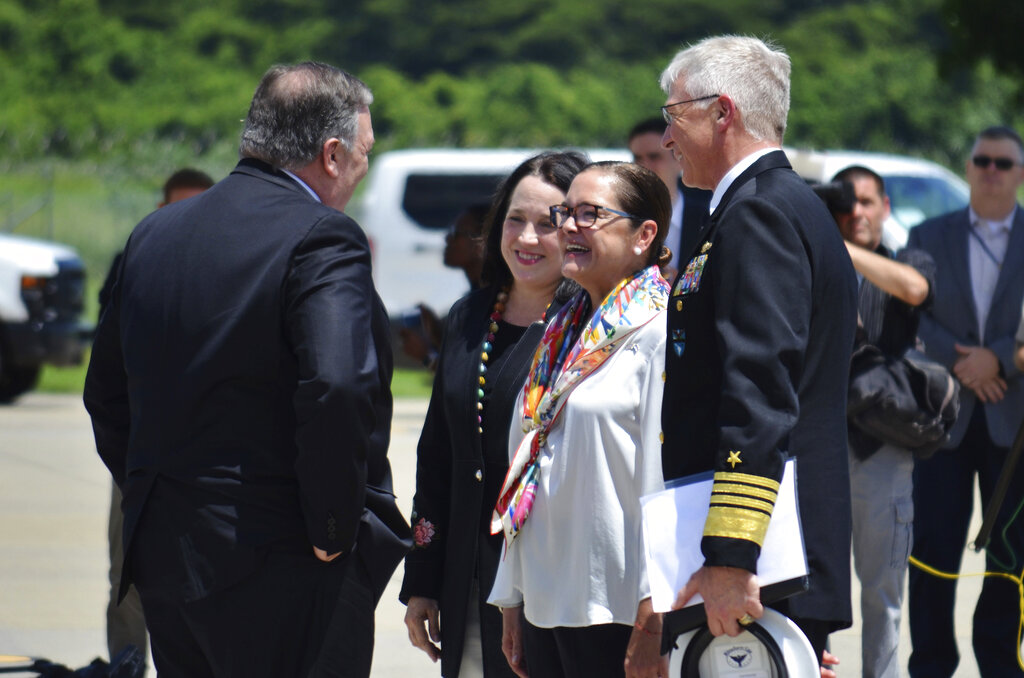 Ebrard said in a statement that due to these advances, Mexico sees no need to negotiate a “safe third country” agreement with Washington that would require migrants to apply for asylum in Mexico rather than in the U.S.

Pompeo said via Twitter following the meeting that the top diplomats reaffirmed their countries’ shared democratic values and cultural ties.

“Mexico is one of our most important partners to increase prosperity and security for our countries and the region,” he wrote.

Ortagus said they also discussed the new North American free trade agreement. The Mexican Senate approved the deal in June, but Democratic legislators in the U.S. have threatened to block it.

The meeting between Pompeo and Ebrard came at the halfway point of a 90-day span during which Mexico has agreed to reduce migration across its territory toward the U.S. border as part of a deal that headed off stiff tariffs on Mexican goods threatened by U.S. President Donald Trump.

Since then, Mexico has stepped up immigration enforcement, while the United States has expanded to two more border points a program that sends asylum seekers back into Mexico to await the outcome of their claims.

Mexican officials say they have increased migration enforcement along the southern and northern borders, while deporting hundreds of Central Americans each week by plane.