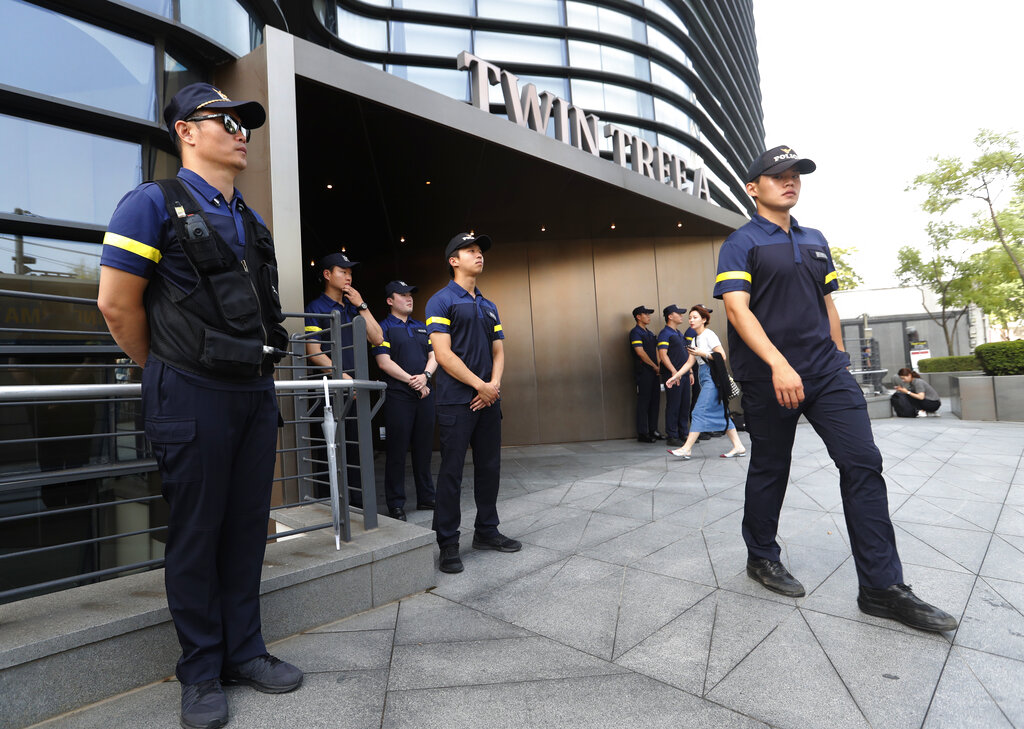 Their talks were held in an icy atmosphere, briefly turning confrontational.

“It is extremely problematic that South Korea is one-sidedly leaving alone the situation that violates the international law, which is the foundation of our bilateral relationship,” Kono told Nam. “The action being taken by the South Korean government is something that completely overturns the order of the international community since the end of the World War II.”

Kono urged Seoul to immediately take action to stop the court process, under which the plaintiffs of the lawsuit are preparing to seize assets of the Japanese companies, including Mitsubishi Heavy Industry.

Nam defended his government and mentioned Seoul’s proposal of creating a joint fund as a way to settle the dispute. Kono raised his voice, saying Tokyo had already rejected the idea. He also criticized the ambassador for being “rude” to suggest it again.

Japan says all compensation issues had been settled under the 1965 bilateral agreement and that the South Korean government’s lack of intervention to stop the court process is a breach of the international treaty.

Tokyo is considering taking the issue to the International Court of Justice, although some officials say South Korea is expected to refuse going to court. Tokyo may seek damages from South Korea in case assets of Japanese companies are seized, Japanese media have reported.

Responding to Kono’s remark, South Korea’s Foreign Ministry issued a statement saying Japan still hasn’t done enough to make amends for the sufferings South Koreans had gone through during the colonial past and that it should discuss ways to find solutions acceptable to both sides.

“To genuinely resolve the problem, Japan must look straightly into the unfortunate past and make efforts to heal the pain and scars of the victims,” the ministry said. “We hope that the Japanese government would withdraw its unilateral pressure including the export restrictions of retaliatory character and return to the stage of diplomatic resolutions.”

Seoul has protested Japan’s tightened controls on sensitive high-tech exports to South Korea that could affect South Korean manufacturers as well as global supplies of smartphones and displays.

The trade dispute adds to their already strained relations.

In Seoul, a 78-year-old South Korean man died hours after setting himself ablaze near the Japanese Embassy today, police said.

Police said the man had phoned an acquaintance earlier to say he planned to self-immolate to express his antipathy toward Japan. Kim’s family told investigators that his father-in-law had been conscripted as a forced laborer during the Japanese occupation.

Seoul has accused Tokyo of weaponizing trade to retaliate against the South Korean court rulings on compensating forced labor and plans to file a complaint with the World Trade Organization.

Tokyo said the export control issue has nothing to do with historical disputes but that the materials in question can be sent only to trustworthy trading partners. Without presenting specific examples, it has questioned Seoul’s credibility in controlling the exports of arms and items that can be used for civilian and military purposes.