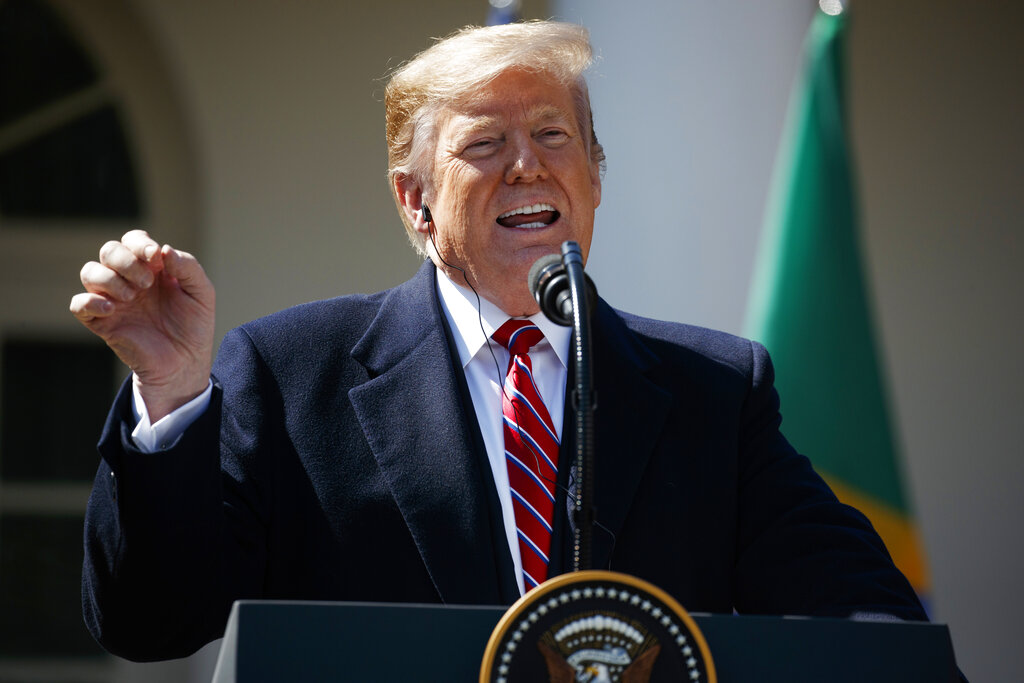 WASHINGTON (AP) — President Donald Trump is returning to Ohio today, the state that foretold his 2016 victory and serves as the linchpin of his re-election effort.

The visit marks Trump’s first trip to the state since last year’s midterm election campaign, when the state was a rare bright spot for Republicans in the upper Midwest. But with Trump’s path to another four years in the White House relying on a victory in the state, his nascent campaign is mindful of warning signs that Ohio can hardly be taken for granted in 2020.

Perhaps no state has better illustrated the re-aligning effects of Trump’s candidacy and presidency than Ohio, where traditionally Democratic-leaning working-class voters have swung heavily toward the GOP, and moderate Republicans in populous suburban counties have shifted away from Trump. It’s for that reason, administration officials said, that Trump keeps returning to Ohio — this week’s visit marks his 10th to the state since taking office.

The visit is part of a 2020 Trump strategy to appear in battleground states in his official White House capacity as much as possible this year, said a person with knowledge of the plans who was not authorized to speak publicly. Trump is expected to make similar trips throughout the year as he seeks to boost enthusiasm to counter an energized Democratic base. It’s a strategy employed by previous presidents, both to leverage the prestige of office for political purposes and to offset the steep costs of presidential campaign travel with corresponding taxpayer-funded events.

Trump is set to visit the Lima Army Tank Plant, which had been at risk for closure but is now benefiting from his administration’s investments in defense spending. He’ll also hold a fundraiser for his re-election campaign in Canton. Administration officials said the resurgence of the tank plant, which has benefited that region of the state, offers a compelling story for Trump to relate.

For coverage of Trump’s visit, read Thursday’s Tribune Chronicle or log on to www.tribtoday.com.