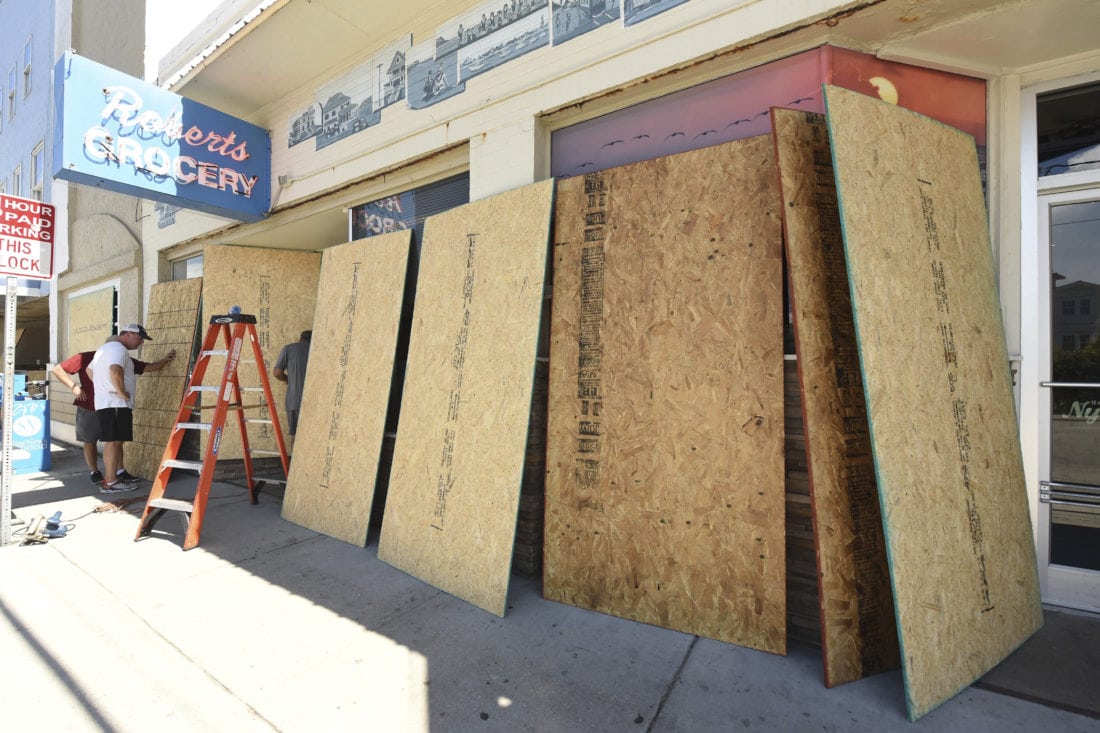 Roberts Grocery Store in Wrightsville Beach, N.C. boards up its windows as they prepare for Hurricane Florence.

National Hurricane Center Director Ken Graham this morning is warning that the “staggering” size of Florence means its impacts will be felt far and wide.

Forecasters say hurricane-force winds extend up to 40 miles from the center of Hurricane Florence, and tropical storm-force winds reach up to 150 miles from its eye. The massive hurricane closing in on the Carolinas and Virginia and could cause disastrous weather as far as Pennsylvania and Ohio.

That means the hurricane will be dumping rain over multiple East Coast states, and it’s not just a coastal problem. With torrential rains in the Appalachian mountains, that water could easily cause flash floods.

South Carolina’s governor has ordered more than a million people living along the state’s coast to evacuate ahead of Hurricane Florence.

McMaster said on CNN this morning that officials are “taking nothing for granted” with Florence predicted to make landfall Thursday. The storm is so huge that South Carolina won’t be spared even if it escapes the eye of the hurricane.

The evacuation order becomes mandatory at noon today, but cameras show traffic already backing up along the main interstate connecting Charleston and Columbia.

His campaign says it’s canceling a Thursday event in Cape Girardeau, Missouri, where he had been scheduled to stump for the Republican senate candidate, state attorney general Josh Hawley.

The campaign said the event was scuttled out of safety concerns. It was the second rally Trump canceled this week due to the storm, following a Friday rally slated for Mississippi.