Jobless claims continue to fall in state and Valley

In a sign that Ohioans laid off during the viral outbreak are heading back to work, last week marked the seventh in a row in the state that continuing claims for unemployment benefits fell.

The government reported Thursday those who remain jobless filed 287,499 fewer continued claims last week than compared to the peak in April, when Ohio’s stay-at-home order depressed the economy and caused businesses to shed workers or close.

Initial claims have fallen in 10 of the past 11 weeks from a high 274,215 for the week ending March 28, according to numbers from the Ohio Department of Job and Family Services. Following nine straight weeks of decline to 34,575 initial claims filed the week ending May 30, Ohio experienced a slight increase the following week to 35,430.

In the Mahoning Valley, Trumbull and Mahoning counties posted peak initial claims numbers for the week ending March 28 — 4,969 for Trumbull County and 6,018 for Mahoning County — and saw three weeks of decline u­ntil late April, when claims jumped for one week.

The week ending May 2 started a five-week stretch of falling numbers until two weeks ago when both counties saw increases. Last week the numbers fell again — 580 new claims in Trumbull County and 754 new claims in Mahoning County, pushing the running totals to 24,354 and 29,022.

Earlier this week, the state’s unemployment compensation fund ran out of money, forcing Ohio to borrow $3.1 billion from the federal government. It will allow those on unemployment to continue to receive those benefits.

“It is essentially a line of credit so we asked for greater authority than we currently think we will need so that we have it just in case we need it,” Gov. Mike DeWine said Tuesday.

Nationally, about 1.5 million more laid-off Americans applied for benefits last week, the 11th straight weekly decline in applications since they peaked at nearly 7 million in March. The decline was much smaller, though, than in recent weeks, falling just 58,000.

The number of people receiving unemployment aid also fell slightly, reflecting the return of many to their old jobs.

Still, analysts had expected a sharper decline in weekly applications, and some expressed disappointment that so many people are still seeking unemployment benefits even as restaurants, gyms and many categories of retail shops are reopening across the country.

While the rest of the world was preoccupied with other things this spring and summer, Iranian leaders — despite a ...

NEW YORK — Americans are likely to see more “for rent” signs in the coming months as many businesses ... 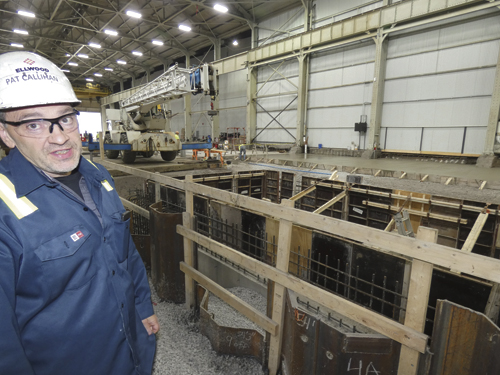