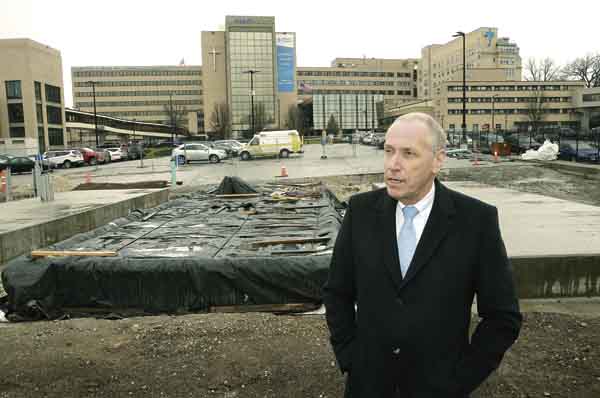 YOUNGSTOWN — Mercy Health is investing $10 million at St. Elizabeth Youngstown Hospital to modernize its emergency power system to ensure when the electric cuts out, the lights — and all of the life-saving equipment — stay on.

The system is more than adequate and tested routinely for fitness, but it’s isolated in the sense that multiple buildings at the sprawling Belmont Avenue campus are connected to multiple, separate generators.

This project combines them into one backup power system.

“The project, which is something I have envisioned for several years now, (and) we were able to finally get funding for last year, is to consolidate all of our siloed emergency generators that are throughout all of the buildings,” Wayne Tennant, vice president of support services for Mercy Health. said.

Eight generators at different locations at the hospital will be replaced with three new generators grouped together on the southern end of the campus near Park Avenue. Two will provide enough backup power as the eight existing generators. Adding a third provides the ability to grow and provide redundancy in the system.

Also, emergency power will be added to the hospital’s chiller plant, which contains three chillers that provide cooling in the summer.

“This creates a much better system for us because of the consolidation and redundancy,” Tennant said.

The project includes improvements to the substation at the northern end of the campus to speed up the process of switching electrical feeds to the facility in case one goes down.

Two electrical feeds at the substation provide power from the grid — “a good thing to have in a hospital setting, particularly here given our size and being a Level 1 trauma and needing to maintain operations consistently and continuously” — but the process to switch feeds if one collapses is manual and can take up to two hours, Tennant said.

“The intention is to do that automatically so that reduces that (the time needed to switch feeds) to about a minute transfer time, so that eliminates all that running of the generators for that duration for an hour or two as we’re trying to do the manual transfer,” Tennant said.

Each generator costs about $750,000. They were purchased from Caterpillar and take four to six months to arrive. The concrete pads for the four new generators have been poured, and internal work is happening to place the connection needed to link the hospital to the generators.

“We wanted to get a head start on that so we’re ready to, so as soon as they get here, they can get planted,” Tennant said.

It’s expected the chiller plant will be online in June with the remaining three generators ready in August.

The project also includes replacing transfer switches in the building and installing new 25,000 gallon and 20,000 gallon underground fuel tanks for the generators, which will be tested and commissioned before going into service, Tennant said.

Most of the old generators will be abandoned in place because of the difficulty to remove them. One will be repurposed, Tennant said, at another site.

Joe Dickey Electric in North Lima is the main contractor on the project. 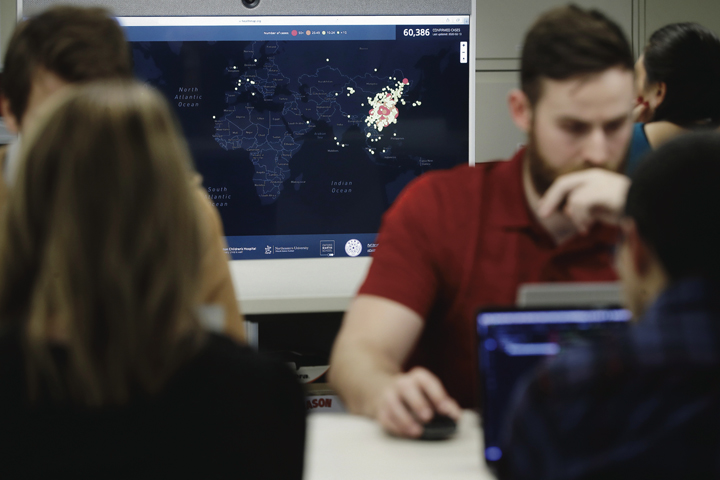